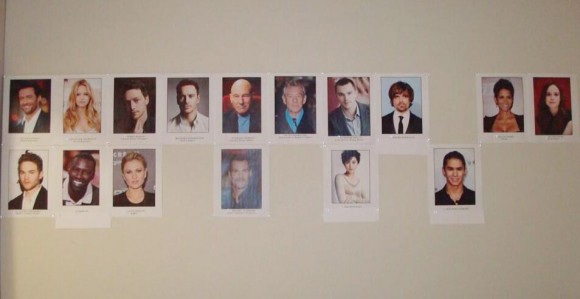 Instead of releasing a single name on Twitter, director Bryan Singer decided to tweet a single picture containing 16 pictures. They were headshots of X-Men: Days of Future Past actors and fans noticed a few new faces in the group.

The first is Daniel Cudmore, the actor who played Colossus in X2 and X-Men: The Last Stand, and Felix in the Twilight Saga. Next up is Fan Bingbing, the Chinese actress currently set to star in Iron Man 3 but who will play the mutant Blink in Days of Future Past. And finally another Twilight actor, Booboo Stewart, in an unspecified role.