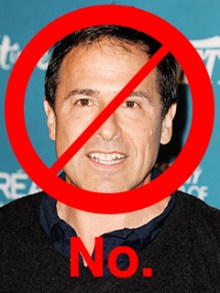 IGN: “Of all the video game movies, why was Uncharted the one for you?”

David O. Russell: “Because it’s centred around a family, and I like the combination of criminals and truth. These guys they’re tough but they’re working on this crazy case, and they can’t do it without truth. I think that’s cool.”

In an interview with IGN about the upcoming Uncharted movie, David O. Russell showcases what little knowledge he has regarding the franchise, the characters, and story. As of Uncharted 1 and 2, there is no focus whatsoever on main character Nathan Drake’s family, nor is there a focus on anyone in the supporting cast’s family. As far as we know, there is–quite literally–no one related to each other in either of the games. There have been slight murmurings that the upcoming Uncharted 3 may focus on some kind of familial relationship (or possible surprise twist) between Nathan and older partner-in-crime Sully, but my theory is Russell saw a screenshot or video or walked by his kid playing the game, noticed a young Nathan standing next to an older Sully, then immediately assumed the game was about father and son rogue artifact thieves. One might suggest that Russell is talking about “family,” the kind of metaphorical bond that isn’t defined by a literal blood relation, except it was previously stated that the movie will feature Nathan Drake’s literal father and uncle. Also, not one fan of the series would refer to Nathan’s adventures as “working on a case,” as Nathan is not a detective — he’s a treasure hunter and thief. Thieves work “jobs,” David O. Russell.