But would it have made the film any better? 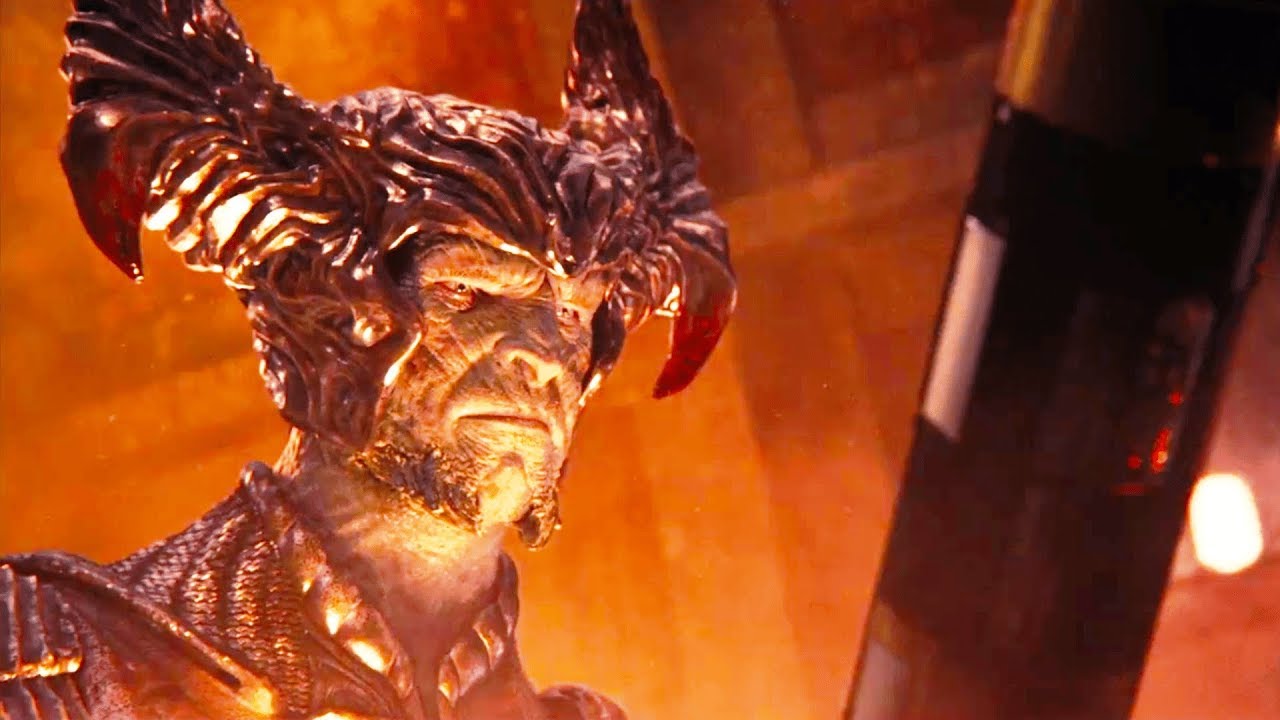 Suicide Squad director David Ayer confirmed on Twitter that his super villain mash-up was set to feature Steppenwolf as its Big Bad, but that plan was derailed when the character was drafted for the Justice League film. Ayer addressed the rumor after a fan tweeted out concept art from Christian Lorenz Scheurer:

The spectacular concept art features Steppenwolf as well as a “boom tube”, a portal that is used by the New Gods like Darkseid. Boom Tubes are opened by Mother Boxes, which featured prominently in Justice League. Ayer’s original vision for the film saw Enchantress under the control of the Mother Box as Steppenwolf planned an invasion via Boom Tube.

This is right. Enchantress was under the control of a mother box and Steppenwolfe was prepping an invasion with a boom tube. Had to lose that then the JL story arcs evolved. https://t.co/pSAag9rpZq

Ayer also noted that he had plans to feature Parademons in Suicide Squad as well, as henchmen for Enchantress.

It’s clear that Ayer lost a lot of his original vision not just to Justice League, but to the machinations of Warner Bros. and the studio system’s attempts to build the DCEU. In addition to losing Steppenwolf, Ayer was forced to simplify Harley Quinn’s character and remove a plot point where Harley would have stood up to the Joker to defend her squad.

After Joker dropped HQ from the help and crashed, Enchantress made a deal with him. He was going to take Harley home and be “King of Gotham” Harley stood up to him and refused to betray her new friends. The Squad turned on him and he escaped. https://t.co/unnOewEYBQ

With all the studio meddling and rewriting, it’s no surprise that Suicide Squad became as incoherent and disjointed as it did. But would these changes have resulted in a better film, or would the entire enterprise have been just as muddled? For me, the film suffered for having too many characters and not enough time to service them all. While Ayer seemed eager to include as many fan favorite squad members as possible, he was unable to fully establish any of them in the 2 hour 17 minute runtime.

While watching the film, I couldn’t help but be struck by the amount of money on the screen: cutting edge special effects, a cast of movie stars and A-list actors, and well regarded director simply couldn’t make the movie work. It will be interesting to see what happens with the franchise once James Gunn takes over for Suicide Squad 2. After all, the Guardians of the Galaxy films shows that, despite his problems off the set, he knows how to make a quirky action ensemble piece.

What did you think of Suicide Squad? Would the inclusion of Steppenwolf have made a difference for you?