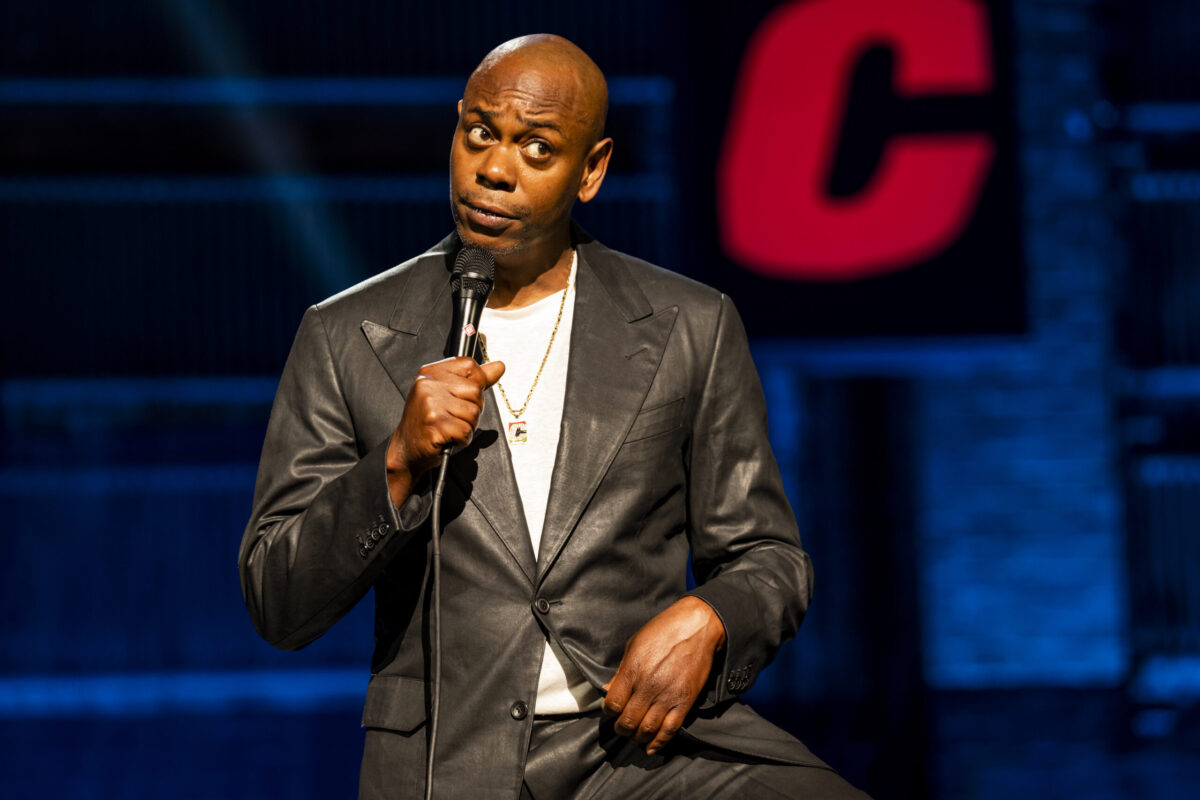 Dave Chappelle is proving cancel culture does not exist as he tours successfully, despite the conversations about transphobia and LGBTQ+ issues his Netflix special The Closer has brought back into the mainstream.

During a set in Nashville, according to witnesses who shared information with TMZ, Chappelle opened up with a “statement” for those who were offended by his jokes in The Closer and pulled out a piece of paper before going: “F*** y’all, n****s!”

Among the alleged jokes was Chappelle saying that he was in so much trouble that he couldn’t get DaBaby on the phone. Then, he asked the audiences, “What do you call a Black trans person in the U.S.?” The answer? “A n***a!” In what was an even more jarringly gross joke, he also said that his wife got him a gun, but because it had a pearl handle, he was afraid of being called a “f—-t.”

You know, for a man who stopped doing his very popular comedy show years ago because he found white people were laughing too hard at certain jokes, it seems like he has very much gotten over that issue of using a platform in an irresponsible way.

Chappelle pointed out that despite being “canceled,” he still had a sold-out show at the Bridgestone Arena, which should probably indicate that he is absolutely not “canceled” and that there literally is no such thing for certain powerful men.

Then, he laid out his terms for meeting with Netflix employees from the LGBTQ community who’ve been protesting since The Closer came out. The video was shared on Instagram:

“It’s been said in the press that I was invited to speak to the transgender employees of Netflix and I refused. That is not true,” says Chappelle. “If they had invited me, I would have accepted it, although I am confused about what we would be speaking about. I said what I said, and boy, I heard what you said. My God, how could I not? You said you want a safe working environment at Netflix. It seems like I’m the only one who can’t go to the office.”

“I want everyone in this audience to know that even though the media frames it that it’s me versus that community, that’s not what it is,” Chappelle added. “Do not blame the LGBTQ community for any of this. It’s about corporate interests, and what I can say, and what I cannot say. For the record, and I need you to know this, everyone I know from that community has been loving and supportive, so I don’t know what this nonsense is about.”

“I am not bending to anyone’s demands. And if you want to meet with me, I am more than willing to, but I have some conditions,” he continued saying he will not be “summoned.” “First of all, you cannot come if you have not watched my special from beginning to end. You must come to a place of my choosing at a time of my choosing, and thirdly, you must admit that Hannah Gadsby is not funny.”

Sigh. To his credit, and I say this very weakly, the tone he uses in most of this clip is serious. What still vexes me is this idea that, somehow … Chappelle being held accountable and not finding distribution for his movie is some sort of free speech issue. He’s rich. He is on tour. One of this tour stops is New York City, a “liberal bubble.” He’s fine. Does it suck that he can’t find distribution? For him, sure.

I hope he does get so speak to Black people in the LGBTQ community who are not just fellow comedians or his fans, but activists who work in the community because that is who he needs to hear from in order to understand, fully, why what he said is harmful and to stop pretending as if he hasn’t been told, multiple times, what the issue is.