Dave Bautista Wants to be in Suicide Squad 2

Why not use your platform to bring attention to the problem with the Alt-Right instead of just following your friend around? 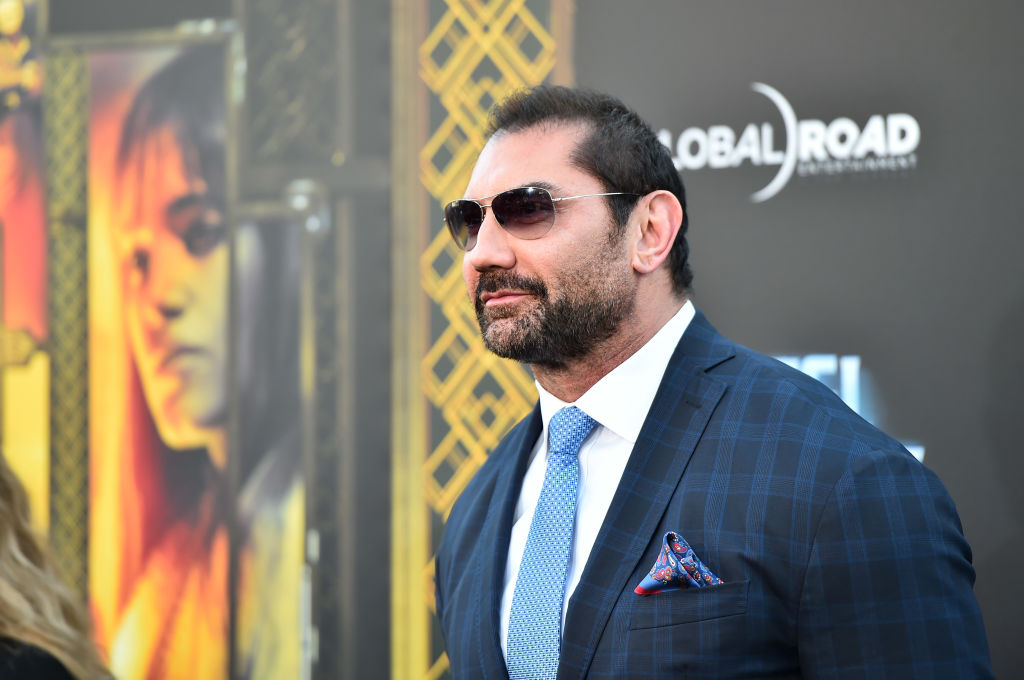 Don’t die on that hill, Dave. Defending your friend, believing him to be right is fine. But throwing your career behind a man who arguably did what he was fired for is taking it a little too far. Look, is it fair what happened to James Gunn? Arguably no. But at the end of the day, James Gunn tweeted those things.

The James Gunn issue is very complicated. On one hand, yes he was found out by Trump supporting trolls. So it doesn’t reflect well on Disney that they knew about the issue and only fired him after the trolls threw a fit. The area surrounding his firing is hazy and not great but then, at the end of the day, he had way too many tweets that were absolutely horrendous. If you want to, you can see all the since-deleted tweets.

For Dave Bautista to constantly be supporting James Gunn honestly is skeptical. Why are you so willing to throw away a prominent Marvel career over your friend who did so something wrong? Sure, they were jokes. But they were jokes that made light of pedophilia, AIDS, racism and more. Why defend your friend when you could be using your platform to bring up the problem with the Alt-Right infiltrating government at higher levels rather than being mad Disney fired your friend for making bad jokes?

It wasn’t one joke either. There were hundreds. Being ‘edgy’ and terrible are two different things and these jokes were terrible. It reflected very poorly on James Gunn and, more importantly, Disney. The parent company of Marvel found an easy way out and they took it. They fired Gunn and were finished with it.

The thing is, Dave Bautista has always been vocal about his support of James Gunn because he is his friend and that is fine. If you feel that strongly about how James Gunn was treated then that is your choice. But literally throwing yourself into Suicide Squad 2 because you want to prove to the world you love James Gunn? It’s a bit much.

No one actively wants to be in Suicide Squad.

Where do I sign up! James Gunn Boards ‘Suicide Squad 2’ To Write And Possibly Direct – Deadline https://t.co/OwdDbAm1Ks

At the end of the day, James Gunn got another job. The Alt-Right just sent him from Marvel to DC. What’s important to note is that the Alt-Right is constantly bashing Dr. Ford for her opening up about Kavanuagh. The Alt-Right is running over people at marches.

A director who did, in fact, tweet those terrible jokes getting fired for the Alt-Right pointing it out should not be the priority. James Gunn is a complicated issue and there is no denying that. Personally, Disney shouldn’t have just fired him because they knew before they even hired him about the tweets. Disney should have owned up to it and worked to clear up the issue.

But now that it is said and done, Dave is going full-ham into this issue instead of focusing his energy on the Alt-Right.

So go ahead, Dave. Go to the DCEU to support your friend. But also recognize that what he did was wrong and that the Alt-Right is threatening a woman who spoke her truth and killing people.