Why People Want a Dark-Skinned Storm 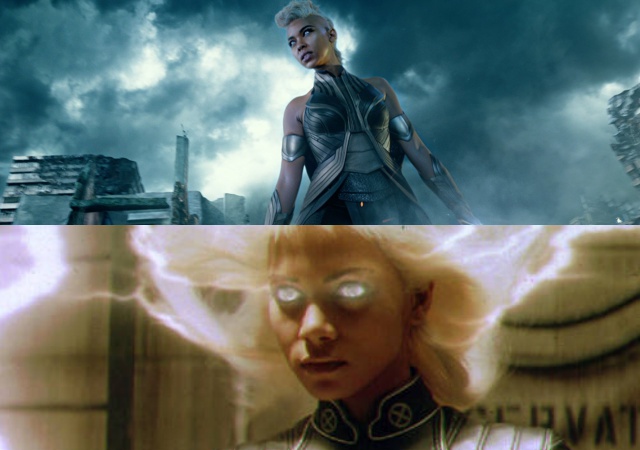 Along with Misty Knight, who appeared in comics the same year (1975), Storm (Ororo Munroe) is one of the first female black comic book superheroes. While the character has a messy history sometimes, as the result of mostly being written by white men throughout a majority of her existence, she is still, along with Black Panther, one of the most important black characters. Which is why her live-action counterparts have been some of the most hotly debated casting choices.

Halle Berry was cast as Storm in the first X-Men film and if you speak to any black person about that choice, even ones who didn’t care about comics, they will tell you it was because Halle was the black female celebrity at the time. She’d just come from winning a Golden Globe and an Emmy for Introducing Dorothy Dandridge, and it catapulted her onto the national stage. So in 2000, she was the perfect choice for a mainstream studio. Angela Bassett was originally up for the role, but she declined, much to the chagrin of people everywhere (and this makes her casting in Black Panther extra delicious).

Storm in the X-Men films is basically a non-entity. She is boring, dull, and uninteresting, which isn’t the fault of Halle Berry—but Berry also didn’t bring anything to the role. So when it came out that they were going to be recasting Storm for Age of Apocolypse, people were excited to see Storm done again and done right.

For a lot of people, this meant having Storm be a darker-skinned black woman. As we discussed yesterday, calling out colorism in Hollywood, and the choices being made, doesn’t mean we are calling out or dismissing the black experiences of mixed-race or lighter-skinned black women. However, it means being aware that there are biases in place.

Halle Berry is a mixed-race woman (white mother/black father), and the actress chosen to take up the mantle of playing a younger Storm was 26-year-old Alexandra Shipp, who is also mixed-race (white mother/black father). While this made sense because Shipp was supposed to be playing a young version of Berry’s Storm in whatever weird time-warp sense this whole X-Men Universe is, people were disappointed.

While Storm’s complexion has changed over the years and depending on the artist, recent versions have made it clear that she is on the darker side complexion wise. Somewhere between Gabrielle Union and Lupita if you need a reference.

As Storm is one of the most powerful and most desirable women in the Marvel Universe (list of people crushing on Storm includes Wolverine, Magneto, Thor, Loki, and Doctor Doom), to have her be dark-skinned in a society that created phrases like “you’re pretty for a dark girl” would be unbelievably powerful . 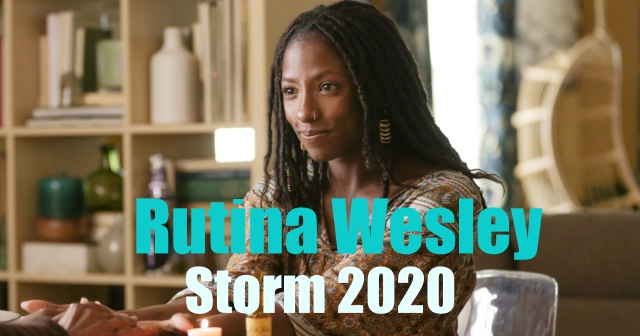 So now that Disney has control of Fox, people have already been thinking about ways to bring Storm and Thor together for much lightening play (please, please, please) and that led to a conflict between people on Twitter, and Shipp.

I woild LOVE this! Bring it on 💪🏾 https://t.co/KKVRaKfJ8I

Agreed. But why go after an actor? What good does that bring?Wouldn’t talking to one and getting them to see your side without offending them work better? Take it up with someone who can do something!Cuz I’m never turning down a role to make other ppl feel comfortable EVER. https://t.co/U25bUHSpZf

You wanna know what I’ve found interesting? That 90% of the racism I’ve experienced in my lifetime has been at the hands of fellow black people. It’s crazy! Why do this? Why tell a woman she’s not enough because YOU THINK SO??

You guys act like i dont want every skin tone represented on TV smh who would ever want that? This conversation about Storm is so stupid, I’m out. Y’all don’t know me and probably never will. If i lose my job to another actress, i hope it’s for her talent and grace, not her skin.

Now, I understand Shipp’s anger about being called out for being “racially ambiguous,” because she most certainly is not and neither is Halle, but the frustration isn’t directed at Shipp. It is directed a society that takes one of the few positive black female African characters, and lightens her constantly. Black comic book fans have been fighting to maintain Storm’s blackness for decades, and deserve to be recognized. We cannot pretend that there aren’t perceptional differences between African-Americans and black Africans—and that there isn’t a reason that a majority of the female black stars we have today are lighter-skinned or mixed-race women. Again, that isn’t the fault of the actresses, but if they dismiss all conversation around the issue as hate, then nothing can be done.

I recognize that Shipp is young, and an actress, and she is not going to stop her career, which is just now picking up, and turn down roles because of colorism. However, that doesn’t make the conversation about Storm stupid. It is not stupid to want one of the most important, most powerful, and most beloved black female characters to be dark-skinned. Especially when she is. Black Panther can’t be the only place where a range of blackness is shown in comic book movies.