Update: 2nd Round of The Dark Knight Rises Viral Marketing is… Fake 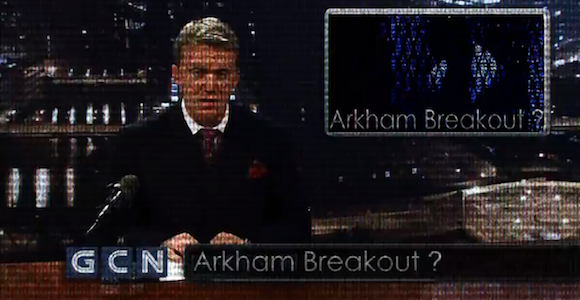 There is no news but DC Comics news today, folks, this time from the cinematic end of the fictional universe’s many deviations, with the discovery of a second push of viral marketing for The Dark Knight Rises.

So, here’s how it works:

One shows Anthony Michael Hall, reprising his role as Gotham newscaster from The Dark Knight, commentating over some grainy footage of an Arkham breakout.

One with a bunch of black-bagged prisoners being led through rooms,

and one of some explosions.

All three vids involve the creepy chanting we’ve associated with the marketing campaign so far.

According to Newsarama, one of these videos holds a “subliminal” link to a Facebook page for The Fire Rises, which contains a completely black profile photo, and the following wall photo: 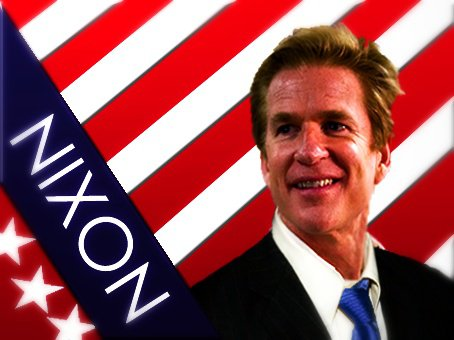 A campaign picture for Matthew Modine‘s character Nixon, who was touted as a major villain by the actor this weekend.

What’s more, the Facebook page is counting every “like” it gets, much in the same way that @thefirerises counted its followers, so hop on and like away. Maybe we’ll get something as awesome as that first picture of Bane.

Bane? Arkham breakouts? You’re just going to keep teasing me with the hope that TDKR will follow the Knightfall and Knightsend storylines, aren’t you movie.

UPDATE: There seems to be some indication that this is the work of a very busy fan, and not Warner Bros. Get out the salt, this one is quite fake.