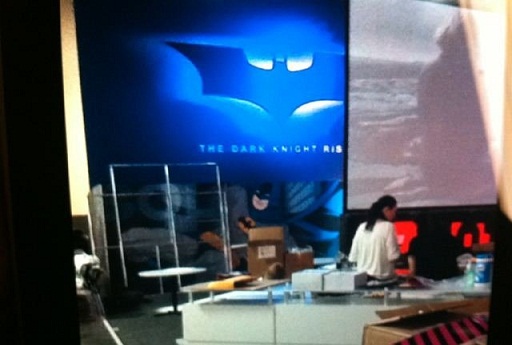 According to The Daily Blam! this image of the logo for The Dark Knight Rises is from the 2011 Las Vegas Licensing Expo, and the idea doesn’t seem too farfetched, since Marvel has also debuted material for their still-a-year-away The Avengers.

At first glance, I thought this was far to similar to the Batman Begins logo, but on further inspection, the Begins logo was covered in a rusty patina, followed by the shattered logo of The Dark Knight, so maybe what we’re looking at here is thematic evidence of a rough, inexperienced Batman, followed by his first major test as a superhero, followed by the completion of Nolan’s character arc with a tempered, rounded, risen Dark Knight.

Or this is some kind of working logo and I’m reading too much into it.

Oh, and they’ve added some dude to the cast.

(via The Daily Blam!)