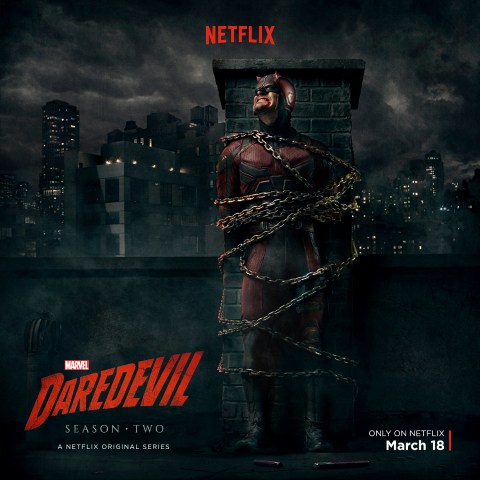 We have seen (some of) Daredevil season two, and it was good. Mostly.

Despite the TV format allowing the Netflix show’s first season to mitigate the “origin story” aspect, that’s still very much what that season was. It set up the characters, provided a clearly defined villain, and came to a satisfying, costumed conclusion that left us with more than enough loose ends to foster future storylines. The second season is something different entirely, and that freedom to move the story forward is great, though it comes with its own pitfalls.

We haven’t seen how season two comes to a close just yet, so it’s hard to fully review at this point, though we can give you an idea of what to expect. It’s also hard to review because we can’t tell you anything specific about the plot, lest Marvel and Netflix’s elite ninjas converge on us swiftly. Still, I’ll do my best to tell you what I can and keep this review/preview above a 2nd grade level: “I liked Daredevil season two. It was cool. The part where Daredevil fought the bad guys was neat. It was good.”

First and foremost, Elektra and Punisher, both their characters and performances, really work. Jon Bernthal is appropriately frightening but pained as Frank Castle, and Élodie Yung expertly pulls off a confident, charismatic, and dangerous Elektra. The rest of the cast (Charlie Cox, Deborah Ann Woll, Elden Henson, and Rosario Dawson) is just how you remember them: good individually and good chemistry as a team. I don’t know if I’m just noticing it more or if he’s growing during his time with the role, but Charlie Cox seems more convincing than ever with the subtler details of his character’s blindness, which I appreciate. (I’m talking tiny mannerisms that remind me of my father, who’s blind. A+, Cox.)

There’s a lot of action, and the show really makes the best of its freedom on Netflix with the violence and just a smattering of

Really, things get uncomfortably bloody at points—more so than the first season—but it’s only a little gratuitous when you consider the story they’re trying to tell, especially with Punisher. Like the first season, it’s excellent, down-and-dirty street-level superhero stuff that the Marvel movies don’t get into.

As for other things I can tell you, the Daredevil costume continues to evolve, and only for the better, as far as I’m concerned. There are some great fight scenes that are fun to watch even when they’re quite clearly trying to top things that were done in season one. You’ll also notice some pretty obvious thematic parallels to what’s going on in the MCU, but that fits in naturally with where a street-level superhero story would have to go at this point anyway.

A big way that season two differs from the first is in how it handles having a Big Bad. Unlike with Fisk in season one, where we got a lot of his back story, and not much was left unknown to the audience, season two is a bit more guarded. There’s not a single clear villain, and it relies a lot more on keeping the viewer on their toes with a bit of mystery, some of which was pretty much set up by the overarching plot elements that were still left a bit ambiguous in the first season.

All that said, you’re probably wondering where season two might have gone wrong. Unfortunately, it does seem to suffer from a bit of Batman and Robin-ing, but it’s not a huge problem, and I find it hard to blame them. Season two is adding a lot of new ideas and characters into the formula established in the first season, and that leads to a bit of unevenness and the feeling that some things are a bit rushed. I understand and frankly appreciate the desire to move the story along and not spend an entire season bringing Elektra in, another adding Punisher, and a third to tie things all back together with the main plot, but squeezing all that into a single season is no easy task.

That’ll lead to a bit of silliness as characters do some odd things that the audience might not quite have gotten the idea might be in their nature just yet. Fans who know the characters and at least a bit of background will likely understand where these actions are coming from, but that doesn’t mean it’s adequately communicated within the show. On the other hand, that doesn’t mean it’s nearly as ridiculous as I remember this being, either: 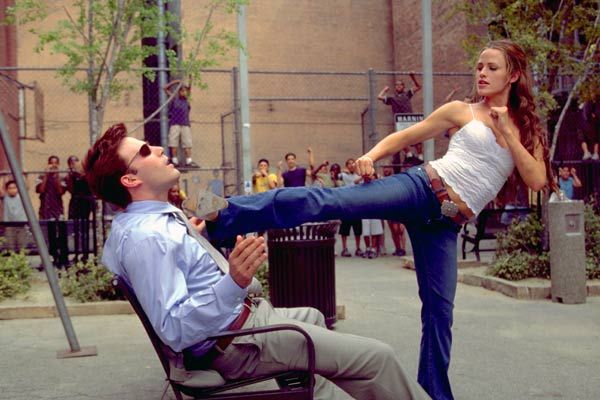 Again, I’m glad we’re not wasting any time (or additional seasons, which would take years) advancing the story and adding new characters and plot lines, but you will likely notice signs of a struggle with fitting everything in. With that unevenness of pacing also comes a bit too slow of a burn in picking up the plot threads left behind at the end of last season for my tastes, but I’m willing to reserve final judgment on that until I see how everything finally comes together.

However, if you liked the first season and have been excited for this one so far (like me), it won’t let you down.

There will be blood. 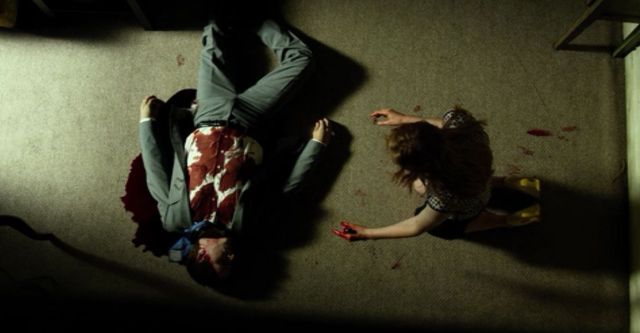 There will be lawyering. 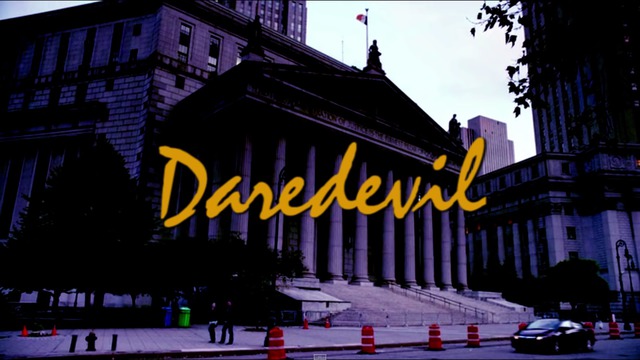 There will be friendship (AKA Foggy’s superpower). 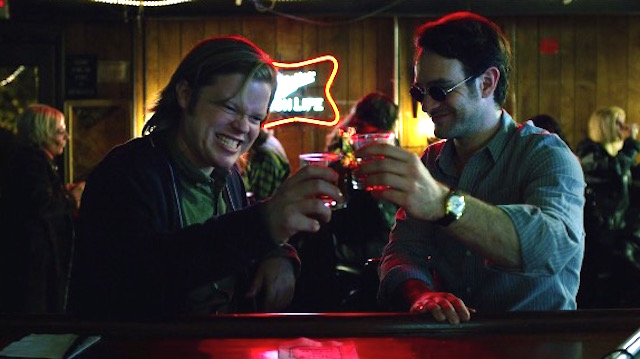 There will be more references to the wider goings-on in Marvel’s TV and movie universes.

There will be a definite sense that the time might finally be upon us where TV is better for a sprawling superhero universe than movies—or at least as good—and I’m all for it.

I’ll be back with a full review in greater detail when the season debuts on March 18, and until then, you can catch up with my recaps of season one.