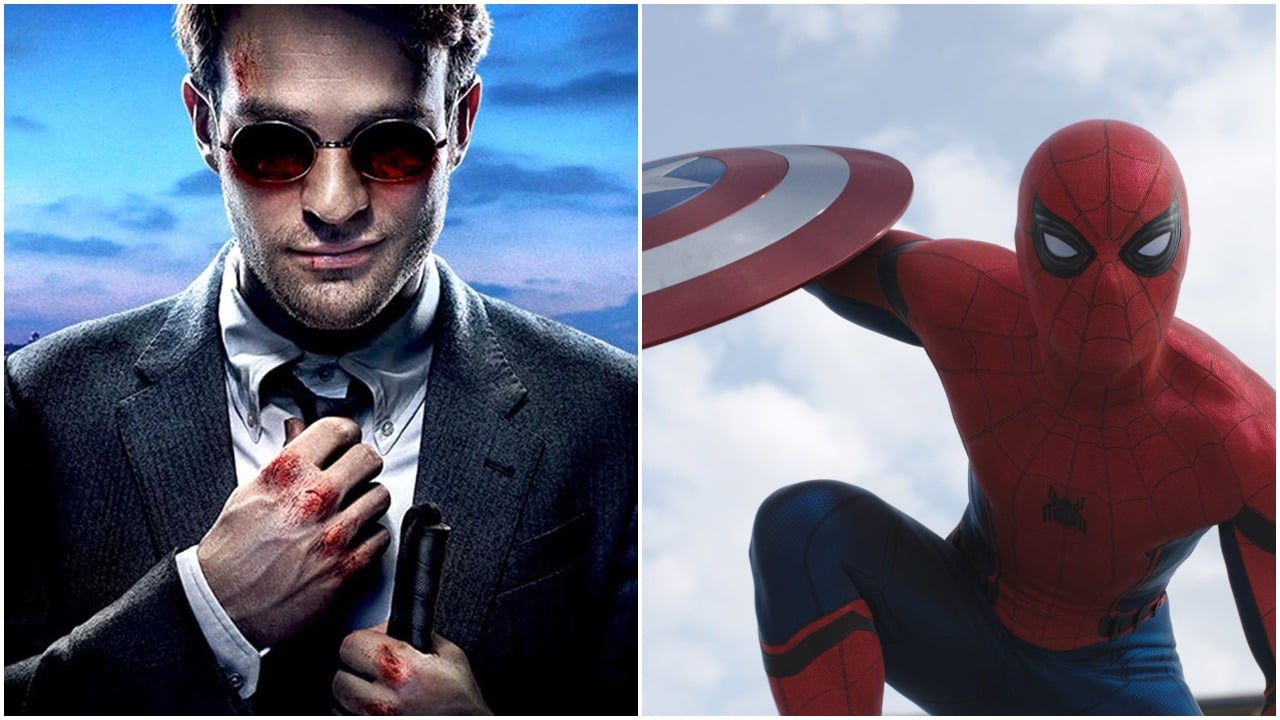 Marvel head Kevin Feige himself, while discussing Spider-Man: Far From Home, has hinted at possibly using Netflix characters down the line, so why not pin our hopes on our good New York boys teaming up to fight off Kingpin and also talk a lot about their sad feelings? Besides, we could always use another awesome hallway fight scene. We didn’t get enough of them in Daredevil’s three-season existence, after all.

The Marvel Netflix Universe is no more, a casualty of the Disney+ streaming service coming to life. That means no more Luke Cage, no more Iron Fist (thank goodness), no more Jessica Jones, and worst of all, no more Daredevil. Matt Murdock was my favorite of the Netflix heroes, and honestly, if Marvel wanted a Netflix hero they could easily bring into the Marvel Cinematic Universe, he’s their best hope.

The best way to introduce a Netflix hero would be to tie them into an existing franchise within the MCU. Matt Murdock has the best in for that: He and Peter Parker have been allies before. After the Netflix hold on the characters expires in two years, bringing Daredevil in to reluctantly team up with Spider-Man would be a great re-introduction of the character, as well as the former Netflix world to the larger MCU.

At this point in time, readers might be thinking, “Why combine one of Marvel’s grimmest properties with the endlessly upbeat Spider-Man franchise?” That’s a valid point. Daredevil wasn’t exactly happy-go-lucky. It’s particularly well-known for Catholic guilt, religious imagery, and intense hallway battle scenes. Meanwhile, Peter Parker is known for being a beacon of sunshine.

Dropping Matt Murdock into the world of Spider-Man, though, would be an easy way to showcase how Peter is growing up, while at the same time making Matt a little more snarky and in-line with the MCU’s quippy world. They’d balance each other out, and the character potential there is quite interesting.

Combining that intense Catholic guilt with Tom Holland’s endlessly optimistic Peter Parker would provide ground for a lot of story and some interesting dynamics. Matt is dour where Peter is upbeat, and Peter is naive where Matt is more cynical. They would have a lot of philosophical ground to cover as they parkour their way around New York.

Each character is also marked by loss. Matt has suffered blow after blow, and Peter is still grieving the loss of Tony Stark. Their different perspectives on grief, heroism, and what their father/father figure taught them could lead to some of the MCU’s more complicated moral stories.

Besides, where there is Cox’s Daredevil, so will there be Vincent D’Onofrio’s Wilson Fisk. We’ve seen Kingpin as a fantastic Spider-villain in the comics, in the PlayStation 4 game, and in Spider-Man: Into the Spider-Verse. Bringing D’Onofrio’s take on the character into the MCU would allow for Peter to face one of his most iconic villains while not having recast. D’Onofrio was one of the best parts of Daredevil; recasting him for the movies would require a lot of goodwill from the audience.

This is also where I must say that I’m biased and that Daredevil being brought into the MCU could lead to a Punisher cameo, and I really just want Jon Bernthal in the MCU proper.

The Netflix shows have always been oddly disconnected from the films. They’d reference the attack on New York, but it didn’t go the other way. Similarly, we’ve seen overlap in actors being cast on both the shows and in the films for vastly different and unconnected roles. The Netflix Marvel Universe could easily be retconned into the cinematic universe. Besides, I want to know exactly what happened in Matt’s world when people started turning to dust. Was he Snapped up, or did he spend five years blaming himself even though he was flipping around NYC and had nothing to do with it?

The end of Spider-Man: Far From Home sets up a very different Peter Parker, as well. A more grownup Peter, dealing with more responsibility and his endless identity crisis, would banter well with Matt, especially a Matt who’s gone through the Snapture. There’s potential here for really interesting character growth that puts Daredevil at the top of my list to make the jump from Netflix to movies.