"You have to know that she could kick ass." 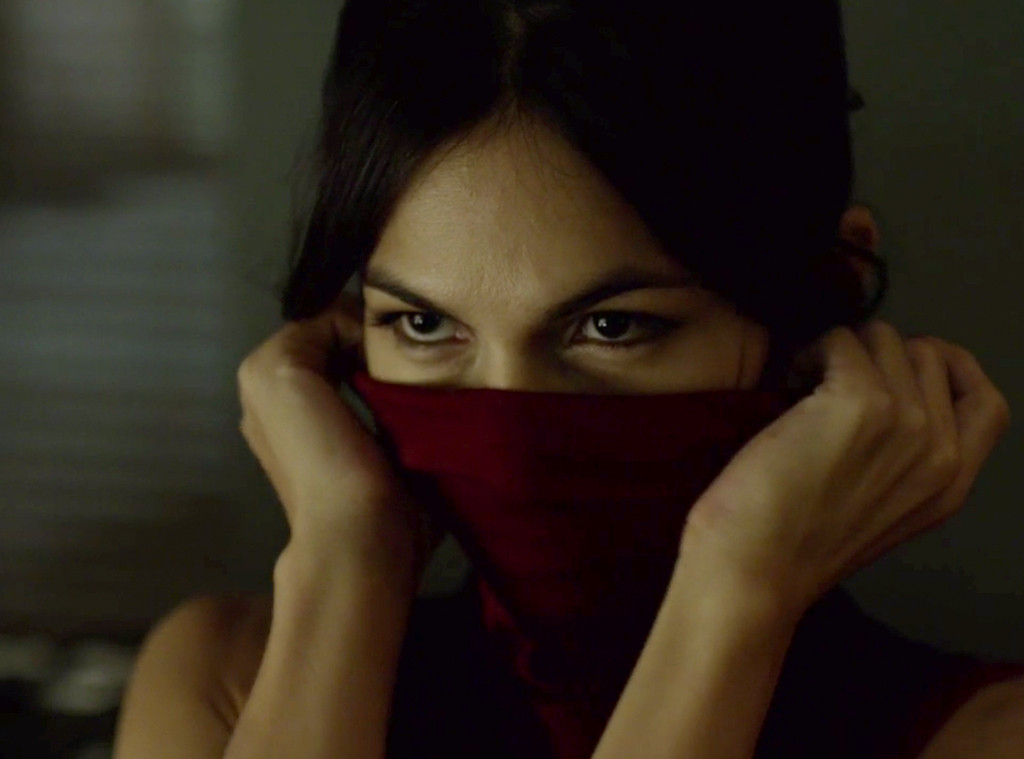 Daredevil Season 2 is now ours for the binge-watching, and costume designer Lorraine Calvert is sharing all kinds of deets on how she outfitted Elektra and Daredevil for the series’ second season.

Calvert, who joined Daredevil for Season 2, told Entertainment Weekly that the initial ideas for Elektra’s costume differed a lot from the final project:

Ideas were tossed around about how she was possibly bohemian, [because] she was a free spirit who traveled all over the world with as much money as she possibly could. And then it got a little more spare … She really needs a very simple, elegant line because too much cloth is overwhelming […] You have to know that she could kick ass, as opposed to the bikini that was in the comic books.

Elektra’s costume was comprised of pieces that Calvert says were “unbelievably painless” to find, with the exception of the hood and leather leggings, which it took some time to fit well enough for Elektra actress Elodie Yung to have full range of motion. Calvert explains, “You just want your leading lady to look as beautiful as possible and powerful and sexy, and not in any way awkward.”

To find out more about how Calvert updated Elektra’s outfit, and the changes she made to Daredevil’s suit this season, you can see the full interview on Entertainment Weekly.