Jinkies! Scooby-Doo’s Daphne and Velma Are Getting Their Own Live-Action Origin Film

*Whispers* But can they be girlfriends? 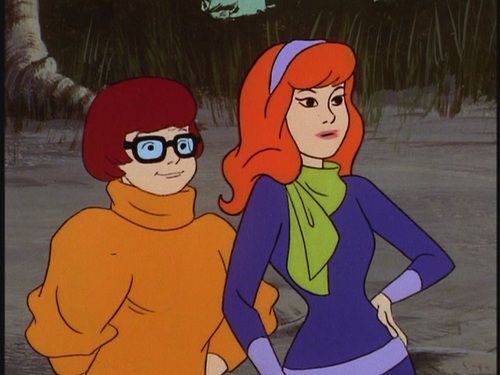 Have you ever wondered what Scooby-Doo would look like if it was just Daphne and Velma, or what life was like for the two teens were like prior to joining the Mystery inc gang?

Well, the two are getting their own origin story in a live-action feature from Jennifer and Ashley Tisdale’s production company Blondie Girl. The synopsis reads:

“Daphne and Velma tells the story of Daphne Blake and Velma Dinkley before they team up with Scooby and the rest of the Mystery Inc. gang. The mystery-solving teens are best friends but have only met online — until Daphne transfers to Velma’s school, Ridge Valley High, stocked with high-tech gadgetry by the school’s benefactor, tech billionaire Tobias Bloom. While their peers vie for a coveted internship at Bloom’s company, Daphne and Velma try to uncover the reason why the school’s brightest students are disappearing — only to emerge again in a zombie-fied state.”

The premise sounds really interesting as a modernized version of the story, and I’m especially curious and excited about the prospect of the two being best friends who solve mysteries long before Fred, Scooby, or Shaggy appear. It would be really refreshing to see Daphne and Velma – female character types that are so often in opposition or competition with one another – being the center of the story. In the starring roles are Sarah Jeffery, who will play Daphne and Sarah Gilman, who will play Velma.

In a statement, the Tisdale sisters wrote they are “committed to telling stories from a female perspective and we could not be more thrilled to give Daphen and Velma their own story.” The two also stated they are excited to “introduce a new generation to the smart, charismatic, fearless females that we all know and love.”

Are you excited for Daphne and Velma?