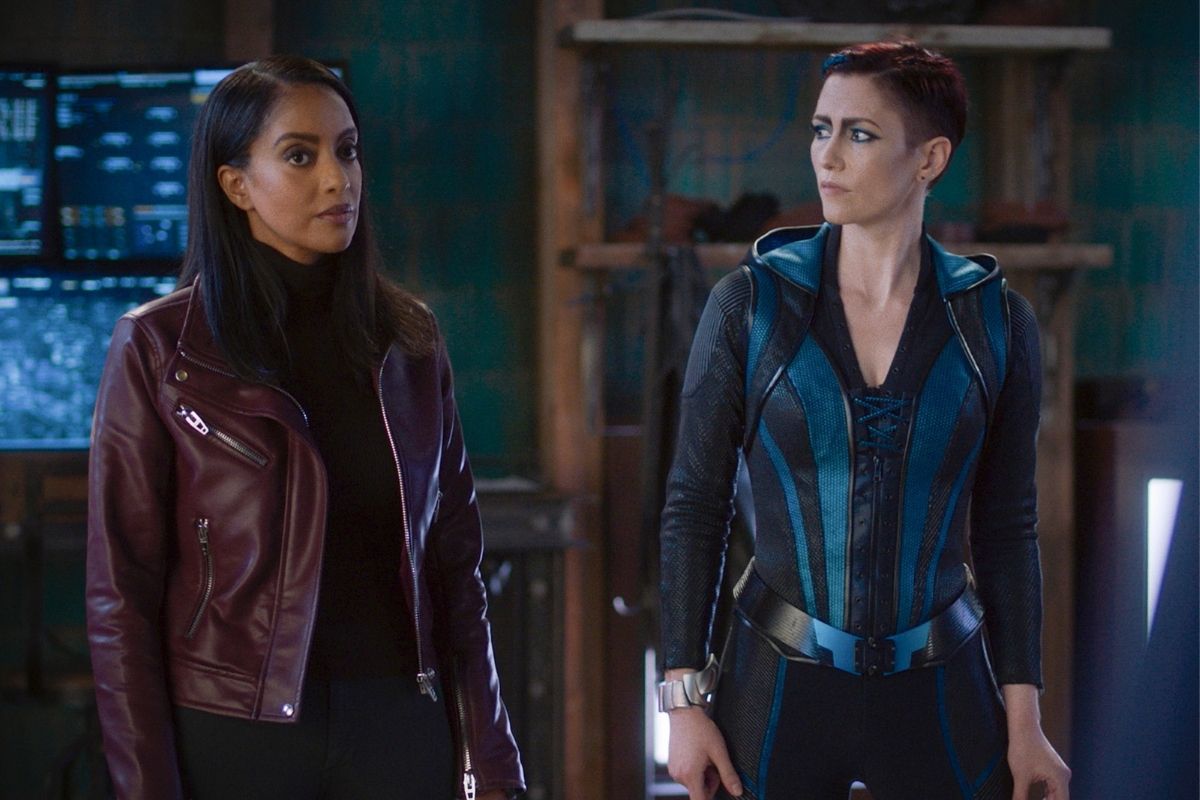 Supergirl’s Alex and Kelly (Dansen) are apparently too healthy to have the important conversations, according to showrunners Jessica Queller and Robert Rovner. In an interview with The Wrap, they said that they knew that Kelly would be supportive of Kara being Supergirl and Alex not telling her. So, basically, they saw no point in bringing up the conversation onscreen for viewers to see.

What that tells me and viewers alike is that healthy LGBTQ relationships aren’t worth screen time, and that’s wrong on so many levels. Just because Dansen will be ok with each other, doesn’t mean that I didn’t want to see Alex and Kelly having the Supergirl/Kara conversation. Because if we learn from the media we consume, I would’ve learned from this scene how healthy couples like Dansen handle secrets and omissions of truth, according to Supergirl.

But thanks to Queller and Rovner, I’ll never get to see Alex and Kelly have the conversation that every other person on Supergirl has had. Like seriously, the showrunners even thought that J’onn and Lena telling Alex to tell Kelly about Kara being Supergirl was worth screen time. But the actual conversation between Dansen? Nah. That’s not something that’s worth even a minute of screen time. Let’s just save that up for more Lex time, as if we didn’t already have enough of him.

It only gets worse from there.

According to Queller, the show already had the news of Kara being Supergirl going wrong with Kara and Lena in the previous season. So, they didn’t want to go down that road again with Kelly and Alex. And I call bull. Kelly deserved to share her frustrations—if she had any, as I believe she would—at having a partner lie to her by omission and making it impossible for Kelly to properly support her partner.

It shows major disrespect to Alex, as well. She has been mulling over telling Kelly since things got serious. It has weighed on her mind, and we’ve seen her struggle with it. And to just let it slide and happen offscreen is a disrespect to her journey or lack thereof in the recent seasons, and what she’s been through so far as a queer woman on Supergirl.

Representation of healthy couples on TV still has major strides to take when it comes to the Arrowverse or whatever it’s called now. And with Legends of Tomorrow not returning until May and Black Lightning ending this season, it feels lonely when you’re looking for LGBTQ-friendly content when it comes to superheroes. It feels especially lonely when queer moments are deemed not worth a show’s time.

Sorry, not sorry, but LGBTQ moments are worth Supergirl’s time, no matter what Queller or Rovner think. So stop sidelining them because they’re too healthy. We want to see healthy onscreen, too.