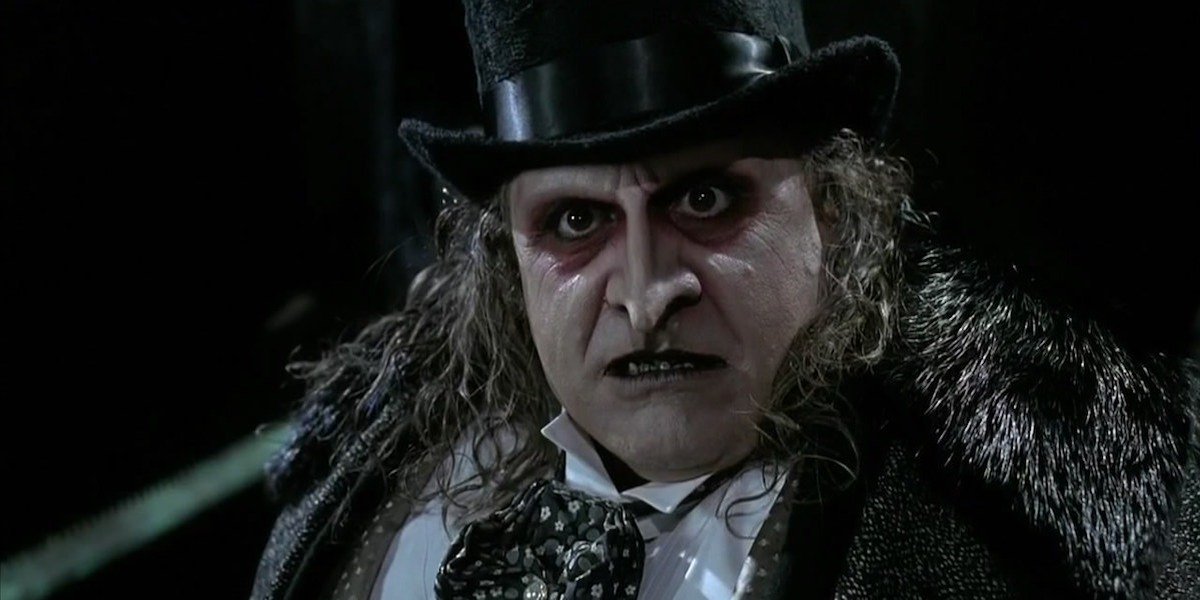 Remember watching Michelle Pfeiffer and Danny DeVito team up as Selina Kyle and Oswald Cobblepot in Tim Burton’s Batman Returns? And watching the two fully understand how each of these Batman “supervillains” function in their worlds? I mean, how could we forget? They’re iconic! Remember when Catwoman decided to go see the Penguin and they just kept making crude jokes at each other? Cause I sure do!

Now we’ll get to see even more of the Penguin’s story—direct from the source. Danny DeVito IS the definitive Penguin for many fans of Batman, and we’re getting a new comic story from the actor! As part of the Gotham City Villains Anniversary Giant, DeVito’s Penguin comic will join the ranks of stories by Wes Craig, G. Willow Wilson, Joshua Williamson, Stephanie Phillips, Dan Watters, and Mairghread Scott. The anthology issue will also include art from Emma Rios, Khary Randolph, Jill Thompson, Riccardo Federici, and Christian Ward.

What makes this so exciting is the enduring love that fans have for DeVito’s Oswald Cobblepot and Danny DeVito in general. The Penguin is a villain in the world of Batman who was sent away from his rich parents because of his appearance and was taken in and raised by penguins in the Gotham zoo. Yup! There, he grew to be something of their leader until he went into the world and tried to run for office, despite the fact that he DID bite someone.

While DeVito’s Cobblepot met his end by the final moments of the 1992 film Batman Returns, our affection for the (admittedly extremely villainous) character did not diminish and still remains years after the movie came out in 1992. That love has translated into years of fans asking when we’d get another Penguin movie with Danny DeVito or if he’d ever go back for a cameo, so this story is an ode to the longstanding impact of his take on the character.

The thing about Batman villains is that they are, for the most part, people who survive the strangest of circumstances that would kill anyone else. They have odd quirks or elements of their character arc that can’t exist. I’m pretty sure if we all fell into vats of chemicals, we wouldn’t become the Joker. We’d just die.

In the world of Gotham, however, anything is possible, and that includes coming to life as the Penguin and commanding penguins to do your bidding. A character that shouldn’t have such an emotional character arc but when you have Danny DeVito in the role, that’s just what happened in Batman Returns.

I’m extremely excited to see Danny DeVito’s personal take on the character and where he’ll take the Penguin storywise. We saw Tim Burton’s approach with the movie and how DeVito felt about it nearly 30 years ago, so coming back after all this time to write a comic? It’s going to be interesting. But in DeVito we trust!