I Guess No One Told Hamlet: Danish DNA May Hold The Secret To Happiness

But where does feeling like "a room without a roof" come in? 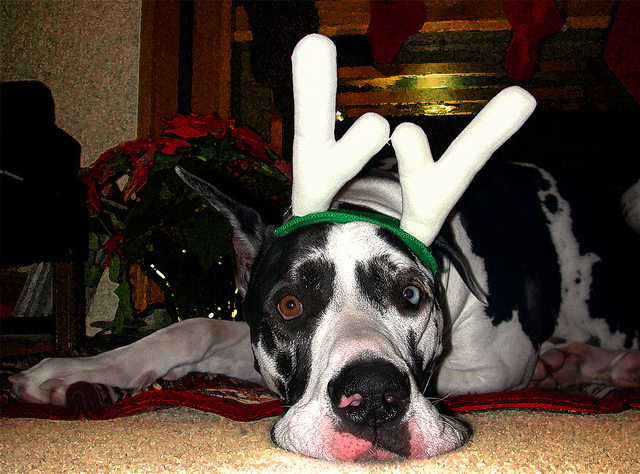 Denmark routinely tops rankings of the world’s happiest nations, but new research shows Danish well-being might not actually stem from the country’s social practices (or its excess of warm puppies): economists from the University’s Centre for Competitive Advantage in the Global Economy released a study this month that suggests the more Danish your genetic make-up is, the likelier you are to be happy.

For the working paper National Happiness and Genetic Distance: A Cautious Exploration, the economists examined three different forms of evidence to see if there was a possible link between a country’s genetic composition and its national happiness. The researchers compiled data from polls performed on 131 different countries, utilizing resources such as the Gallup World Poll and the European Quality of Life Surveys. Dr. Eugenio Proto, co-author on the study, describes their findings:

The results were surprising, we found that the greater a nation’s genetic distance from Denmark, the lower the reported wellbeing of that nation. Our research adjusts for many other influences including Gross Domestic Product, culture, religion and the strength of the welfare state and geography.

Next, the team looked at pre-existing research that, although “highly debated,” suggests mental wellbeing may be connected to the length of a mutated gene associated with an increase in serotonin. Prior studies have shown that short variations of the gene could lead to higher levels of neuroticism and dissatisfaction, but the team discovered that “among the 30 nations included in the study, it is Denmark and the Netherlands that appear to have the lowest percentage of people with this short version.”

Naturally, the researcher’s findings in their first two areas of evidence might have been compromised had the team discovered that people of Danish descent experience less wellbeing living outside of the country than people with similar genetic make-up who actually reside in Denmark. But study researcher Professor Andrew Oswald explained that the team observed a correlation between the apparent happiness of certain nations and the “wellbeing of Americans whose ancestors came from these nations, even after controlling for personal income and religion.”

As the study’s title indicates, the researchers themselves are reluctant to jump to any conclusion about what their findings might indicate, however, the study does lend some legitimacy to the idea that genetic make-up may play a role in national happiness. Says Professor Oswald, “more research in this area is now needed and economists and social scientists may need to pay greater heed to the role of genetic variation across national populations.”