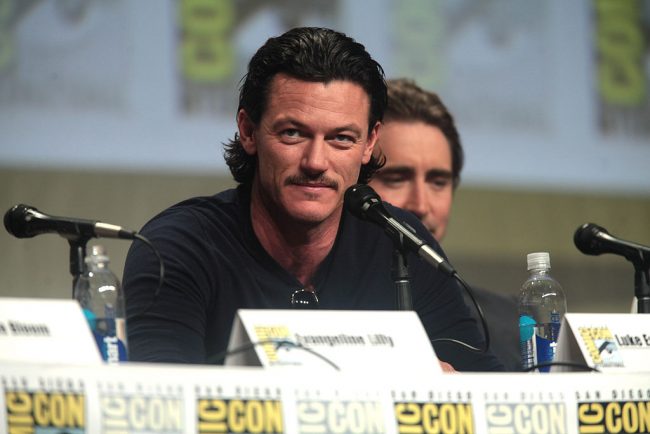 Picture it: New York City in 1896. Theodore Roosevelt, the newly-appointed police commissioner, enlists criminal psychologist Dr. Laszlo Kreizler and newspaper journalist John Moore to look into the gruesome murders of boy prostitutes. That’s the story behind The Alienist, the best-selling novel by Caleb Carr, which has been picked up for series by TNT.

According to Deadline, Captain America: Civil War star and mission report enthusiast Daniel Brühl has been tapped to play Dr. Kreizler while The Hobbit actor and Orlando Bloom lookalike Luke Evans has signed on to play reporter John Moore. In case you were wondering, Theodore Roosevelt really was the New York City police commissioner before getting elected president so there is some historical accuracy here. If you’re also curious about the name, alienist is a reference to Dr. Kreizler’s occupation.

As the two-man investigating crew track down the city’s first serial killers, they’ll get some help from a young secretary named Sara Howard who works for Roosevelt and is set on becoming the city’s first female police detective. In other words, she’s the badass who will likely become an integral part of this little shindig.

The show is slated to premiere in late 2017, and will be directed by Jakob Verbruggen, who also worked on Black Mirror. Does that mean there’s a chance it will premiere on December 16? Please make it so!

Will you watch this?