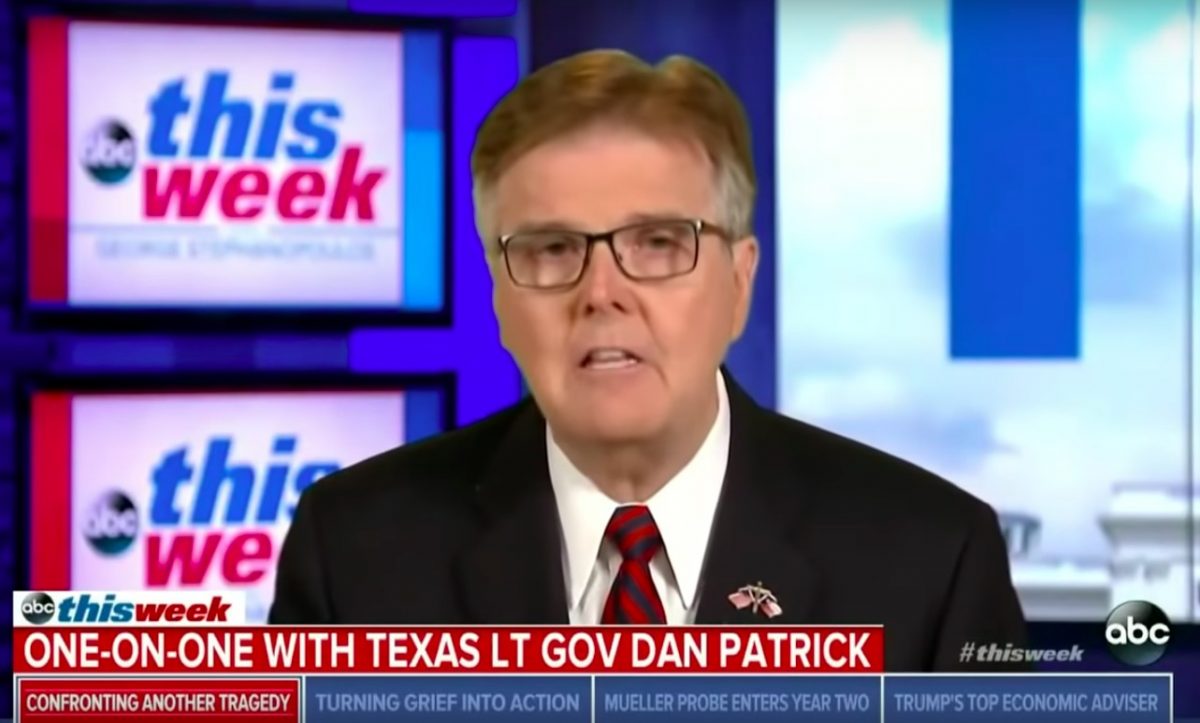 Friday brought with it yet another in a line of tragedies we’re getting all too used to in the United States: another school shooting, this time at Santa Fe High School in Texas. It’s true that multiple factors contribute to these large-scale murder sprees in our schools—easy access to deadly guns and misogyny, to name two—but the repeated insistence of blaming anything and everything else, by some members of the public and government officials, has to be the most frustratingly ironic one.

While reports were still coming in of exactly what happened on Friday, Texas Lieutenant Governor Dan Patrick jumped into the fray to announce that security at schools is the real problem, particularly the number of entrances and exits available. He even went so far as to suggest that the problem could be alleviated if there were only one way (or maybe two!) in or out of the school, which would double as a security checkpoint. Even if you ignore the ludicrousness of that specific suggestion and focus on Patrick’s sentiment that more security is the answer, it’s hard to ignore what a roundabout way that is to address a problem that could be met head on instead.

Luckily, there are plenty of other things—things that are not guns—to blame instead. On ABC’s This Week yesterday, he pretty much just started listing things he doesn’t like, such as abortion, the “breakup of families,” violent movies, violent video games, and bullying on social media. Unsurprisingly, he completely ignored that those things aren’t unique to the United States, but our country’s level of gun violence is among otherwise similar nations, as is our saturation of guns. He admitted that the problem is multi-faceted, but the one of those facets he conspicuously skirted was the guns themselves, only saying that gun owners need to be responsible for their weapons.

Of course, Patrick inevitably brought up the second amendment to the Constitution as a defense for not blaming guns—an amendment adopted in 1791, which could not possibly have been intended to guarantee the right to own an AR-15 or other incredibly deadly weapons, and which is supposed to be up for interpretation by the U.S. Supreme Court, as well as for potential change through mechanisms intentionally set forth for our government to do so. The current, dangerous interpretation of it that’s used to fight even the most modest gun law reform—forget about anything that would actually have an impact on mass shootings—is entirely unnecessary, despite its adherents’ insistence that it’s some kind of immutable holy decree. Sure enough, Patrick has said he “believes” in the second amendment, like that belief alone is enough to sustain its existence and prioritize it over any rationality.

The determination to stick to that interpretation is what creates logic like Patrick’s: Guns are good. Guns don’t kill people. People do. Once we get rid of all the people, and their movies and video games and Facebook and bad school security, the guns will be able to live together in harmony. Simple, right? Surely, there is no easier solution, no other common factor to fix. We must instead alter and restrict every other aspect of our lives as necessary to accommodate guns, which must be allowed complete freedom.