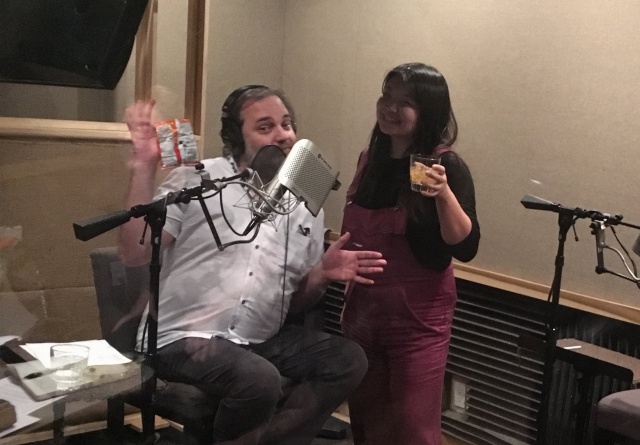 Dan Harmon recently delivered an apology that spoke to a lot of people as an example of how to, first of all, give a real apology, and secondly, have a productive discussion about the issue of sexual harassment in the workplace. Harmon has continued to build upon that conversation on another podcast that he co-hosts with Jessica Gao, a writer on Rick and Morty.

“Whiting Wongs” is a podcast that started by discussing the issue of what means to be a female writer of color in a majority white and male writing room. It is a fun podcast filled with Rick and Morty jokes and crass humor. Gao joined the show during the third season as part of the influx of women who joined the staff after complaints had been made about the lack of women on the staff.

The podcast has been an avenue of Gao and Harmon to deal with issues of meritocracy and other racial issues that exist within the world of show writing and other places. In their most recent episode “I Had to Think Wong and Hard” which was released yesterday, they talk about the apology, sexual harassment in the workplace, and the issue of what should be allowed in the writing room.

Gao brings up that when she was a younger writer, just getting her start, she would come to work wearing “sexier” clothes, because she was younger and in her words “hotter” and it was just a thing.  One day she came to work wearing a Star Wars sweater and her boss, in the writing room, in front of everyone, started talking about how he preferred it when she wore cool stuff like that instead of her other clothes where “[her] tits are hanging out.” That already gross comment snowballed into a ten-minute rant about how when she dresses too sexy and it’s distracting, and included other women on the show who have cleavage and how that is also “distracting.”

According to Gao, the other men in the room had horrified looks on their faces, because Gao was the only woman in the writing room and the comments were clearly inappropriate. After it happened, two of the writers came to Gao and asked, “What do you want me to do?”—an action that Gao says is a good step, because it allows the victim to dictate what they are comfortable with. Gao says that the things that were going through her head were that if she complained, it could stigmatize her as a woman who was difficult to work with and couldn’t hang with the guys. Or that showrunner, who would most likely go on to a next job, might drag her name in the mud.

“It would perpetuate this myth that it sucks to have a woman in the room and I didn’t want to be somebody who would help perpetuate that myth.” Therefore, her request was that if something like that happened again, she wanted them to step in.

It only took a week for it to happen again. And the fellow writer jumped in, and Gao said the showrunner looked “wounded.”

Harmon then comes in and explains that he knows exactly why the showrunner looked like that: “He thought it was his secret […] he thought it was a secret that he had a crush on you” and that to be called out publically about sexualizing Gao, it shamed him.

They then go on to discuss how in the writing room there should be a space to tell jokes of all kinds of vulgarity that are in service of the show, but when using it to make people uncomfortable or to sexualize someone else that is a problem. It is a mature, adult conversation that makes it clear that part of this conversation is men being able to acknowledge their own sexism and toxic emotions and how it affects women.

The most powerful part of Harmon’s previous apology was this line: “I certainly never would have been able to do it had I had any respect for women.”

If more of these men were able to admit that this was part of their problem, part of the barrier that has kept them from accepting no means no, then we would really be able to make changes.