Damon Lindelof Admits Mistake in Not Revealing Khan in Star Trek Into Darkness; Should He Have To? 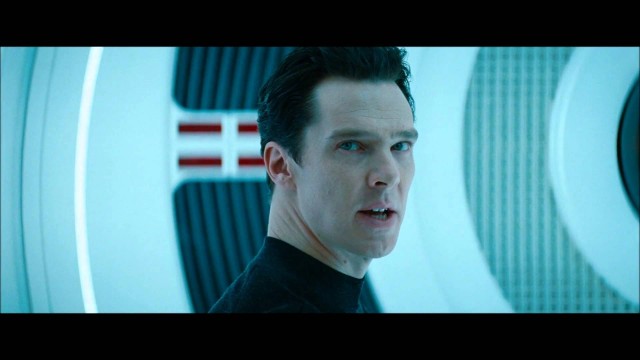 I believe fans should be active, rather than passive consumers of media content. We should engage with it, as well as with creators, as part of us better understanding ourselves and the world, as well as ensuring that mass media doesn’t do more harm to those who enjoy it than good. However, sometimes I think fans sometimes go too far in their “need to know,” often ruining the effect that storytellers want their stories to have.

Recently, after J.J. Abrams’ mea culpa about Star Trek Into Darkness having “too many nods to [Star Trek II]: The Wrath of Khan.” Now, co-writer and producer Damon Lindelof is jumping on the “we’re sorry, fans!” bandwagon. In an interview about his show The Leftovers with Variety, Lindelof talks about what he feels was a big mistake with regard to Into Darkness:

When we did Star Trek Into Darkness for example, we decided that we weren’t going to tell people that Benedict Cumberbatch was playing Khan. And that was a mistake, because the audience was like, ‘We know he’s playing Khan.’ That was why it was a mistake.

While it may have been a mistake to write it that way (not to mention going so far as to cast a non-Indian actor – not that Ricardo Montalban was Indian either, bee-tee-dubs – seemingly to throw fans off the trail), I don’t think it was a mistake to try to keep whatever details they saw fit under wraps.

Gather around me, children, while I tell tales of life before the Internet. A time when even if you had spoilers and sneaky pics from a film set, you had to tell your friends about them one at a time. A time when movies came out…and people were surprised. When celebrities gave interviews, like, a month before a film came out (not years before), and that’s all you knew until the lights dimmed in the theater and you were amazed, or completely disappointed.

Now, it seems like fans want to cheat themselves out of a surprising experience by having every single detail in advance. Sure, people have always speculated, but they didn’t think they had the right to confirmation.  Say what you will about a film after the fact, but I’m not entirely on board with fans expecting all the dirt beforehand, and giving creators a hard time for keeping certain things a secret. Creators work hard to craft stories and have them release information at specific times – shouldn’t we enjoy (or not) the stories they want to tell, rather than dictating how they should tell them?

Lindelof, too, sees the value of keeping some mystery, and differentiates what Abrams is doing for Star Wars: The Force Awakens from what they did with Into Darkness:

…J.J. [Abrams] is telling us nothing about the new Star Wars movie and we love it. I’ve not come across a single person who’s like, ‘I wish I knew a little bit more.’ We are like, ‘Thank God he’s protecting us from all the things that will be revealed in the movie theater.’

How do you all feel about stuff like detailed casting announcements, leaked set photos, or plot spoilers? If you’re all about them, can you please explain why?