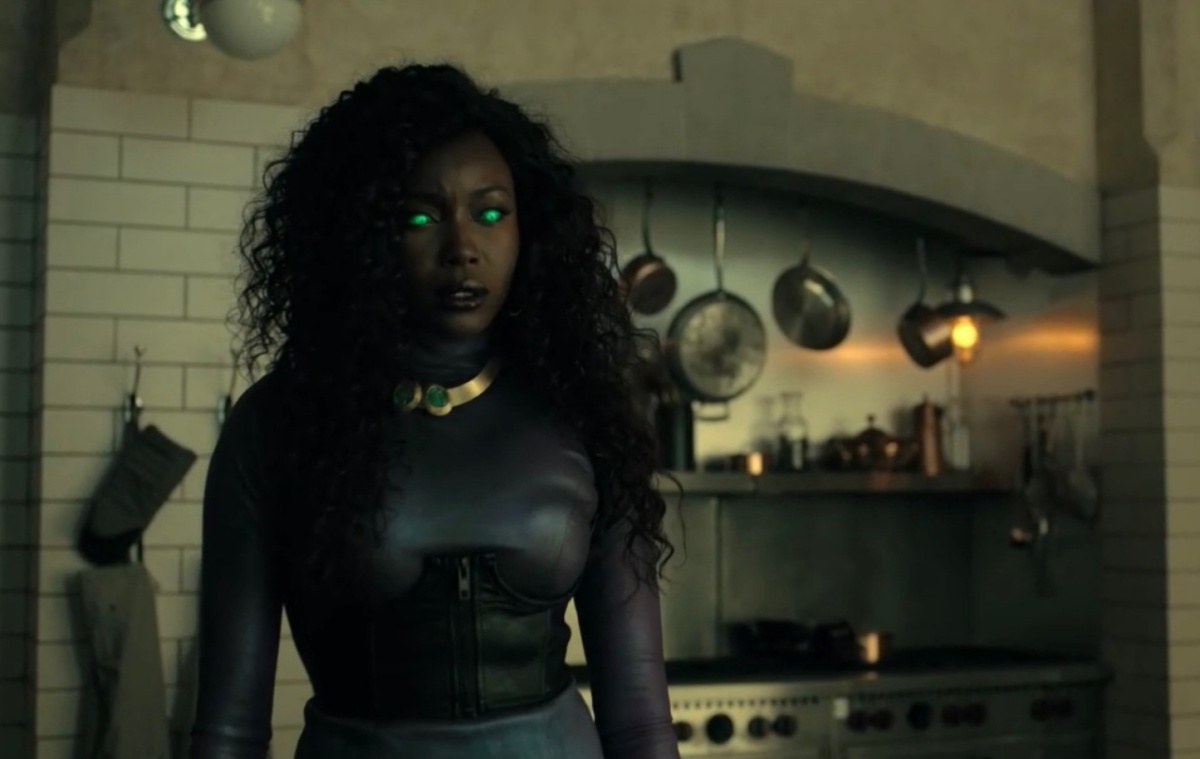 Titans has been really good these last few episodes and while it takes a breather with “Blackfire” it does so for the benefit of setting up the familial stakes at the heart of the show.

We find out that Blackfire was captured very soon after landing on Earth. The two Tamaranean princesses talk about their childhood experiences and it was interesting because taking out the whole alien aspect of it, the two are just women talking about their relationships to childhood trauma. Blackfire/Komand’r says that Kory was never punished the way she was, never stood up for her. Meanwhile, Koriand’r/Starfire says that she “brought it upon herself” for fighting back against punishment.

Starfire carries a lot of bitterness towards her sister for killing their parents and decides to leave her to rot.

“I deserve the sister who would fight for me,” Blackfire proclaims from her cell. “Everything I ever did was because I never had that. I am who I am because of you Koriand’r.”

There is a lot of work being done in the performances of Anna Diop and Damaris Lewis to circumvent the fact that we know very little about these two women in the context of the show. I’m looking forward to seeing where their storyline goes, especially because I’m sure that Blackfire is gonna go fill villain (I mean we already have seen her baddie costume).

Sibling rivalry also makes an appearance as Dick prepares to face Jason following the events of the previous episode. Now that Jason has so much personal blood on his hands, it complicates everything between them. No longer is Dick looking to just save his brother, it is about working through the legacy of his own relationship to Batman.

Flashbacks show Dick running through the woods away from wolves and learning lessons on facing your fears from Bruce Wayne. I think Titans is anti-Bruce Wayne. Showing wee!Dick being forced to chop off a wolf’s head has just made me feel that Bruce Wayne should go to jail.

As these storylines develop, I’m still not entirely sure where they are going with Red Hood considering the angle they have taken. We do get to see Jason do some proper gun-fu so that’s something. Even so, Red Hood is probably the weakest element of the show, especially since I think Jason was never handled that well to begin with. However, it is at least dealing with the mental weight of what it means to carry on the legacy of the Dark Knight.

At its core, Titans has always been a show about family. The ones we find, the ones we are born into, and the ones we are constantly running from. For the first time, those elements are all together in a way that is narratively rewarding.