Daisy Ridley Responds to the “Mary Sue” Criticism of Rey in Star Wars: The Force Awakens 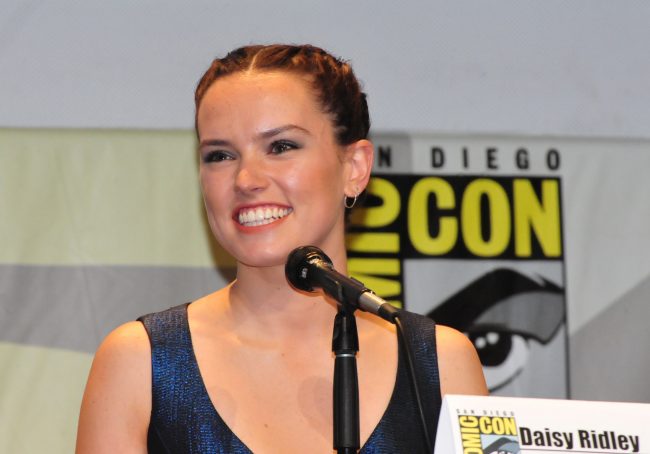 One of the biggest head-scratchers when it comes to criticism of Star Wars: The Force Awakens is the idea that Daisy Ridley’s character Rey is a “Mary Sue.” Upside: that whole debate did bring the phrase “Mary Sue” back into the forefront, forcing celebrities and fans alike to debate about what it actually means. Since we’re experts on that around here, I’m sure I don’t need to explain it to any of you, but in case you’re new here, this primer will help you out.

I don’t know that Daisy Ridley knew what a “Mary Sue” was before interviewers started asking her about her thoughts on this, and it still seems like she’s not 100% understanding the concept, but she seems to get the basics. On a podcast interview at MTV, she offered this as a response:

“The Mary Sue thing in itself is sexist because it’s the name of a woman. Everyone was saying that Luke had the exact same [capabilities]. I think Rey is incredibly vulnerable, and nothing she’s doing is for the greater good. She’s just doing what she thinks is the right thing. And she doesn’t want to do some of it, but she feels compelled to do it. So for me, I was just confused.”

Although Ridley may not know the full history of the term, she’s certainly correct to point out that even within fandom, we’re all more likely to claim someone is a “Mary Sue” if it’s a female character… yet we’ve all been primed by society not to notice when male characters are blatant power fantasies. Batman, for example, is often cited as a male example, sometimes called a “Gary Stu.” Incidentally, there really isn’t anything wrong with a character being a blatant power fantasy. It’s just that apparently, as a society, we’ve decided that it’s only acceptable for white dudes to be in those types of “super-powered Everyman” roles, and if any other type of person ends up in that role, it’s somehow unrealistic. Hmmmmmm.

In A New Hope, our hero Luke Skywalker becomes the best pilot of the rebels with no previous practice using their ships. The explanation? Well, he’s got the Force, obviously! Couldn’t we just use the same explanation for Rey’s proficiency at various things in The Force Awakens? What’s the difference? Can’t imagine what it could be.