It isn’t much of a spoiler to say that, yes, Rey (Daisy Ridley) and Kylo Ren (Adam Driver) will face off against one another in Star Wars: The Rise of Skywalker. The pair battled in The Force Awakens and were (temporarily) allies in The Last Jedi, but the last film ended with them on opposite sides once more. As the main Force users in the galaxy at the time, assuming they’ll fight is akin to assuming that Luke and Darth Vader would have had a duel in Return of the Jedi.

Daisy Ridley recently teased the fight to MTV News, saying, “We have a great fight. A great fight. And I was really happy that the Vanity Fair pictures did show a bit of it. It’s a great fight. Like I’ve become such a better fighter and they made the lightsabers lighter, so it actually looks like we’re swinging light and not like heavy, heavy.”

She added that filming the fight itself was intense. “This fight, we did, it was November, we had water being thrown at us, and I got a great deal of respect because I did not, I was ‘I’m not gonna complain about the cold, I’m just not gonna do it (laughs)—so it was like a real thing of stamina. It feels really epic, and it felt epic even at the time. Imagine, we had the waves like this, and they’re gonna make the waves bigger, and one can only imagine what it’s gonna look like.”

The only photo we have of the lightsaber battle shows Rey and Kylo in the rain, standing on top of some unknown wreckage and getting ready to rumble. There’s no clue given as to the actual location, but given the storm clouds we see gathering over the wreckage of the Death Star and the inclusion of waves (the wreckage is in an ocean), it seems likely that this duel will take place on the wreckage of the once proud Imperial battle station.

While Obi-Wan faced off against Jango Fett in the rain in Attack of the Clones, we have yet to see a live-action duel set in the rain between two Force users. The visual potential there is incredible, and it gives us a new environment beyond “planet with one ecosystem” or “throne room of bad guy.” We’re going to get something we haven’t quite seen before, which makes the visuals even better.

We can debate until the film itself comes out in December about whether or not this is in the middle of the movie or towards the end, and whether this is the end of the Rey-Kylo dynamic or if it’s a precursor to a return to being allies, but the one thing I feel comfortable saying is that, if they’re battling on the Death Star wreckage, I have a feeling they’ll be facing off against Palpatine and however he plans on making an appearance by the end of the duel.

The teaser trailer shattered the internet when it was revealed that Emperor Palpatine, long thought dead, was going to play some kind of role in the final Skywalker Saga film. Palpatine died on the second Death Star, where the fight is likely to take place. Therefore, it wouldn’t surprise me if the duel starts out as Rey and Kylo fighting each other and ends with Palpatine popping up like, “Hello naughty children; it’s murder time.”

The cover of the yet-to-be released art book for the film shows Rey against a red backdrop dueling with Kylo Ren, who’s mirrored opposite her on a blue backdrop. In the show Star Wars Rebels, Palpatine is obsessed with finding the World Between Worlds, a portal that defies time and space and is very in tune with the Force. Could Palpatine have found a way to utilize that portal to cheat death, and could he send Rey and Kylo ricocheting through the timeline for an even more epic duel? 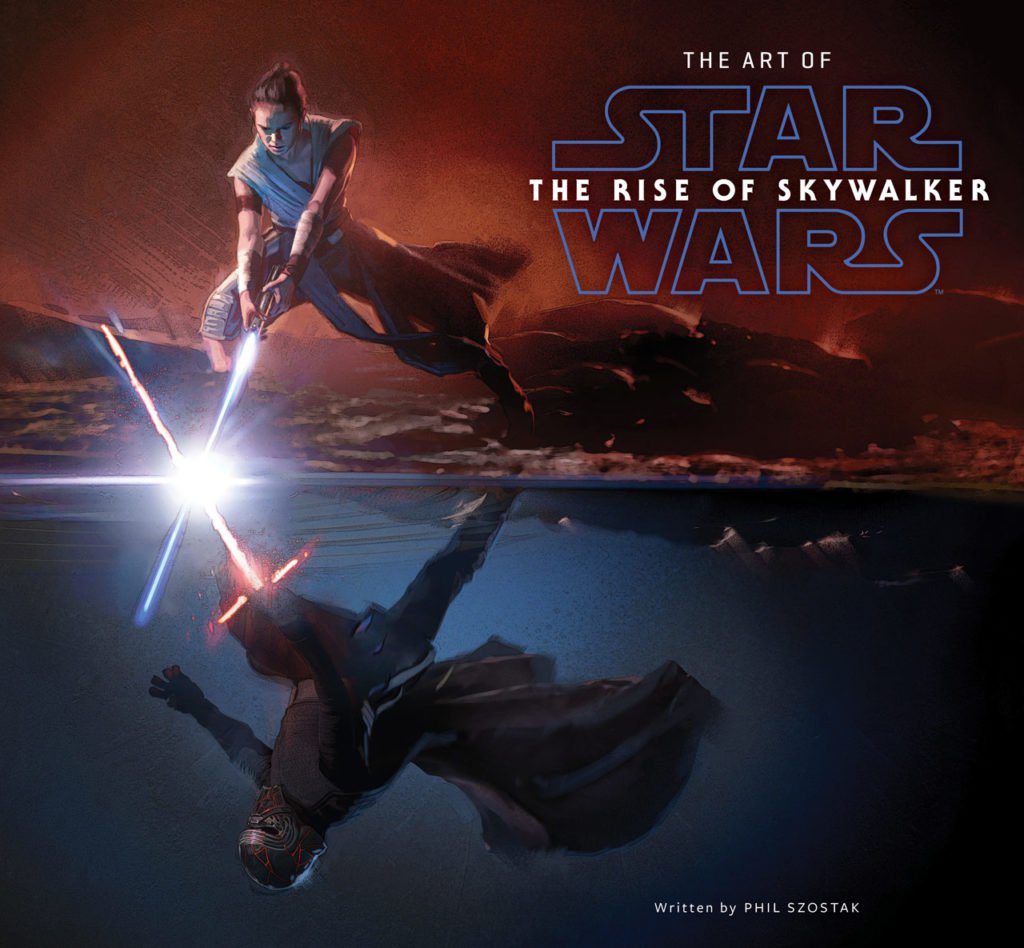 We have to wait until December to find out. A lightsaber battle was to be expected, but the stakes are high and the visuals sound awesome. I cannot wait to see how this battle plays out on the big screen.