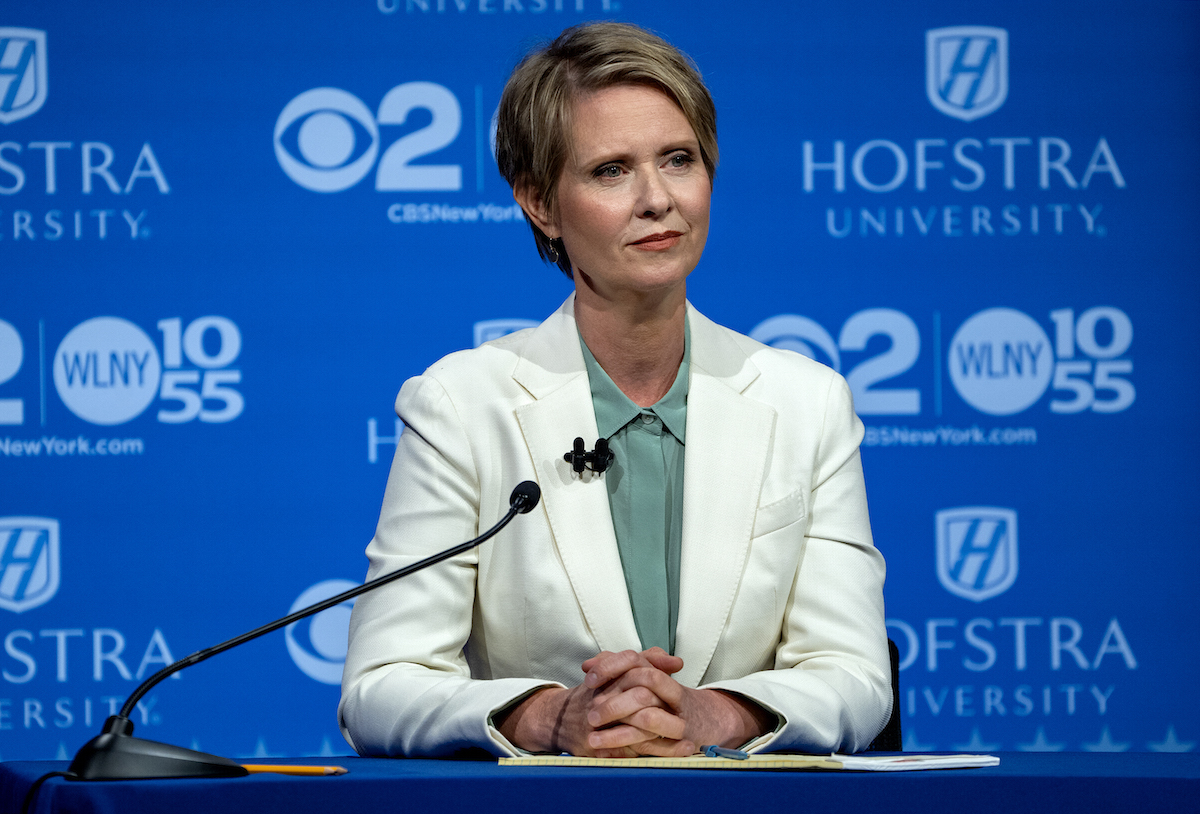 One of the many upcoming elections we’re keeping our eye on is the race for New York’s governor. (And not just because most of the TMS staff lives in the state.) Cynthia Nixon, best known until now as Miranda in Sex and the City, is challenging incumbent fellow Democrat Andrew Cuomo, who’s already served two terms in office.

But at last night’s debate—which was their first and their only scheduled debate—Nixon proved that she’s far more than just a celebrity coasting on television fame. She’s been proving that consistently for a while now (see here and here and here), but plenty of people continue to dismiss her as a non-serious candidate. Last night, she showed those people why they’re dead wrong.

For 60 minutes, Nixon held her own against the incumbent, was knowledgeable about the issues at hand, and also, didn’t take any of Cuomo’s crap, giving us moments like these:

She requested no helicopters above “Shakespeare in the Park” so people could hear. pic.twitter.com/D0BAcGJWxe

Nixon’s face in that clip, as Cuomo rambled about her being a corporate donor and “a corporation,” is everything.

The debate was full of a ton of interrupting and cross-talk, which I normally hate (it’s why I can’t bring myself to watch much cable news), but Nixon had the absolute best response to Cuomo telling her to stop interrupting.

Just as in that “corporation” clip above, Nixon made it clear that she wasn’t going to let him spout lies and wait patiently for her turn. Also, see if you can spot the massive self-own from Cuomo that got cut from the end of that last clip:

Cuomo: Can you stop interrupting?

Nixon: If you stop lying, I will stop interrupting.

Cuomo: Yeah, as soon as you do.

Best not to acknowledge and essentially admit that you are, in fact, lying.

So who was lying? According to multiple fact-checkers, Cuomo was. Kind of a lot. He denied “using the MTA like an ATM,” when in fact he had been proven to have diverted money away from the transit system for other uses. He and Nixon got into an argument over who liked Donald Trump less, although Cuomo and Trump go way back.

They argued over tax return transparency and unions, and Cuomo was disingenuous in his accusations against Nixon as well as his defenses of himself. (He accused Nixon of not releasing her returns, which she did, and of using a loophole of declaring her acting career an S corporation, which is legal and common and often necessary for actors at any income level.)

I appreciate that there are fact-checkers working to provide this sort of analysis. But as Donald Trump proved in all of his debates, lies need to be addressed head-on in the moment, from the debate platform, or no one will care. Even then, for many viewers and voters, passion can overpower facts. Last night, Cynthia Nixon showed she has both.

“You’re such a Miranda!” circa 2004 – You are the no fun one who works all the time. BOO DRINK MORE COSMOS

“You’re such a Miranda” circa 2018 – You are a strong woman with gumption and the drive to run for office. You are an inspiration. I pray my child grows up to be like you.