How Legends of Tomorrow Subverts Toxic Masculinity | The Mary Sue

How Legends of Tomorrow Is Subverting Toxic Masculinity at Every Turn

We stan these Legends. The CW’s DC’s Legends of Tomorrow is, simply put, one of the best shows on television right now. I know what you’re thinking: “The neglected child of the Arrowverse? The one that spent its first season meandering around the timeline while a girl with wings talked about being a barista way too much?” Yes, that one. It’s brilliant for a slew of reasons, from its ability to service nearly a dozen characters in satisfying and surprising ways week-to-week, to the fact that a recent episode involving Jane Austen and a werewolf ended with a spontaneous Bollywood musical number. Every episode is a breath of fresh air that brings utter joy to those of us burnt out on grimdark angst at every turn. I could go on about its virtues for a longtime, but today I’d like to talk specifically about how Legends of Tomorrow is dismantling toxic masculinity, one character at a time.

Before we dig in, let’s define what “toxic masculinity” is, since the term gets tossed around a lot. It’s not just “being a man”; it’s the harmful and pernicious idea that men cannot express emotion and must resort to violence to settle disputes—more generally, the idea that if a man doesn’t act like an entitled dickbag, he’s not a real man.

The New York Times summed it up recently: “Toxic masculinity is what can come of teaching boys that they can’t express emotion openly; that they have to be “tough all the time”; that anything other than that makes them “feminine” or weak.” One would think that superhero shows would be chock full of this nonsense, but the genre (at least on the small screen) is populated with men who do share their feelings. We’ve seen Oliver Queen and Barry Allen both address the burden of fatherhood and the loss of loved ones in nuanced ways this season, and James Olsen seek therapy for his trauma on Supergirl, but it’s over on Legends where the men have, one by one, defied expectations and toxic ideals.

We’ll start with the Waverider’s original hero, Ray Palmer (Brandon Routh). Not only has Ray been defined from the beginning by his optimism and kindness, but he’s finally found a romantic foil in Nora Dahrk (Routh’s real-life wife, Courtney Ford) where that forgiving nature elevates both of them. However, it’s his friendship with Nate Heywood (Nick Zano) that may be the healthiest platonic relationship on the small screen.

Television has no shortage of male-male friendships, but very rarely are they vehicles for men to show true vulnerability and deep care for one another. Oftentimes, in genre shows or movies that have those kinds of relationships, they’re full of longing glances and unexpressed feelings that are fertile ground for slash shippers who want to see those walls break down and all that pent-up emotion expressed (hopefully through smooching). I’m not saying you can’t or shouldn’t ship SteelAtom, but Legends of Tomorrow has done something different with Ray and Nate that breaks the old mold. Instead of stumbling through life constipated with unexpressed feelings, these self-proclaimed “time bros” aren’t afraid to say they love each other.

Ray and Nate hug and connect deeply, and care sincerely about their each other’s feelings and trials. There’s nothing unspoken between them because they actually speak and communicate. Their bond is so strong that it’s only Nate who could understand him when Ray was turned into a pig by an evil fairy godmother (again, this show is delightfully bizarre).

The sweetness and openness of this relationship is due in part to how well Ray and Nate are written as characters. They’re often goofballs, but they’re not insecure about it. They don’t need to prove to anyone that they’re “real men.” Ray and Nate can both handle themselves in a fight, but more often, their heroism is due to their minds and hearts. Ray shows compassion to everyone, and Nate, once a bullied kid facing a dad who was difficult to connect with, is confident enough now that he doesn’t need to turn to steel to show he’s super.

Credit is also due to the wonderfully unselfconscious performances from Zano and Routh, and their willingness to play up their characters’ vulnerabilities. This season, Nate has dealt with that old chestnut of television drama, “daddy issues,” but Zano has turned in some beautiful and nuanced acting, as Nate first butted heads with his father (played by Tom Wilson), then opened up to him, and then lost him. 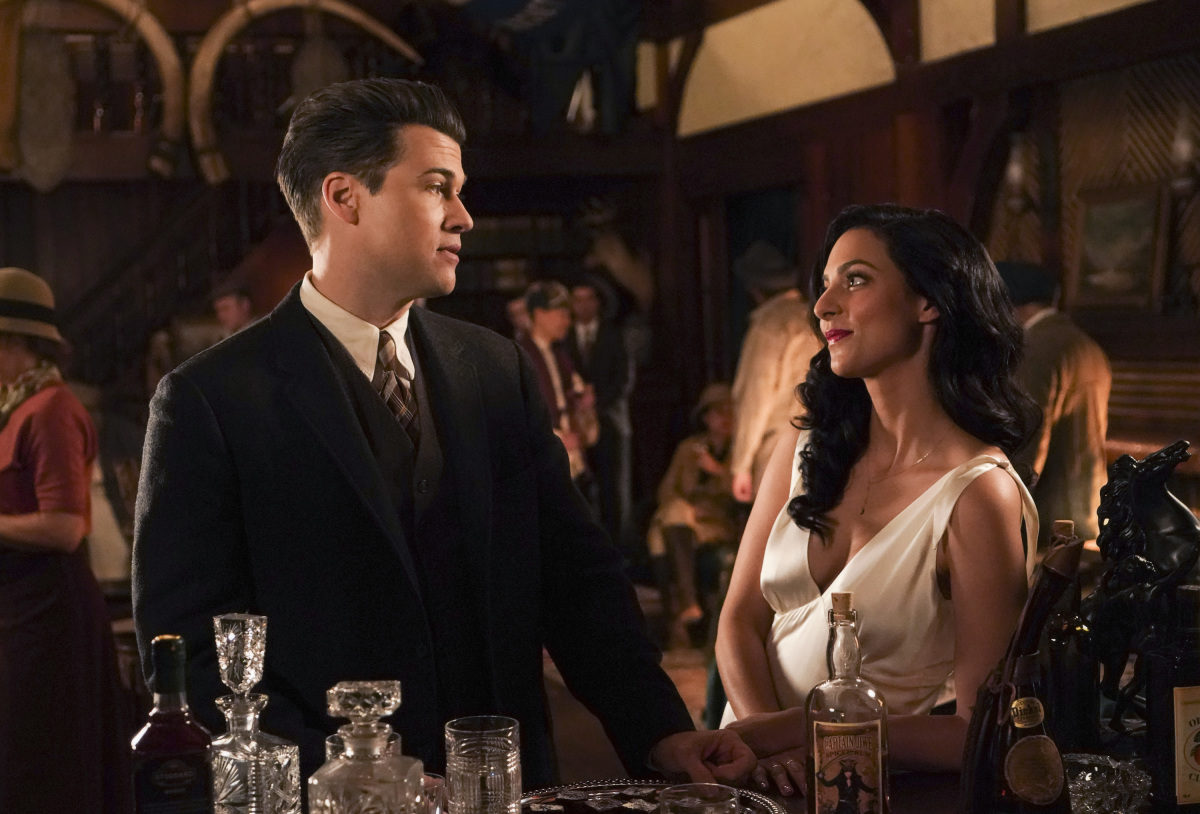 Zano is also up for flipping tropes on their heads: When Nate and Zari were faced with an Entrapment-style maze of trip wires, it was Nate who shimmied and booty popped through the course. In the same episode, the absolutely wonderful “Egg MacGuffin,” Routh’s Ray was possessed by the demon Neron and physically could not tell a soul. This led to some brilliant dual-role acting and physical comedy from Routh, but a great turn from Nate, too. Nate knew something was up when Ray wouldn’t properly hug him, since Ray’s hand was possessed.

The idea that a man knew something was wrong because his male friend gave him a half-assed bro hug is awesome. At the climax of the episode, Ray surrendered to Neron to save Nate. I’ve seen scenes like this before, and so often it comes across as romantic, even if it’s two men who are supposedly straight (I’m looking at you, Supernatural and Captain America), but to me, this scene was unquestionably about the deep platonic love between these two guys. And that’s kind of amazing? Nate and Ray’s affection for each other is never portrayed as a joke or suffused with subtext that will never pay off. It’s there, and it’s important, and Zano and Routh play it with such lightness and heart that you can’t help but love them. 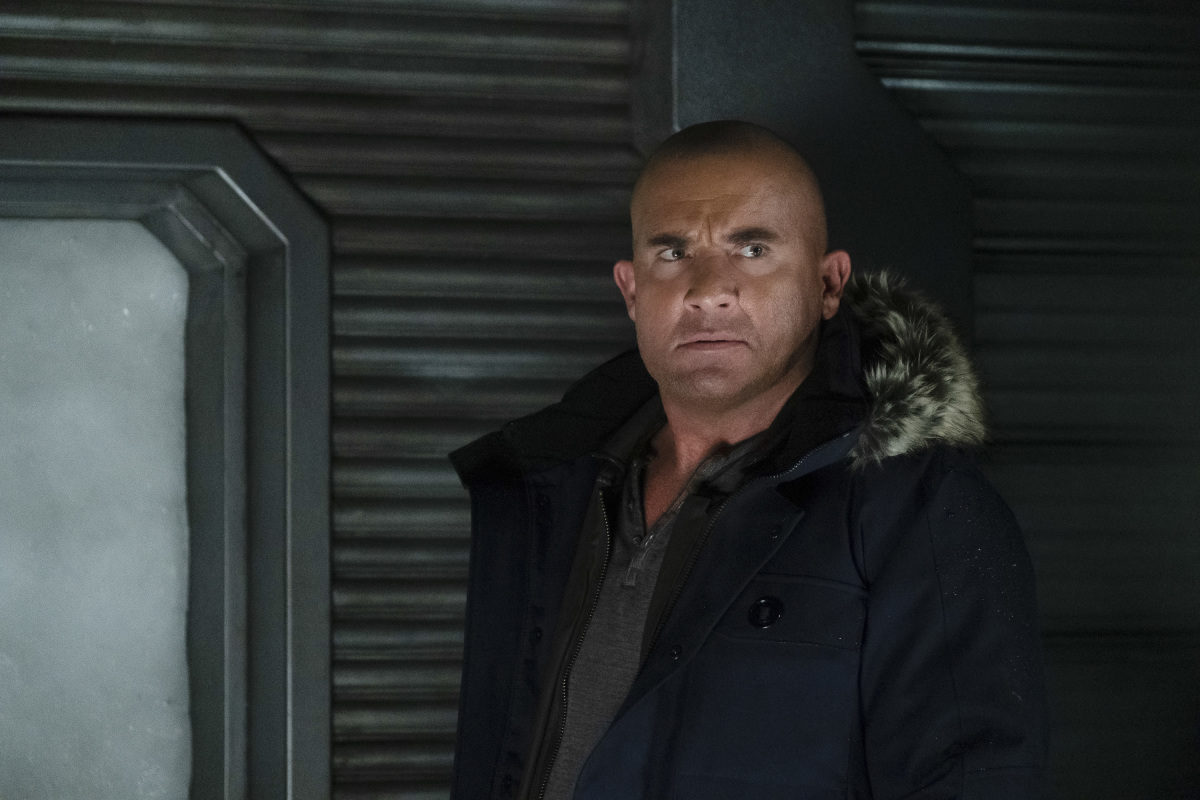 The Legends crew boasts more than one super man defying expectations on manliness. There’s also Mick Rory, a.k.a. Heatwave, played with snarling panache by Dominic Purcell. Mick has always been a hard-drinking, crude killer, more interested in blasting his way out of problems than talking, but Mick’s story this season has also subverted the toxic tropes that initially made up his character.

Last season, it was revealed that Mick was a secret novelist, penning sci-fi romances on his typewriter in the seclusion of his quarters. This could have been a silly throwaway joke that was never revisited—“Isn’t it funny that this big, gruff manly man that drinks and kills things writes romance!”—but it wasn’t. Mick’s writing has been revisited again and again this season, not as a joke, but as a serious plot point showing how important creativity is and how anyone can recognize the importance of love and human connection.

A running side plot all along has been that, somehow, Rory became a popular published author under a female pen name, and while it’s led to some great easter eggs, it truly paid of in “Egg MacGuffin,” when Rory essentially came out as his alter-ego, Rebecca Silver, to an audience of adoring fans. He was able to prove he was Rebecca by speaking her language, praising the importance of connection and vulnerability between lover and people. This character who was introduced five years ago on The Flash as a one-note bad guy who liked to set things on fire has become an unlikely poster boy for emotional intelligence.

The final tortured man on the Legends crew is new this season: John Constantine (Matt Ryan). Legends did something that the NBC version of the character never allowed: let him be openly bisexual. John Constantine is surly and cocky, resigned to the fact his crimes and failings have damned him to hell, but we’ve also seen what left him so down: a doomed love with a man, and a man of color, no less. The bonkers and brilliant mid-season finale “Legends of To-Meow-Meow” not only saw some of our heroes variously transformed into puppets or cats, but saw the entire timeline saved by an interracial queer kiss!

We also can’t forget the supporting cast. As mentioned, we were treated this season to a great turn by Tom Wilson as Nate’s father, Hank, who was revealed to be as goofy and loving as his son in the end, and not the typical government tool. 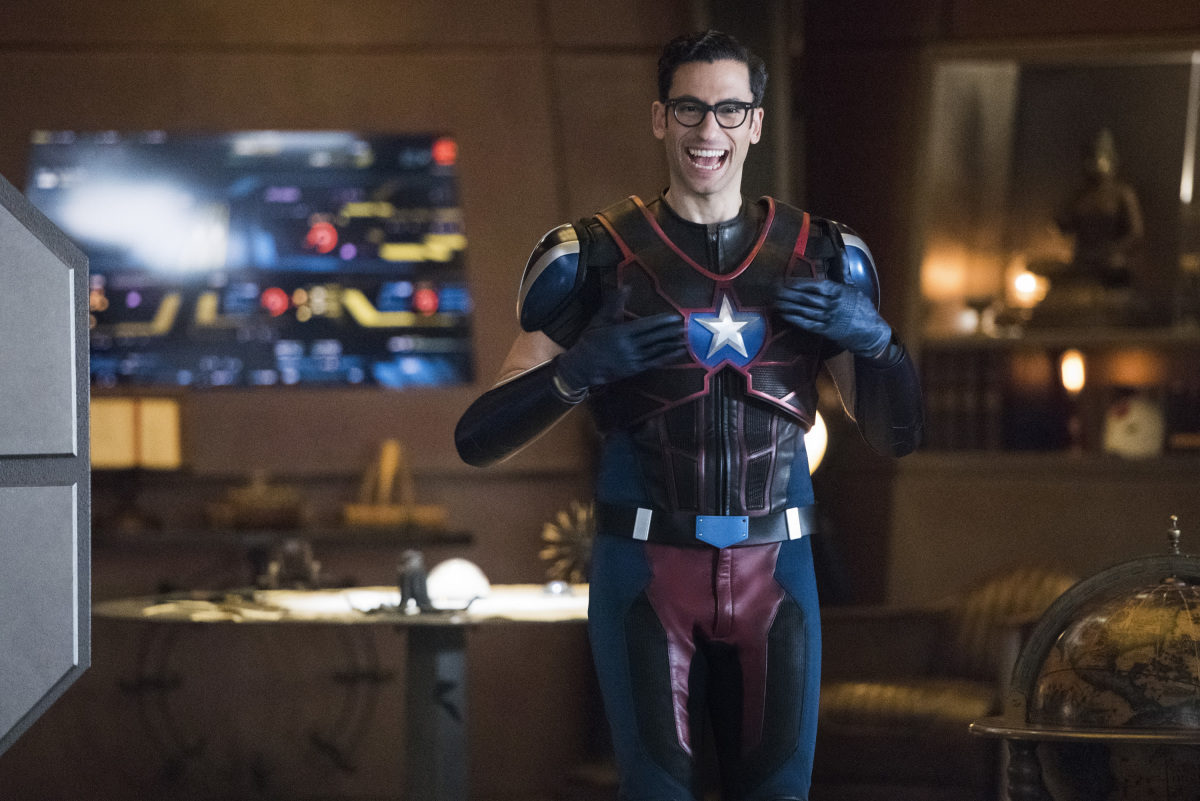 And then there’s the absolutely brilliant Adam Tsekhman as the time bureau’s resident weirdo, Gary Green. Since his intro last season, Gary has been an overly-enthusiastic punchline and doormat, but much like Mick’s writing career, what was once a joke became an important turning point in Gary’s life, where his insecurity about always being shoved to the side allowed him to be corrupted by the demon Neron.

I could go on and on about the other ways Legends breaks the mold—the complex queer and POC characters, the show’s ability to explore female trauma without resorting to sexual assault storylines, the amazing balance of humor, heart and adventure … If you’re intrigued by the show, season four has two more episodes left and will be up on Netflix a week after it wraps, so you can catch up before season five. There’s a lot of media out there right now that’s disappointing in how it portrays men and women, so that makes it all the more important to celebrate the shows that are getting things right.

And boy, does Legends of Tomorrow get it right.