NASA’s Curiosity Landing Will be Broadcast at Times Square 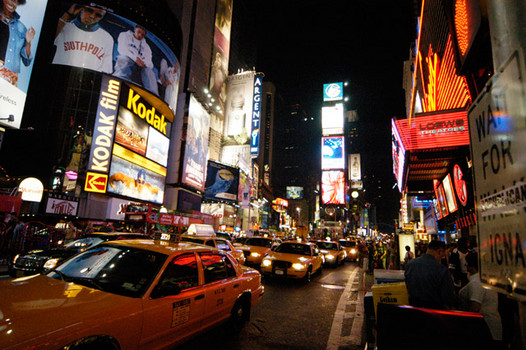 On Monday, August 6th at 1:31 AM EDT, Curiosity, NASA‘s most advanced planetary rover, will come to the end of its 8-month journey through space to land on the red surface of Mars. And we get to watch it, not alone at home with echoes, but with a whole bunch of fellow space-heads, right in the middle of Times Square. A whole bunch of us, standing still on the streets of New York, witnessing mankind’s curiosity.

NASA TV will be broadcasting on the Toshiba Vision screen in Times Square from 11:30 PM on August 5th to 4:00 AM the next day. Programming will come directly from Mission Control at NASA’s Jet Propulsion Laboratory, so get excited, people. Curiosity’s Seven Minutes Of Terror needs all the nail-biting it can get, and a successful landing will surely bring tears to many eyes.

John Grunsfeld, from NASA’s Science Mission Directorate, had this to say:

In the city that never sleeps, the historic Times Square will be the place for New Yorkers to participate in this historic landing[.] When you think of all the big news events in history, you think of Times Square, and I can think of no better venue to celebrate this news-making event on Mars.

In order to properly hear the broadcast, you’ll have to tune in to online radio station Third Rock Radio because they can’t just blare out the sound of awesome happening to the New York public. It will also be available for streaming via the NASA homepage or the TuneIn app, so bring your devices fully charged and ready for noises from out of this world. Seriously.