It's been one day! 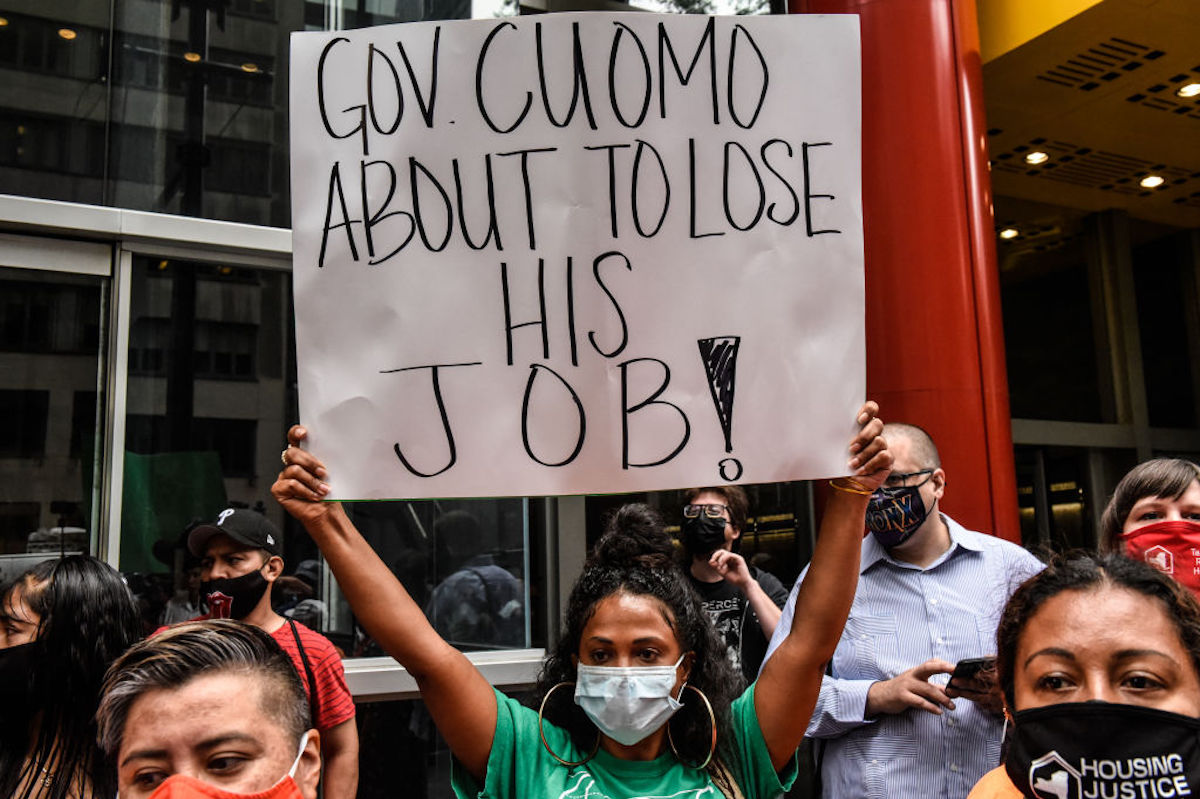 It’s barely been a day since disgraced New York Governor Andrew Cuomo announced he was resigning in the face of looming impeachment threats over sexual harassment, and people are already talking about his potential “comeback.” In fact, that idea started getting thrown around pretty much immediately after the announcement—like, within minutes.

By resigning now rather than face an impeachment process that would have prevented him from ever again seeking office, Cuomo can try for a comeback. In 2013, five yrs after resigning as governor, @EliotSpitzer ran for NYC comptroller. (He lost to Scott Stringer). @chucktodd

I deleted a tweet so I could write it more clearly after checking w an expert:

If Cuomo were impeached under NY law, they would have the OPTION to bar him state office again. Resigning makes it less likely the Assembly moves forward with impeachment, i.e. comeback possible

the way Cuomo framed his resignation is a potential set up for a comeback next year: he wants to make government work, and staying in would get in the way — but now if government doesn’t work in his absence, he could jump into the 2022 race arguing that he was the missing piece

Harry Siegel: Yet another comeback for Cuomo? A farewell stump speech, hard-to-imagine state without him after long decade https://t.co/ofCyl9FJ4u

Resignation might not be the end of Andrew Cuomo: He could still run for his old job again next year—and he has a shot, @IsaacDovere reports. https://t.co/YfnqWvvVjw

To be clear, most of the people talking about a potential Cuomo comeback are not necessarily hoping for that outcome. (Not that that makes it any less exhausting or less potentially insensitive to the very real women who bravely came forward to report Cuomo’s harassment and workplace abuses.)

Cuomo’s resignation was surprising, as he made it clear in his longwinded announcement that he is “a fighter.” But the idea here is that by avoiding impeachment, he’s allowing himself the opportunity to run for office again. If he were impeached, the New York Senate would have the option to bar him from running for office again. (If you remember, we had a similar conversation around Donald Trump’s second impeachment.) But by stepping aside voluntarily, Cuomo reserves that possibility for the future.

It’s also important, then, that he made a very big deal out of his claim that he was not resigning because he had done anything worth resigning over, but just because he wanted to save New Yorkers from a big political impeachment circus.

As MSNBC’s Chuck Todd put it, “His career was either permanently over, or almost-permanently over, and he chose the path of almost-permanently over. We know the way our world works. It’s amazing, the people we’ve seen make political comebacks. You can’t ever rule it out … He did something that, maybe over time, will at least give him an opening to not be a full pariah in the party in three years, four years, five years.”

Todd’s reaction verged on reverential, while mine is complete exhaustion, but I don’t think he’s wrong in his analysis. “I expect in my lifetime, Andrew Cuomo to run for office again,” Todd said. “What that office is? I don’t know, but that’s what this resignation tells me today. He wants to live to fight another day.”

I hate even having to consider this possibility, but I do believe that Cuomo has it in him to try to wait out our collective attention span before he tries to come back to politics. Preemptively calling him out for it, then, is a good way to try to make sure that never happens.