Also likely Marvel thinks it's not a risk because Cumberbatch. 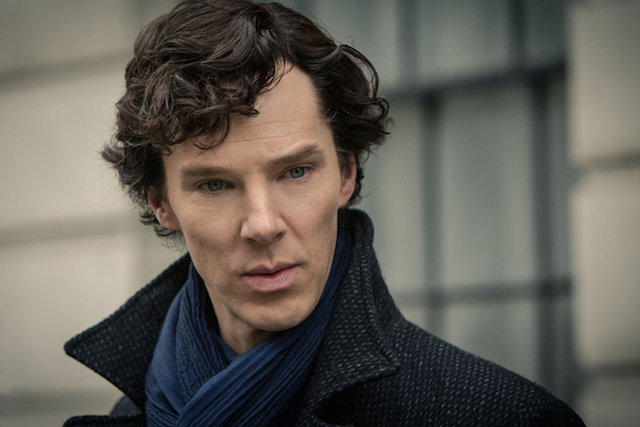 I hate to break it to you, aging film executive, but it’s true. Those darn kids will take a comic book movie seriously as long as some effort is put in to make it stand on its own merits instead of just slapping an established franchise name onto a steaming pile of crap like some superhero movies out there. Or you could be Marvel Studios and slap your established Marvel name all over everything and make solid movies, which only strengthens the brand even more for the most beautiful, wonderful vicious circle in movies.

That’s what Benedict Cumberbatch thinks, anyway. In a Wall Street Journal interview about recent projects, Cumberbatch had to respond to the question of whether his leading role as the Sorcerer Supreme in the upcoming Doctor Strange is a career risk after playing the more serious role of Alan Turing in The Imitation Game, because who’s even heard of this “Marvel” thing? How ever can we know if such a movie is a good idea?

Cumberbatch said, “I don’t think it’s a risk because of Marvel.”

That’s it: because Marvel. Discussion over. Please fill out your 2016 Oscar ballots for Doctor Strange now, Academy. We’ll wait.

But wait, Cumberbatch did have more to say about Strange:

Marvel is a stable of bringing out ordinary comic characters and turning them into screen-like gods. It’s very different, it’s an Astral Plane. There’s a huge new element to this Marvel universe that’s going to be employed in building this story and this character. But you know, I’m really excited about it, about working with Scott [Derrickson] whose imagination is endless, and all the boys and girls at Marvel who know what they’re doing. I’ve got a few things to get under my belt first. I’ve got to do that little stage production of Hamlet in the summer and the Christmas special of Sherlock, which we start shooting in about three days’ time—Whoops! Yeah, that’s there.

But he said he won’t be giving away any spoilers, kids, whether or not you’d believe a word he said anyway. I mean, he already gave away what character he’ll be playing, which is a pretty big step for him. He did talk about his own life experience in meditating, which I’m sure will noticeably enhance the authenticity of astral plane shenanigans in Doctor Strange:

I meditate a lot. That’s a huge tool in trying to calm myself, get away from the crazy circus of it all, have a focused mind as well as be a kinder, considerate person in the world. I took a lot of stuff away from my experience in Darjeeling, West Bengal, right at the Nepali border. It was Tibetan Buddhist monks in a converted Nepali house in India, with a view of Bhutan. It was a profoundly formative experience at a very young age. It’s something I’ve tried to keep in my life. It features already.

He may have the spiritual experience necessary, but Cumberbatch admitted that his comics knowledge is still playing catchup, telling WSJ,

Growing up, no. I didn’t read many comics at all. Asterix a bit. I think that was it. There weren’t many comics in my household—[in a self-mocking voice] ‘I’m so deprived.’ We didn’t have Marvel so much. But you can bet your bottom dollar I’m reading them now, avidly.

Study up, Cumberbuddy. All of Marvel may be behind you, but you’re the one we’re all going to be staring at for two hours. Make it count.