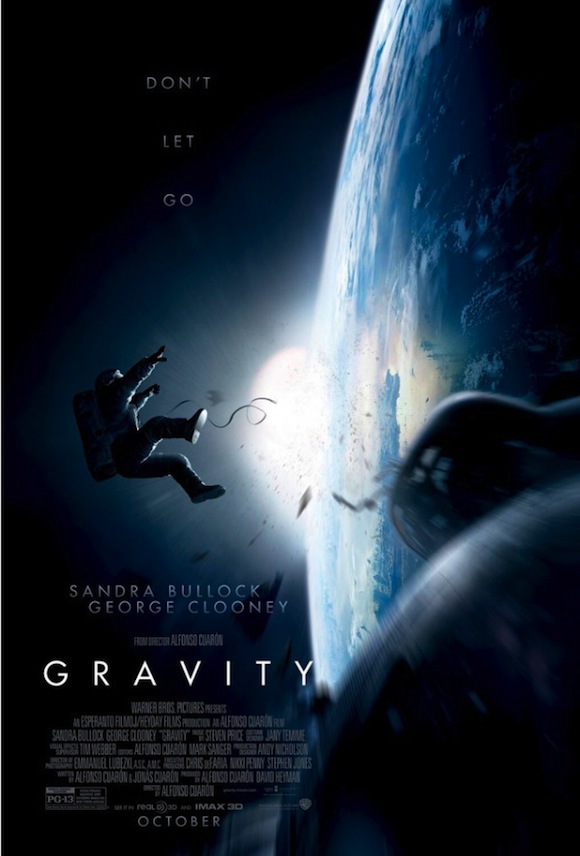 In Alfonso Cuarón‘s Gravity, Sandra Bullock and George Clooney are astronauts on spacewalk when their shuttle is destroyed, stranding them in orbit with no communications.