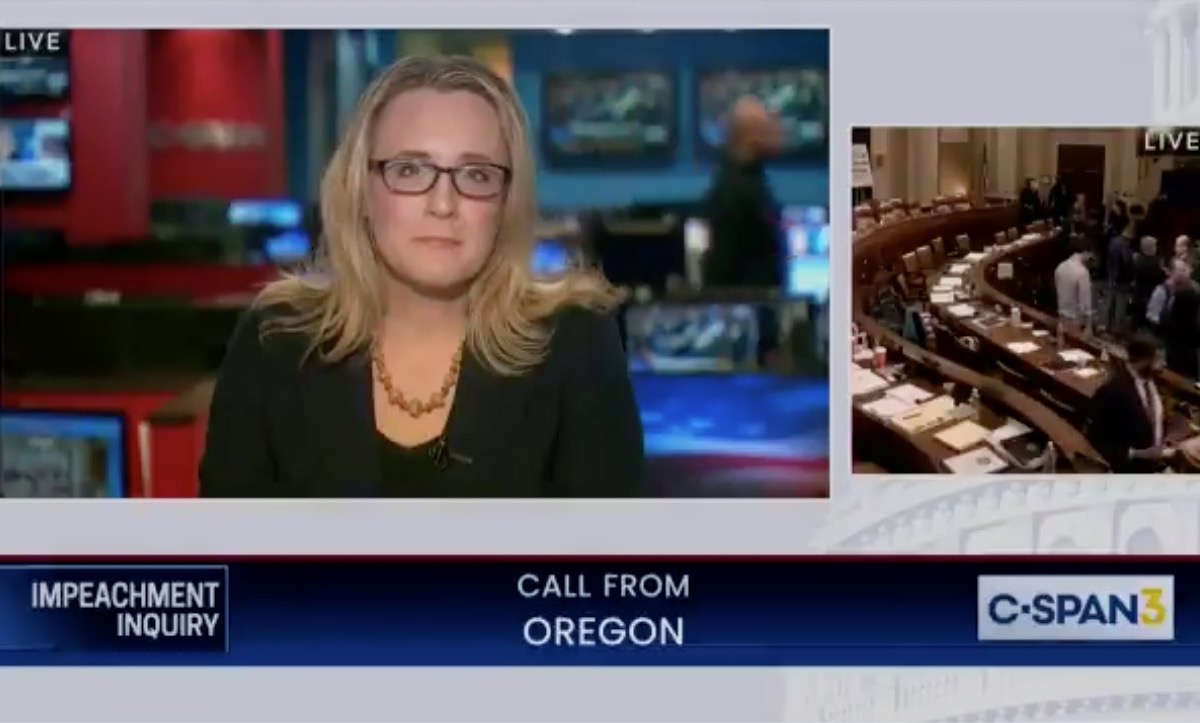 Thanks to Donald Trump, and especially thanks to his ongoing impeachment inquiry, C-SPAN is having a real renaissance. Of course, pretty much every network is streaming the public impeachment hearings, but C-SPAN is the old-school go-to for near-constant coverage of the federal government’s goings-on. And in the four decades the network has existed, it’s been reluctant to let go of some of its most old-school traditions–most notably, the callers.

C-SPAN has been taking calls since its launch in 1979 and they are wild. Okay, actually, they’re usually pretty boring but when they’re not, they are absolutely bananas. Like the person who pretended to be the Fresh Prince of Bel-Air. Or when two brothers on opposite sides of the political divide realized their mother was on the line, calling in to scold them for fighting with each other. Or when Cher calls in.

These call-in shows and segments are like a living comments section where the host or guest is forced to sit and smile calmly through the rants. It’s so weird and it hit a whole new level of weird Wednesday when “Neil from Oregon” defended Trump by saying he has “superseded Lincoln.”

C-SPAN caller having a normal one: “Lincoln only freed the slaves. Yes, that’s a big thing, but what Trump is doing is far greater.” pic.twitter.com/GpECz3DmSJ

“Lincoln only freed the slaves,” said Neil. “Yes, that’s a big thing. But what Trump is doing is far greater.”

Other baseless declarations made by Neil include the claim that Trump has kept all of his campaign promises and that “the deep state exists.”

Congratulations to that C-SPAN host for managing to keep a mostly straight face through that whole call.

Listening to CSPAN callers is like being in an alternate universe.

C-SPAN callers are the political version of “people of Walmart” https://t.co/niv3OMUVnz