Social media is off and running with this ridiculous plot point. 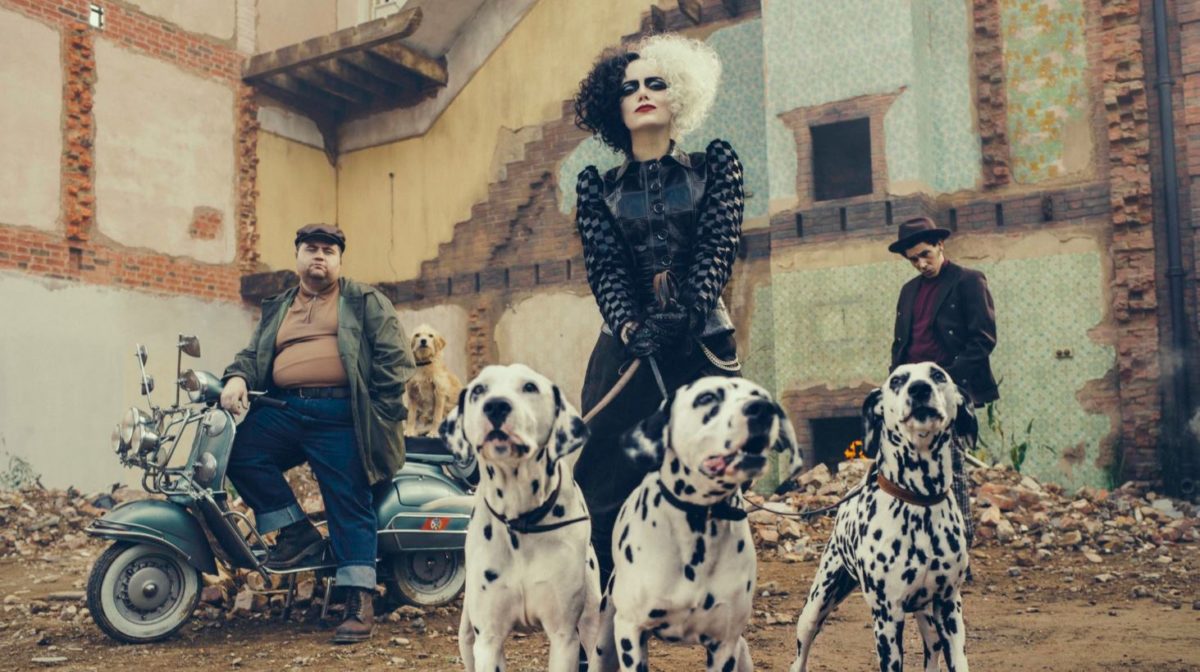 ***SPOILER ALERT: This post spoils the origin story of Cruella, so read if you dare MWAHAHAHAHA***

When Disney first announced that they were making a film about the origins of Cruella de Vil, we had questions, like “Why?”, “Who asked for this?”, and “Really still no Ursula movie?” Chief among them was how will the film humanize an animal abuser/murderer? After all, audiences can forgive a lot of transgressions: theft, violence, murder, revenge. But animal cruelty is both something that is unjustifiable and universally reviled (as well it should be). So the central question remains, how do you justify Cruella’s desire to turn 101 Dalmatian pups into a fur coat?

When the film was first announced, many on social media joked that Cruella’s origin story would somehow involve Dalmatians killing her parents, which we all laughed at because it was so absurd and cliché. Well, hold onto your two-toned wigs, because Cruella seizes that first draft of an idea and runs with it. The opening of the film sees a flashback to Cruella’s childhood, where we witness Cruella’s mother pushed off of a cliff by some ferocious Dalmatians.

It’s a wildly obvious and ridiculous choice to make this Cruella’s Joker moment (or more accurately, Bruce Wayne moment), and the internet quickly seized on this plot point with the fire of a thousand memes. I mean, this script presumably went through dozens of rewrites and notes and drafts, yet they still stuck to the hackiest reason why Cruella hates those dogs. I know this is a live-action version of a cartoon, but damn is this cartoony. Here are some of our favorite memes mocking this unintentionally hilarious plot point:

Spoilers for #Cruella but everyone needs to see this pic.twitter.com/aXE09QjwbX

The plot of "Cruella" looks so ridiculous. It completely undermines the gritty and nuanced realism of the original "101 Dalmations."

found the guy who pushed Cruella's mom off that cliff pic.twitter.com/DZYDiKY7cR

the dalmations when cruella’s mom was on the ledge pic.twitter.com/VuLpb8peUo

this is the last thing cruella’s mom saw before she died pic.twitter.com/MXfl5dpH6o

cruella won’t see your mean tweets but your friends who have seen their parents knocked off a cliff by dalmatians will :(

Between “there was no plan for the Star Wars sequel trilogy” and “Cruella’s tragic backstory is that dalmatians killed her mom” I hope every indie creator who has ever experienced self-doubt over their storytelling skills and/or professional competency is feeling very reassured.

#Cruella had me shook pic.twitter.com/8v55ZW8n2C

or the Dalmatian, wearing a sweater, just barks and there are really mean subtitles. everyone laughs and says haha she sure got you good, ugly Cruella

IF CRUELLA WAS TRAUMATIZED BY DALMATIANS KILLING HER MOTHER WHY WOULD SHE WEAR THEM AS CLOTHING AND HAVE TO SEE DALMATIAN FUR EVERY TIME SHE LOOKS IN A MIRROR?

Yes, this plot point is the most obvious, most banal choice the film could have made. But does that make Cruella a bad movie? Well, it depends on who you ask. Personally, all I want from this film are campy performances, dazzling costumes, and high production values. If Cruella can deliver an entertaining night out, then I’m more than ready for it. Even if death by Dalmatian is the inciting incident, the film still has rich territory to explore.

Have you seen Cruella yet? What did you think? Let us know in the comments!