The Crows Are the Best Part of Netflix's Shadow and Bone

Kaz, Inej, and Jesper is where it's at. 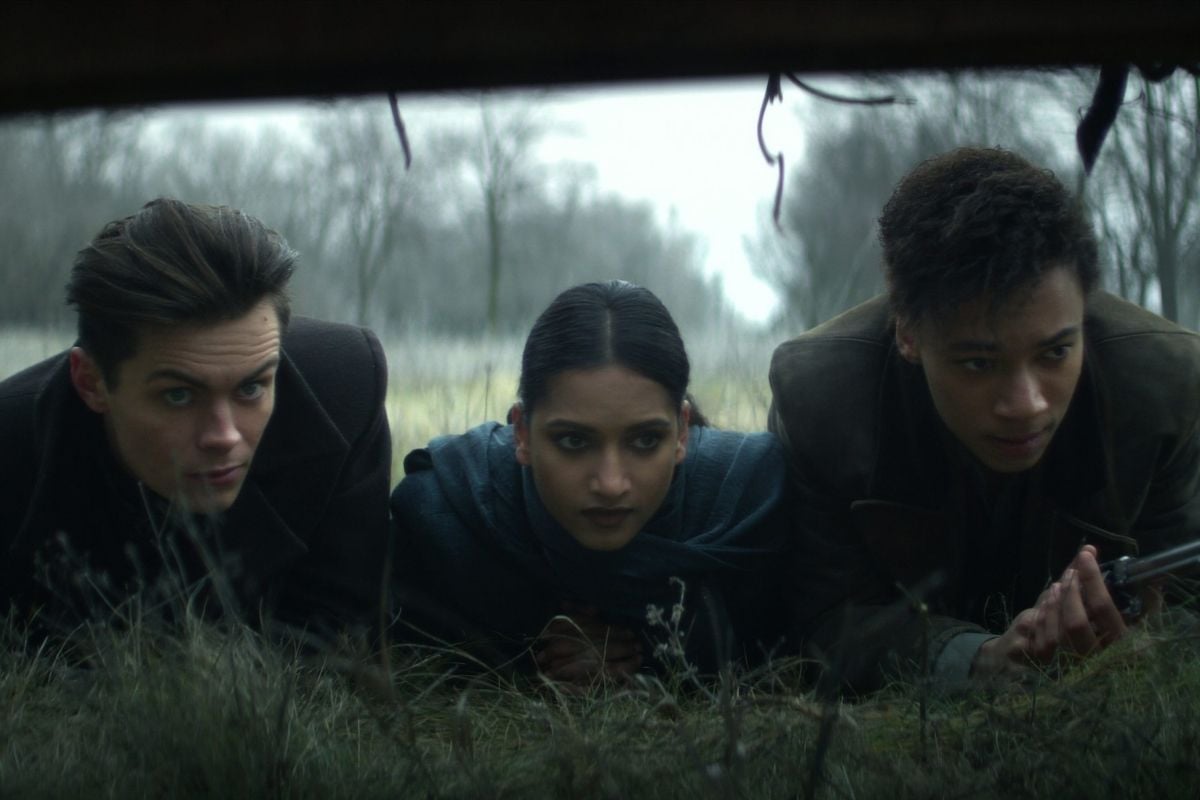 Kaz, Inej, and Jesper are the best part of Netflix’s Shadow and Bone. I said, what I said. Seriously, even Ben Barnes and his beard can’t compete with how great The Crows are or how they enrich this show in so many fascinating ways. That’s why I’m starting off by reading Six of Crows by Leigh Bardugo before I read any of the other books in her “Grishaverse” that it and Shadow and Bone are part of. The Crows have ensnared me, and there’s no turning back.

While including The Crows in this portion of the Grishaverse is a major change from Shadow and Bone’s book trilogy, without The Crows, I don’t think that this show would’ve found its rhythm quite as fast. Why? Because they balance everything out when it comes to Alina and her storyline. They are the fun, adventurous, and scheming part of the show, for the most part, while Alina is dealing with self-reflection, new powers, and the weight of the world on her shoulders.

The Crows are quick-witted, disruptive, jovial, and craftier than anyone else on this show. And together they present a found family that leans on each other for support without even asking. They know each other that well and have the other’s back no matter what foes they may face. And that makes for a dynamic grounded in trust, love, and family that none of them have outside of The Crows. How can you not fall in love with characters like that?

Let’s break them down a little more.

Kaz, played by Freddy Carter, speaks the most in Shadow and Bone. And no, I’m not talking about it in actual words. He shows that he cares for Inej and Jesper through body language. So when he lets them close, when he looks at them (or refuses to), and when he fights side by side with them, it all means something monumental to him. Because Kaz isn’t an easy man, but it means something colossal to him to have these two people in his world, and this is how he shows it.

Then there’s Inej, who is played by Amita Suman. She’s the compass of The Crows. She keeps them going, keeps them fighting, and keeps them safe. Inej is also extraordinary because no matter what has happened to her in the past, she still believes in something better for this world. She has hope when others tell her not to. And because of that, she shines just as bright as someone like Alina, who is a legit Sun Summoner. It’s in Inej that I believe.

And finally, there is Jesper, played by Kit Young. I’m a little more partial to the bisexual disaster that is this gunslinger. Seriously, he’s got the best lines, teases his family from here to kingdom come, and shows his range from holding onto a goat while being attacked to protecting said goat with his extraordinary skills. Also, he has Kaz and Inej’s backs no matter how crazy or bad of an idea it is. If it has these two involved, then he’s in.

Special mention has to also go to Kaz and Inej. Those two aren’t in love. What they have between them surpasses love and enters soul mate territory from the very first moment they’re together. They understand each other, would go to bat for each other, and hold each other in the highest regard. Do they show that to each other all the time? No. But it’s baby steps in Netflix’s Shadow and Bone that will eventually build up to something even more beautiful than what we already have.

Together, they create The Crows and one of my all-time favorite trios on TV.

Now, imagine how that love is going to grow when we get season 2 of Shadow and Bone? *Rubs hands together in anticipation.* Because there’s always another once-in-a-lifetime heist on the horizon for people like them. But as long as they’re together, everything will be ok. I just know it.