Simone and Staggs' Crosswind Developed for TV | The Mary Sue 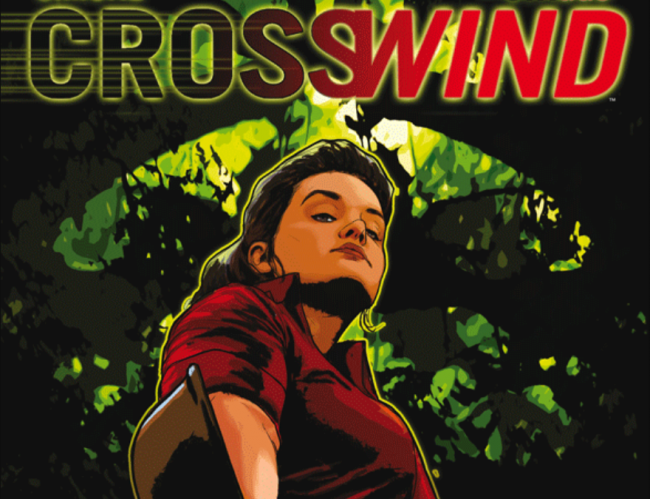 Vanessa Piazza, who has served as an executive producer on the TV shows Lost Girl and Dark Matter, recently signed on for producing partnership with Entertainment One (eOne), a Canadian entertainment company. As part of that partnership, Piazza is developing Gail Simone and Cat Staggs’ comic series, Crosswind, for television.

Crosswind is a supernatural, body-switching thriller. As the Image Comics website summarizes, it’s about “A slick and ruthless Chicago hitman. A smart but downtrodden Seattle housewife. When an inexplicable event strikes these two random strangers, their bodies, souls, and lives are switched to potentially deadly effect. It’s Freaky Friday meets Goodfellas!”

Unlike many body switch stories, though, Crosswind doesn’t play the change for laughs. Simone summarized their approach in an interview for CBR. “A lot of those stories are played for laughs, it’s like, ‘YOWZA YOWZA, I GOT BOOBS’ or worse,” she said, “and you know, that’s just not anywhere we want to go. There’s a lot of cruelty in body switch stories sometimes; we aren’t about that, we’re doing a book where people have to look at themselves and it’s not always easy. That’s what elevates it, I think. In these stories, it’s always presented as a curse, it’s a whole ugly trope, and there’s a nasty kind of puritanism to that. Each new issue is going to show that that’s not what we’re going for.”

Variety reports that Simone will write the series pilot and serve as an executive producer, while Staggs will serve as a consulting producer. Both creators have served as voices for better representation in the comics industry, so I’m excited to see they’ve been brought on board.

But what do you all think? How do you think Crosswind will translate to the small screen?

(Via Variety; image via Image Comics)