You could say it makes them "mooserable." 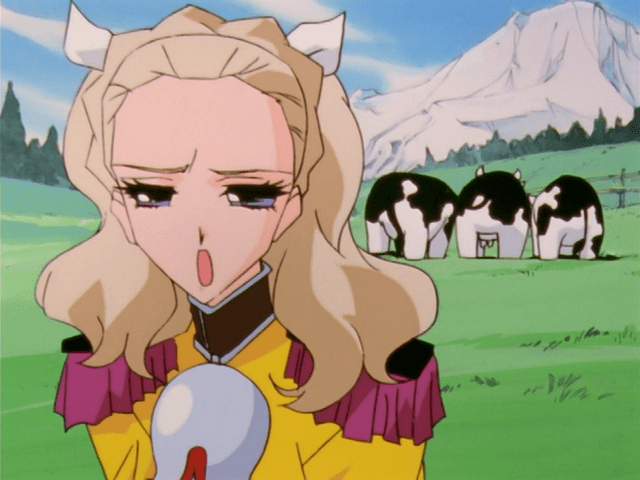 While nowadays most people associate cowbells with a over-enthusiastic Will Ferrell character, they’re still pretty synonymous with the animals they were named after—particularly in Switzerland, where the cowbell is a national cultural symbol. But according to research from the Swiss Federal Institute of Technology in Zurich, cows actually really freaking hate those bells, and in some cases they even cause permanent hearing damage. Maybe stick to chocolate and army knives instead, Switzerland?

In order to test the effects of cowbells on cows for a doctoral dissertation, Julia Johns and a colleague attached 12 pound bells to over 100 cows in 25 different parts of the country, and measured both their decibel levels and the cows’ reactions to them. Possibly that might not have been the most ethical thing if your goal was to figure out how the cowbells affect the cows, but okay. After all, it’s not as in Johns’ team could have predicted that the cowbells could reach decibel levels of 113—which is about as loud as a chainsaw, and far above the legal accepted limit of 85 dB (fun fact: the U.S.A’s legal limit is higher than that of other countries at 90dB. We party hard).

Furthermore, the bells had a significant impact on the mood of these cows; many chewed their food at a much slower rate than usual, and some cows were completely unresponsive to sound at all. It’s unclear whether the weight or the sound of the bell is what’s causing most of the discomfort, but signs point to the latter, considering that having something heavy around your neck doesn’t normally cause hearing loss.

Of course, it’s going to take a lot more than that to convince some farmers to try another method to locating their herding cows, as bells prove particularly effective in mountainous regions that don’t get very good GPS service. One farmer also pointed out that the bells Johns used in her research are ceremonial and much heavier than the ones that most cows wear on a day to day basis. But for many Swiss animal activists and even the Swiss Tourism board, the loss of a cultural legend is less important than the safety and health of these cows.

“It would be the end of a myth, of an image of Switzerland,” Swiss Tourism spokesperson Véronique Kanel told The Local, a national newspaper. “However, our mountains also have other assets, including silence, which is what people are also seeking when they go to the Alps.” Dang, farmers, you are going to need something for that sick cowbell burn.  I’d offer you my usual prescription for fevers, but something tells me that won’t play too well.