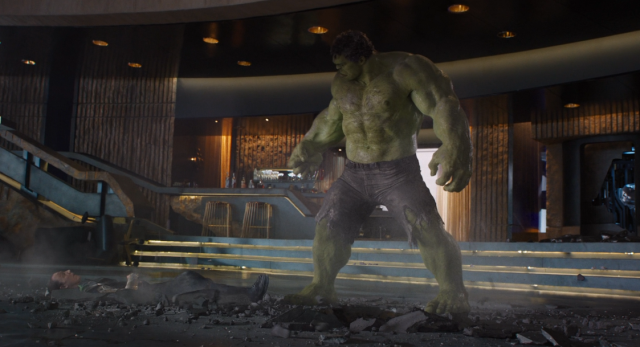 A few years ago, when I started working with special needs children, I did my best to erase my fannish presence from the Internet. I deleted fandom accounts, locked down my social media, and made new aliases in case my old ones had been compromised. I was concerned that parents wouldn’t want me working with their children if they knew that I’m the kind of person who engages in complicated debates about Omega reproductive organs and reblogs drawings of Sherlock Holmes tied up and getting rimmed by Dr. Watson.

Today, I write articles like this, and people still pay me to help their children learn their letters. Fandom has come out of the shadows and is being embraced by the mainstream. And, with parents and their teens swooning over comic book heroes and the actors who play them, fannish sexuality is finally a bit less taboo.

I recently complimented a co-worker’s Iron Man messenger bag and ended up in a very fun conversation about Marvel (mixed feelings), Robert Downey Jr. (swoon), and fandom in general. My co-worker, a maternal, loving woman in her late forties who we can call Nancy, eventually shared her Tumblr info with me. “I think I’m the oldest person on there,” she said, cringing.

“No way,” I said. “Fandom is for everyone.” I have several friends in their forties or older who are active in online fandom, and I’ve never heard any judgement from younger fans about it. Contrary to what the haters say, fans come from every demographic.

I went home and looked up Nancy’s Tumblr, and it was filled with SFW fan art and gifs and the normal crap you see on Tumblr.

But it’s the Information Age, and the information that someone actually gives you is never enough. Nancy’s Tumblr info led me to her LiveJournal, and I used her LiveJournal info to find her on AO3.

The cardinal rule in kink is “Don’t judge anyone else’s”, and I’m not actually judging Nancy’s. I read (and sometimes write) all kinds of insane and wonderful filth, and I don’t in any way think the fact that Nancy has apparently written about twenty different dubcon fics about Loki getting fisted by the Hulk makes her a bad person or a pervert or anything other than a prolific writer. (And if it had been Sherlock getting fisted by John, I probably would have bookmarked it.) It’s just that, you know, it’s Loki getting fisted by the Hulk. Not Bruce Banner, but full on “the other guy,” the guy whose enormous green hands are a novelty item marketed to children. Like, really imagine that. And, to get the full experience, imagine Loki’s reaction ranging from “not all that into it” to “quietly horrified.” Imagine twenty stories like that, all written by a woman who signs her emails as “Nancy, mummy of Thomas and Lucy*.”

And I had to see her in the morning.

Now look, it isn’t as though I’d gone looking for baby pictures and instead found nude photos of my gran or something (which actually I have done, and may I say she looked fantastic). As soon as I found out that Nancy had a fandom account on Tumblr, I knew there was a reasonable chance I’d find some smut. And I chose to look through Nancy’s work on AO3, a fan fic archive specifically loved for its lack of arbitrary censorship, because I was trying to find the dirty stuff. The dirty stuff is kind of my whole thing, actually. And, while it’s still a bit odd for me to tell platonic friends how hot the sex scenes in their fics are, sex is part of the fabric of the fanwork community, and I love this community. So I really wasn’t prepared for the level of embarrassment I experienced while reading Nancy’s work.

Or was it that she didn’t give me her AO3 username? Did I feel guilty about Internet stalking her and finding her fetish? Maybe she didn’t want me to know what she’s into, for exactly this reason.

Because, guys… the Hulk. Like, just, I really don’t know anything about Asguardian anatomy, but, like, damn, you know?

The truth is, I probably shouldn’t have Internet stalked her. The also truth is I’m going to keep Internet stalking everyone all the time, so I’d better just come to terms with knowing what all my co-workers and clients get off on.

I didn’t trust my poker face, so I ended up confessing to Nancy the next day. At first, she was horrified — that I might be judging her skills as a writer. She was much more self-conscious about the quality of her writing than she was about the content of her stories, which was dumb because her writing was actually really good, and her stories were about Loki getting fisted by the G.D. Hulk for chrissakes.

So we laughed about fandom and vented a bit about how no one ever writes in a good hand-washing scene after some assplay, and I gave her my AO3 info so she could get back at me a bit. And now instead of thinking of her as Nancy, mummy of two adorable children, I think of her as Nancy, the filthy perv who gets off on Loki being fisted by the freaking Hulk.

And instead of thinking of me as Kiri, who works with students with anxiety disorders, she can think of me as Kiri, the filthy perv who gets off on Sherlock Holmes tied up and getting rimmed by Dr. Watson. It’s better this way, I think.

*Obviously not their real names. This article was written with Nancy’s permission.

Kiri Van Santen co-chairs a nonprofit and loves fans and fan culture, but she hates screaming and crowds. Her fandoms include sitting quietly and being reasonable. Follow Kiri on Twitter.