Plus Stranger Things, The Witcher, and more! 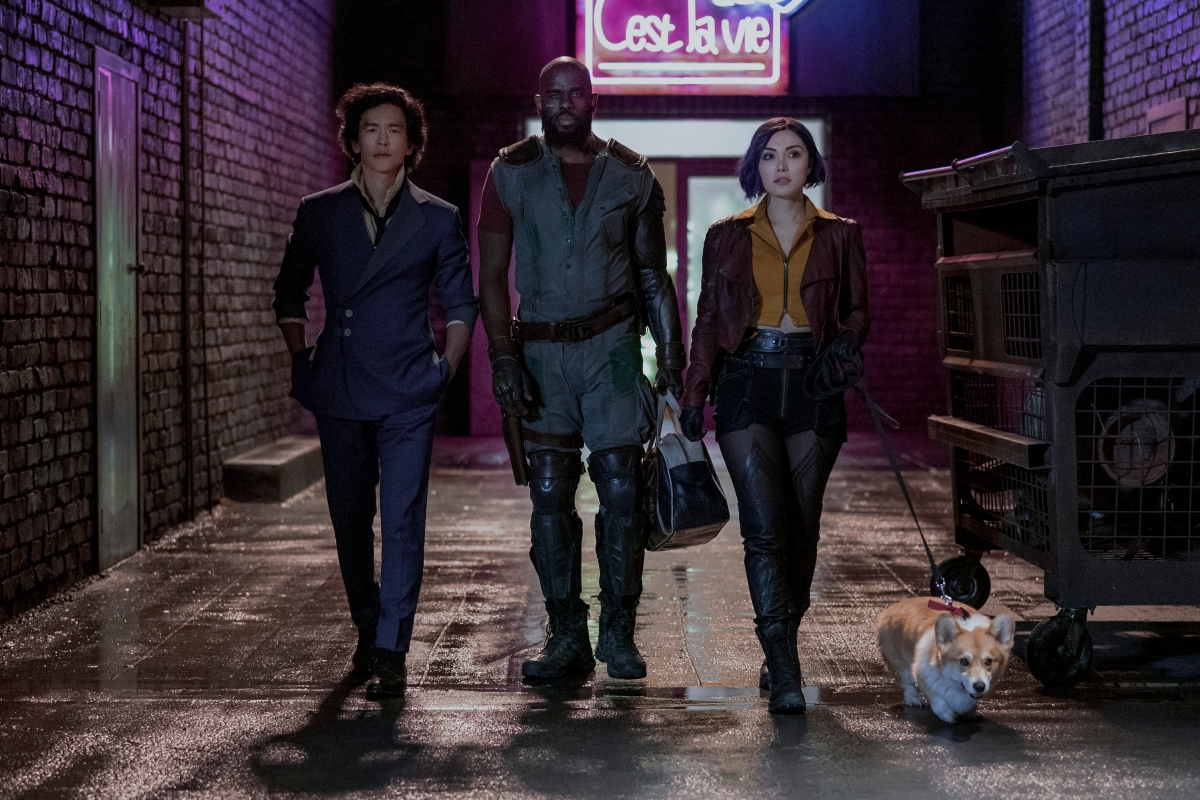 Netflix’s Tudum global fan event was held today, where fans got a first look at a variety of upcoming film and television premieres on the ubiquitous streaming platform. The event, named after Netflix’s startup music, is the steamer’s own version of D23 or Nintendo Direct, featuring more than 145 celebrities, 70-plus series, and 28 films all of which will be translated into 29 languages. Netflix dropped A LOT on us today, so let’s take a look at the most highly anticipated new series and films coming soon to a television/tablet/phone near you.

One of Netflix’s most highly anticipated upcoming series is The Sandman, based on Neil Gaiman’s iconic DC comic book series. The first look video gave us a glimpse of the summoning ceremony where Roderick Burgess (Charles Dance) conjures forth Dream (Tom Sturridge). The cast includes Jenna Coleman, David Thewlis, Stephen Fry, Patton Oswalt, Joely Richardson, Kirby Howell-Baptiste, Gwendolyn Christie, and many more. Netflix also dropped some character posters for the upcoming series. A premiere date has yet to be announced.

The long-awaited fourth season of Stranger Things dropped a teaser trailer that shows a family moving into Creel House, which seems to have some suspicious elements, before jumping forward in time to see the Hawkins crew investigating the decrepit old home. The new season will drop sometime in 2022, 3 years after season 3.

From the creators of League of Legends comes this gorgeously animated new series. Set in the utopian region of Piltover and the oppressed underground of Zaun, the story follows the origins of two iconic League champions and the power that will tear them apart. Hailee Steinfeld (Dickinson, Hawkeye) voices Vi, and she will be joined by Ella Purnell, Kevin Alejandro, Katie Leung, and Harry Lloyd. Arcane will be released on November 6 and rolled out in three acts (consisting of 3 episodes each) released weekly.

Remember 350 years ago in the spring of 2020 when a documentary series about sex, murder, extortion, country music, and tigers swept the internet? Whelp, the world of Joe Exotic returns with Tiger King 2, a follow-up to the wildly successful series. Tiger King 2 will also be contending with NBC’s own Joe Exotic limited series which stars John Cameron Mitchell as Exotic and Kate McKinnon as Carole Baskin. Are we collectively done with the drama or will viewers return for the next chapter in the Tiger King saga? We’ll find out on November 17.

Despite hosting a Witcher Con earlier this year, Netflix dropped plenty of new content for their smash hit fantasy series. In addition to news of a season 3 renewal, we saw a new trailer and exclusive clips from season 2.

Fans also got a first glimpse at Witcher prequel series Blood Origin with a set tour. Blood Origin is set 1200 years before the events of the television series, and will follow the creation of the first Witcher, as well as the events leading to the “Conjunction of the Spheres”. The series stars Sophia Brown and Michelle Yeoh.

And if that weren’t enough, we’re also getting The Witcher: Nightmare of the Wolf, an animated film focusing on the origin story of Geralt’s mentor and fellow witcher Vesemir.

More trailer drops include the latest film from Studio Colorido, Drifting Home, a story about two childhood friends that drift into a mysterious sea alongside an entire housing complex. The film hits Netflix sometime in 2022.

We also got the first trailer for Super Crooks, an anime adaptation that follows small-time crook Johnny Bolt as he recruits the ultimate crew for one last heist.

And of course, we get a first look at season 2 of Bridgerton which centers on new cast addition Simone Ashley (Sex Education) who verbally spars with Anthony (Jonathan Bailey) the eldest son and Viscount Bridgerton.

We also get the first trailer for Army of Thieves, a prequel to Zack Snyder’s Army of the Dead, which sees German safecracker Dieter (Matthias Schweighöfer, who also directs) as he gets recruited to join a crew of Interpol’s most wanted criminals, led by Gwendoline (Game of Thrones‘ Nathalie Emmanuel).

And this just scratches the surface of what Netflix has in store for 2022. What are you most looking forward to watching?