Ed makes her first appearance! Move over Bebop crew, there's a new favorite on board. 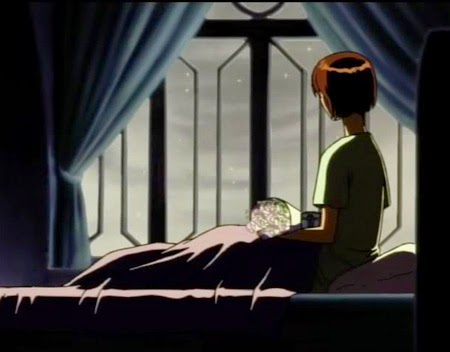 So this is the Ed character everyone was waiting for? I get it.

But first some thoughts on “Waltz for Venus,” which was a nice change of pace after last weeks more slapstick heavy episode:

Now on to Edward. 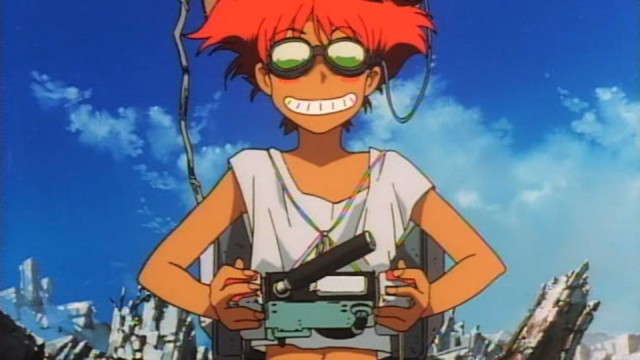 The universe-building in this episode is spectacular, as we learn for the first time that anyone who still lives on Earth has been forced underground due to a catastrophic Gate accident, causing daily rock showers that pummel the planet. To communicate with the larger, galactic universe, a network of protective satellites were installed in constant orbit. This is how we meet Edward, as she hacks into the Earth Gate server, spotting the Bebop as they’re scheduled to land for a vacation.

Faye and Jet get more of a spotlight this episode as a pairing that is used for great comedic value, as they’re the two who feel like going after a hacker, something Spike deems as too boring for him. Of course, Edward ends up presenting more of a challenge as no one on earth seems to have any real insight, all of their information being built off of rumors. Edward tells them that the actual hacker is the satellite itself, and says that she will help as long as Faye promises her a favor at the end.

The satellite had become lonely from a lack of humans and, gaining consciousness, began drawing pictures of its missing friends. It ends up befriending Edward, who is some sort of genius hacker despite her youth, who in the process uses it as leverage to get a promise out of Faye.

I understand why people were anticipating her arrival, as she instantly shakes up the group dynamic; her bargain with Faye ends up making her an official member of the Bebop team, something neither Faye, Jet, or Spike had really signed on for. At the end of the episode, Spike rants to Jet about how the three things he can’t stand have ended up on their ship, and it’s apparent just how more interesting the show can become with those three (well, maybe not Ein.)

Faye’s destructive nature (again I have so much more fun watching her battle someone than Spike just for the wreckage she leaves behind) and Edward’s intellect and aloof personality compliment Spike and Jet’s more straight-laced traits. Now that the whole crew is onboard (unless there’s anyone new coming along?), I can’t wait to see how the bounty hunting goes from here on out.

Also, for people who have seen it, where should I watch the standalone Cowboy Bebop movie to fit in with the episodes? Does it really matter?

Next episode looks like it’s the Jet-centered episode, which from the comment section last week seems to be the collective least-favorite episode, so I might have to do two episodes for that one as well.