Covfefe Was Dead, and Then Sean Spicer Desecrated Its Corpse

Does he have to ruin healthcare, the environment, AND memes? Can we have nothing? 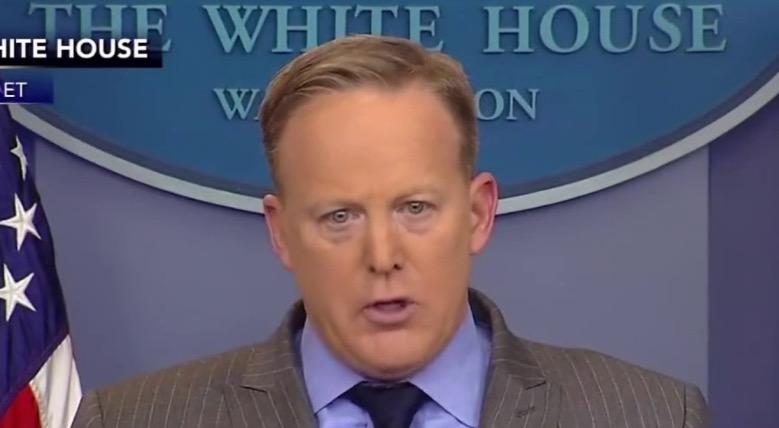 Last night, the Internet went nuts over a Donald Trump tweet typo: “covfefe.” Why? Who knows? Maybe we need literally anything to bring us joy as we slip farther and farther into a bizarro universe that makes no sense. The tweet stayed up well into the morning, when it was finally deleted, and though the moment had already long passed anyway, Donald Trump officially killed the meme dead by trying to be in on the joke.

But that wasn’t enough for White House Press Secretary for the Time Being Sean Spicer.

The tweet itself was an obvious, simple typo, stating, “Despite the constant negative press covfefe,” and obviously meaning, “Despite the constant negative press coverage,” a sentiment from Trump as regular as his early morning, probably-from-the-toilet tweetstorms. Why did it stop abruptly there with a typo? It’s anyone’s guess. Trump isn’t exactly known for a mastery of coherence in his tweets. Maybe it was a multi-parter, but he got bored and fell asleep watching old, taped episodes of The O’Reilly Factor and getting all weepy about the “good old days” before he returned to write out the rest.

Maybe he’s still composing the followup. His longer strings of tweets have been known to take a considerable amount of time in between, as though his tiny hands struggle to operate his phone. Whatever the case, Spicer’s normal job of explaining the unexplainable was filled in by the B-team as we waited for the inevitable press briefing soundbite, and the results were predictably silly:

Covfefe was not poll tested or focus grouped. Another reason our @POTUS is simply great! He’s human. He’s real. He’s just like us!

I … look, the tweet didn’t even need a defense, or whatever you want to call that. It didn’t need to be spun in a positive way, because that just seems desperate. That didn’t stop Spicer when he finally got his chance, though, and he did not disappoint:

Spicer on the covfefe tweet: “The President and a small group of people know exactly what he meant.” (via @MSNBC) pic.twitter.com/OZ1rHvv6Bh

Yes, he really said, “The President and a small group of people know exactly what he meant.” He really, very much tried to turn it into a full-on “I meant to do that!” That’s just nuts. All he had to do was say it was a typo and move on, but he was, once again, completely unable to just take the path of least resistance and not turn a simple error into A Thing.

What … what is this? Was he also trying to pull the “tee hee, we can take a joke, see?” bit that Trump already tried this morning? Does he just feel defensive over his own near-constant stream of verbal typos? Why would you double down on a typo? It’s not a “small group of people.” It’s everyone—literally everyone. It is the largest possible group of people you could have. Everyone knows what word he meant to type. We already know his tiny stable of repetitive talking points. There is no grand mystery.

Enough. To quote our own Charline Jao, “THE EMPEROR IS NOT WEARING CLOTHES.” What is the goal here? (Narrator: There isn’t one.) If it’s to make us feel like we’re losing our minds over a joke that was only mildly funny to begin with and quickly went downhill from there, it is working. Spicer, you clever devil. It’s all going according to plarm. 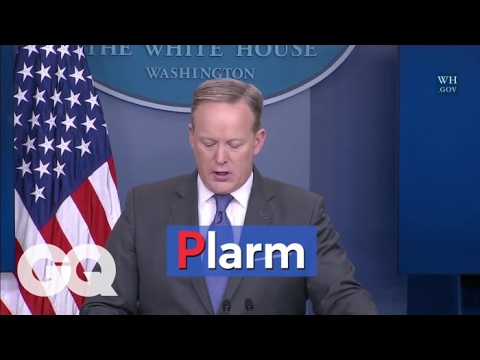