Court Rules in Favor of Google/YouTube Against Viacom 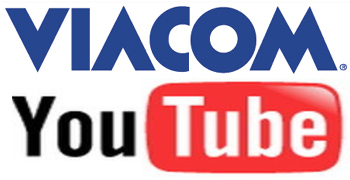 Remember the golden days when people watched Daily Show clips on YouTube (for that matter, remember when you could watch them on Hulu)? Well, those clips (and 100,000 others) led to a lawsuit between Viacom and YouTube-owning Google that had its ruling today. In the end, the judge ruled in Google’s favor which means the company won’t have to pay Viacom the hefty $1 billion worth of damages that Viacom was asking for.

U.S. District Judge Louis Stanton dismissed the lawsuit today effectively taking YouTube off the hook. However, don’t expect to see those clips returning ever. In fact, it seems that the very fact that YouTube removed them so quickly was one of their saving grace.

From the judge’s ruling:

“Indeed, the present case shows that the DMCA notification regime works efficiently: when Viacom over a period of months accumulated some 100,000 videos and then sent one mass take-down notice on February 2, 2007, by the next business day YouTube had removed virtually all of them.”

Tech Dirt points out that Viacom will most likely appeal so the story isn’t done yet. They also have an in depth analysis of the ruling here.

To refresh your memory, here is Viacom’s original statement from back in 2007:

YouTube is a significant, for-profit organization that has built a lucrative business out of exploiting the devotion of fans to others’ creative works in order to enrich itself and its corporate parent Google. Their business model, which is based on building traffic and selling advertising off of unlicensed content, is clearly illegal and is in obvious conflict with copyright laws. In fact, YouTube’s strategy has been to avoid taking proactive steps to curtail the infringement on its site, thus generating significant traffic and revenues for itself while shifting the entire burden – and high cost – of monitoring YouTube onto the victims of its infringement.

This behavior stands in stark contrast to the actions of other significant distributors, who have recognized the fair value of entertainment content and have concluded agreements to make content legally available to their customers around the world.

There is no question that YouTube and Google are continuing to take the fruit of our efforts without permission and destroying enormous value in the process. This is value that rightfully belongs to the writers, directors and talent who create it and companies like Viacom that have invested to make possible this innovation and creativity.

After a great deal of unproductive negotiation, and remedial efforts by ourselves and other copyright holders, YouTube continues in its unlawful business model. Therefore, we must turn to the courts to prevent Google and YouTube from continuing to steal value from artists and to obtain compensation for the significant damage they have caused.