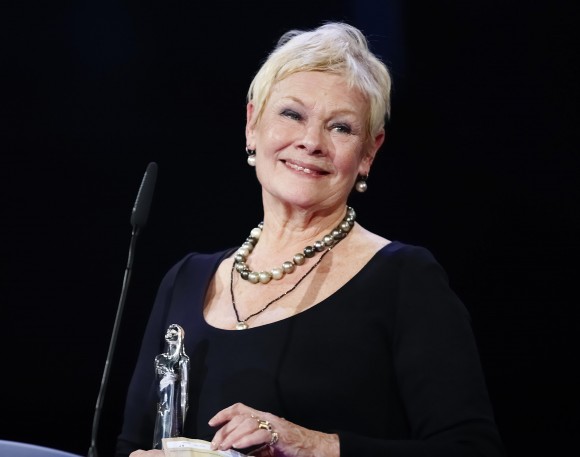 Judi Dench will join Ian McKellen, Gillian Anderson, and Mark Williams (who can be seen in the Harry Potter movies as Arthur Weasley) for the new zombie comedy, The Curse of the Buxom Strumpet, which is an extended version of E’Gad, Zombies!, a short film that appeared in last year’s Cannes Film Festival and also featured McKellen. It will be directed by Matthew Butler, who co-wrote the first script with Tori Hart. Cameras roll in Scotland later this year for the 18th century zombie romp through Upper Trollop.

Here is the synopsis for E’gads, Zombies! from its homepage:

… [William Filthe] was the younger brother of the family and therefore his chances of actually achieving anything in his life were slim to middling at best. Not that this mattered to him of course, for he was in love with the beautiful but slightly terrifying Vanity Banks, and had decided that as soon as she stopped throwing vegetables at him, they should marry. The reason Vanity threw vegetables at William was because he was poor. She was rich and everybody loved her, so why on earth would she marry a poet who spent his time at her window spouting his ludicrous poetry? So, she decided to marry Richard Filthe, William’s affluent elder brother and all-round bad egg. So William, devastated, decides to leave England and live as a monk, turning his back on life and love. On the morning of his departure however, he finds his household deserted and one of his servants, Sandwich, half eaten. Racing through the town to save the woman he loves, he discovers that Upper Trollop has been infected by an illness, turning all it’s inhabitants into crazed creatures and making them all rather … bitey …

Since this is expanding into a full-length movie, this plotline — if included — will probably be a backdrop to the overall zombie mayhem. It looks like McKellen will be playing Lord Fortitude, the man who leads a band of survivors back to France to escape the zombie plague. And, if Strumpet is a direct adaptation of E’gads, Anderson and Williams will likely play Vanity Banks and William Filthe. Does this mean Dame Judi is going to be the “buxom strumpet”? Probably not. Right now, it’s not entirely clear who she is playing. But is this going to be the most classy and distinguished zombie comedy ever? It certainly looks like it. Can we please suggest either John Malkovich or Willem Dafoe for the role of Sandwich? Or, if you want to stay English, Colin Firth?

Below is the teaser trailer for the short film.

(Shock Till You Drop)