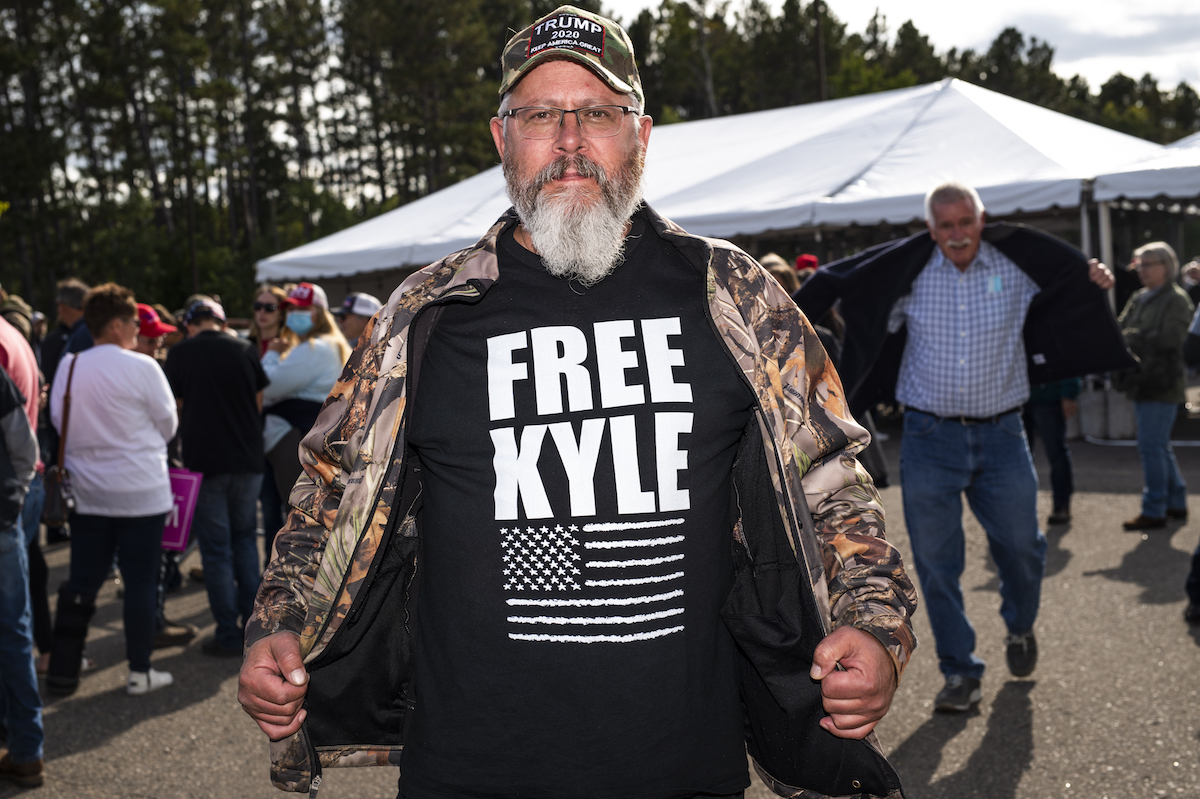 Kyle Rittenhouse had so much support after allegedly shooting and killing Black Lives Matter protesters in Kenosha, Wisconsin last summer, that he was reportedly able to pay the entirety of his original $2 million bond with money from various crowdfunding campaigns.

One of those campaigns was on the site GiveSendGo, which calls itself the “#1 Free Christian Crowdfunding Site.” That campaign raised nearly $600,000 and is full of messages of support from anonymous donors—messages like “You did nothing wrong,” “Thank you for protecting us,” and “Thanks for being brave.”

Thanks to a data breach at the site, shared by a group called Distributed Denial of Secrets, those anonymous donors have now had their identities revealed. And an abhorrent but not at all surprising number of them are police officers and public officials.

The Guardian writes: “One donation for $25, made on 3 September last year, was made anonymously, but associated with the official email address for Sgt William Kelly, who currently serves as the executive officer of internal affairs in the Norfolk police department in Virginia.”

The comment attached to that donation read, “God bless. Thank you for your courage. Keep your head up. You’ve done nothing wrong.”

“Every rank and file police officer supports you,” it reads. “Don’t be discouraged by actions of the political class of law enforcement leadership.”

Other donors to Rittenhouse, according to the email addresses used, included a paramedic, a city employee in Utah, and an engineer at the Lawrence Livermore National Laboratory in California, a federal research facility that oversees the maintenance of the U.S.’s stockpile of nuclear weapons. All people you really don’t want to see supporting an accused racist murderer, financially or otherwise.

(A rep for the Lawrence Livermore National Laboratory told The Guardian that that engineer, Michael Crosley had made “an honest mistake”—not in donating to the campaign, but because he had “never intended to use his Lab email on this matter.”)

But Rittenhouse’s campaign is not an anomaly for the “Christian” site, which has hosted and is currently hosting campaigns for members of white supremacist groups like the Proud Boys, including at least one Fresno police officer who was fired after it was revealed that he was allegedly a member of the Proud Boys.

The site has hosted a campaign raising money for Rusten Sheskey, the Kenosha police officer who shot and killed Jacob Blake and who has already returned to duty. That campaign received dozens of donations from email addresses and badge numbers associated with Wisconsin police officers.

Another campaign raised more than $80,000 for four Houston police officers who were fired after they shot and killed Nicolas Chavez, who was on his knees, already wounded, and apparently in the midst of a mental health crisis–circumstances which those officers lied about and which were only revealed thanks to cell phone footage of Chavez’s death.

That campaign received an anonymous $100 donation from what appeared to be the city’s fire chief, and another donation of $400 from an email address linked to Chris Andersen, a self-described “39 year Veteran of the Houston Police Department,” who has worked “as a Homicide investigator as well as a sergeant supervising a SWAT Assault Team.”

In the comment on the campaign, Andersen references a book he himself wrote, presumably deliberately misspelling his own name.

“I think that Chief Acevedo is part of the ‘unrecognized form of police corruption’ that Chris Anderson [sic] wrote about in his book’. Hang in there guys!!!” the comment reads. The crowdfunding campaign calls Acevedo an “Activist Chief.”

According to its Amazon description, that book, titled The Sniper: Hunting A Serial Killer – A True Story (because what all book titles need is more punctuation), is about how the city’s “upper police administrators (the politicians)” made policy decisions to try to stop police officers from killing Black men, and how this was a form of “corruption” only designed “to not agitate black activists,” and that it got in the way of catching a group of armored truck robbers.

We have long known that law enforcement agencies nationwide have been infiltrated by white supremacists, that this is in no way an issue of “bad apples,” and that racism is built into the foundation of this country’s system of policing. Still, this kind of racism on display is heartbreaking, if not at all surprising.

Plenty of other police officers, by the way, didn’t even bother hiding their names when donating to Kyle Rittenhouse’s crowdfunding campaign. Some people are bound to have ethical issues with this kind of data breach and information leak but personally, I couldn’t care less. None of these people should be able to hide behind anonymity when these are the kinds of things they’re choosing to support.