Danish Company Aims to Turn You (Yes, You!) Into Human Bullet | The Mary Sue

Danish Company Aims to Turn You (Yes, You!) Into Human Bullet 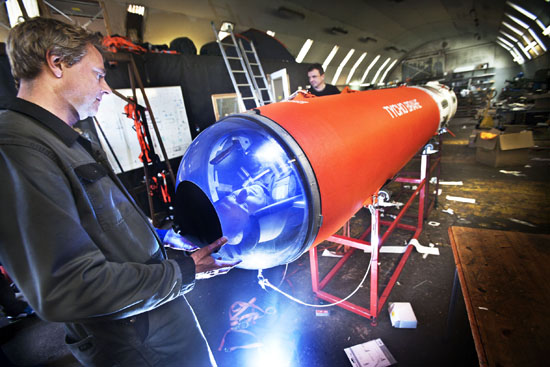 Do any of you remember the 1990’s cartoon The Tick? The show featured a tertiary character called The Human Bullet, who would fly into action by having his son fire him out of the large artillery canon housed in the Bullet’s backyard. If you’ve ever wanted to do the same, then Danish company Copenhagen Suborbitals might be able to give you the lift you need. And what’s more, they’re aiming to launch a major test flight this week.

The flight will be unmanned, launched from northern Europe, one of the many unusual tactics used by this fiercely independent company. The launch window is sometime between June 1st and the 14th, and will be streamed live from their website. This testflight will be another step for the company, bringing them closer to the ultimate goal of launching space tourists 100km up from the earth and landing them safely.

But what can you expect from a ride in their Tycho Brahe capsule? The 3.5m long capsule is topped with a clear dome, giving the passenger an uninterrupted view of the trip. Accommodations aboard the Brahe will be decidedly coach-class, especially compared to projects like Virgin Galactic. Passengers will be semi-seated inside the cylindrical capsule, and only able to move their arms during the flight. Copenhagen Suborbitals is banking that the view and experience of being launched into space will be worth the somewhat claustrophobic craft.

It’s an off-beat plan, which matches the company quite well. On their website, the company boasts of their amateur status, saying that it allows them to more quickly develop their projects. They also currently fund their operation entirely through donations. The result of their work is quite different from other projects, such as developing a craft to launch in environments far more urban than most space programs. Currently, they plan to continue blasting off from the open-water regions of the Baltic Sea. The company claims this will make their platform more flexible than others, and has the added bonus of being reached from a platrom towed by a homemade submarine. Also, the Brahe shirks the normal ceramic heat shield and instead uses layers of naturally flame resistant cork.

If you’re okay with being restrained inside an amateur rocket, launched from Northern Europe via submarine-towed platform in a cork-wrapped capsule, then keep an eye on this company because they’re certainly determined to be successful. Personally, I think I’ll keep my seat on terra firma, at least for now.