The Crazy Rich Asians star took to social media to vent her frustrations. 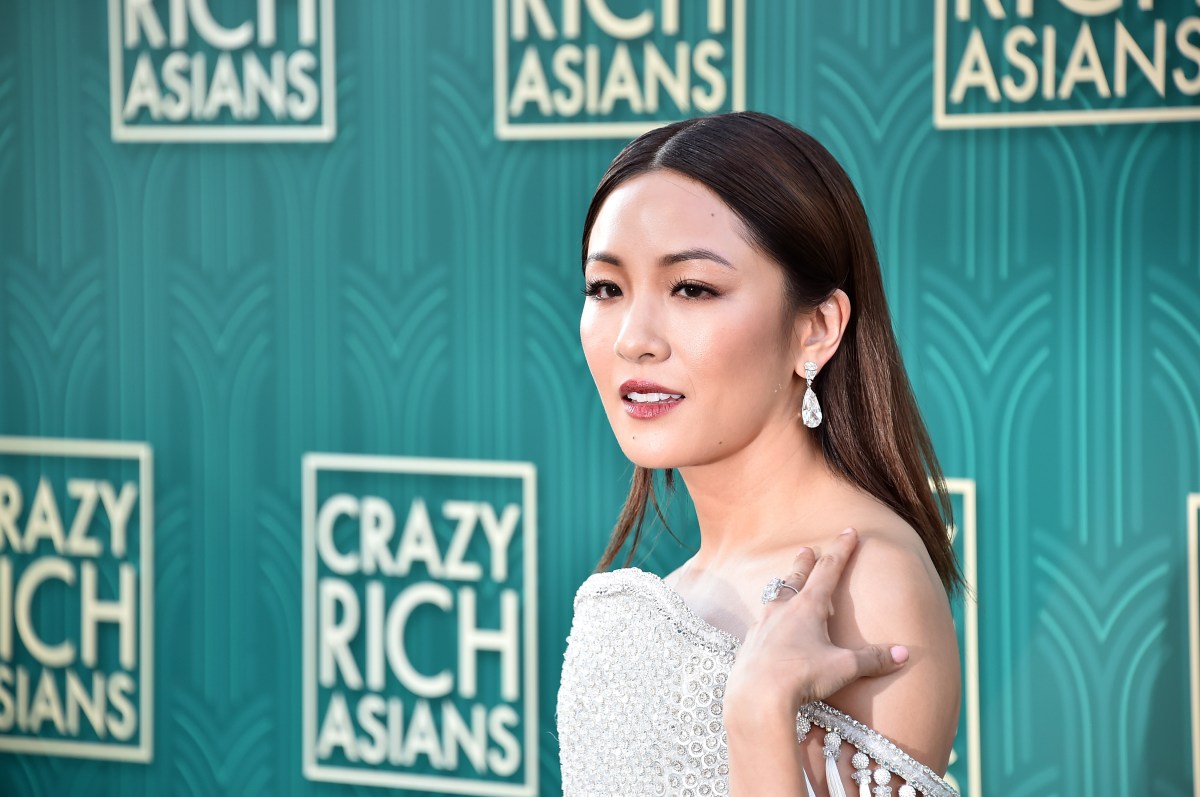 Constance Wu set social media on fire yesterday after a series of emotional tweets regarding the renewal of her ABC series Fresh Off the Boat. The star tweeted the following: 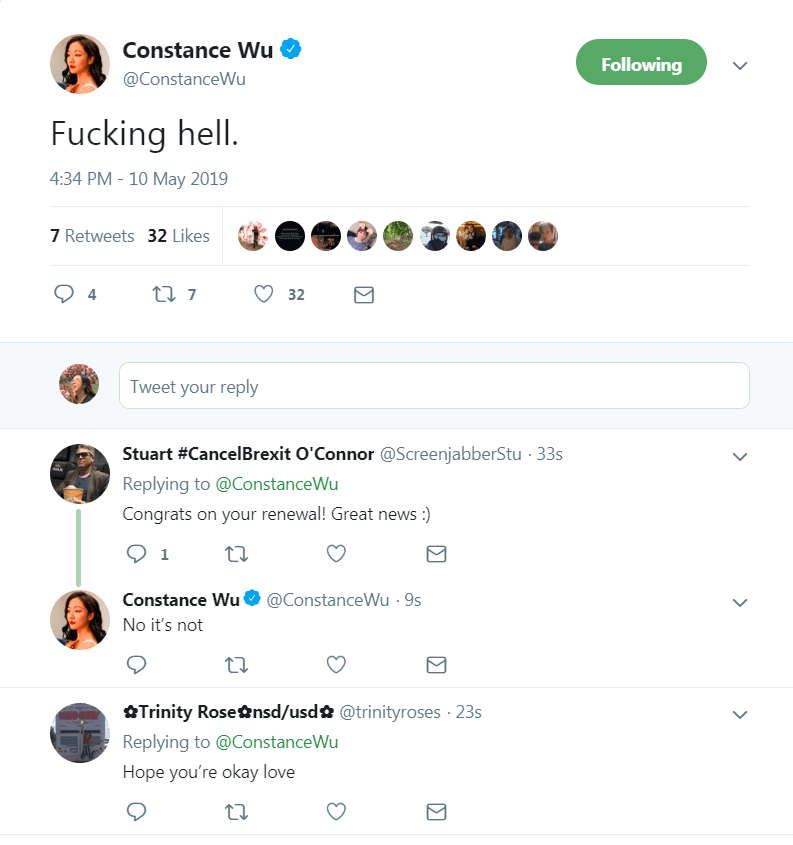 Fans were quick to connect Wu’s tweets with the same day announcement that FOTB was renewed for a sixth season. Wu commented “dislike” on the show’s Instagram page, which makes her feelings pretty clear cut:

Whether or not you like FOTB or Constance Wu, her outburst was unprofessional. After all, plenty of actors are struggling with the cancellation of their series (or struggling to find work at all), while Wu is in the prime of her career. Secondly, the series renewal means that the hundreds of cast and crew members that work on the series get another year of employment: that’s nothing to roll your eyes at.

Look, unless you’re completely anonymous on social media, it’s poor form to trash your job, no matter how shitty it may be (and will likely lead to you getting fired). But trashing a show publicly on social media, when your career was launched because of said job, is not a good look. And then there’s this sip of tea, courtesy of Wu’s Crazy Rich Asians co-star Gemma Chan:

Chan quickly responded that the like was accidental which, sure Jan:

Just to clarify – it was an accidental 'like'. Anyone looking for drama or beef, sorry to disappoint.

Future me dodging the like button whilst scrolling..👇🏼 pic.twitter.com/HY92pqQ6ND

But drama aside, are we being too hard on Wu? After all, everyone has the right to complain about their job, even actors. And Wu may very well feel frustrated at missing out on career opportunities, especially since Crazy Rich Asians has made her a hot commodity. Everyone has bad days, and who among us has not tweeted some pettiness out into the world?

There may also be things happening behind the scenes at FOTB that Wu doesn’t like. Inkoo Kang wrote a piece on the show for Slate, where she describes the dumbing-down of Wu’s character Jessica.

Kang writes, “The actress is as nimble as ever, but sometime last year, the writers seem to have forgotten what makes Jessica such a brilliant character. She still gets to throw flames, but now she’s forced to apologize for them, repeatedly. Her self-possession coarsened into self-absorption, Jessica has become yet another immature character in need of life lessons, alongside her middle- and high-school-age children. It’s a humiliating (and groan-inducing) turn, with insulting implications for the immigrant culture she represents.”

If that is the case (I haven’t watched the show in several seasons) it’s disappointing. Jessica is a terrific character and Wu is frequently the MVP of the series. If they are turning Jessica into a caricature, no wonder Wu is upset about a renewal.

Wu quickly released a statement saying that while she enjoys working on FOTB, its renewal meant she had to pass up on a film project she was excited about:

These words are my truth. I hope you hear them pic.twitter.com/l6SvbFcUlj

It’s a thoughtful apology and reponse, but we’ll have to wait and see if Wu’s comments have any impact on the future of the series. What do you think of the drama?