Conservatives Are Mad at Tim Kaine for Saying America Created Slavery. Which He Didn’t Say. 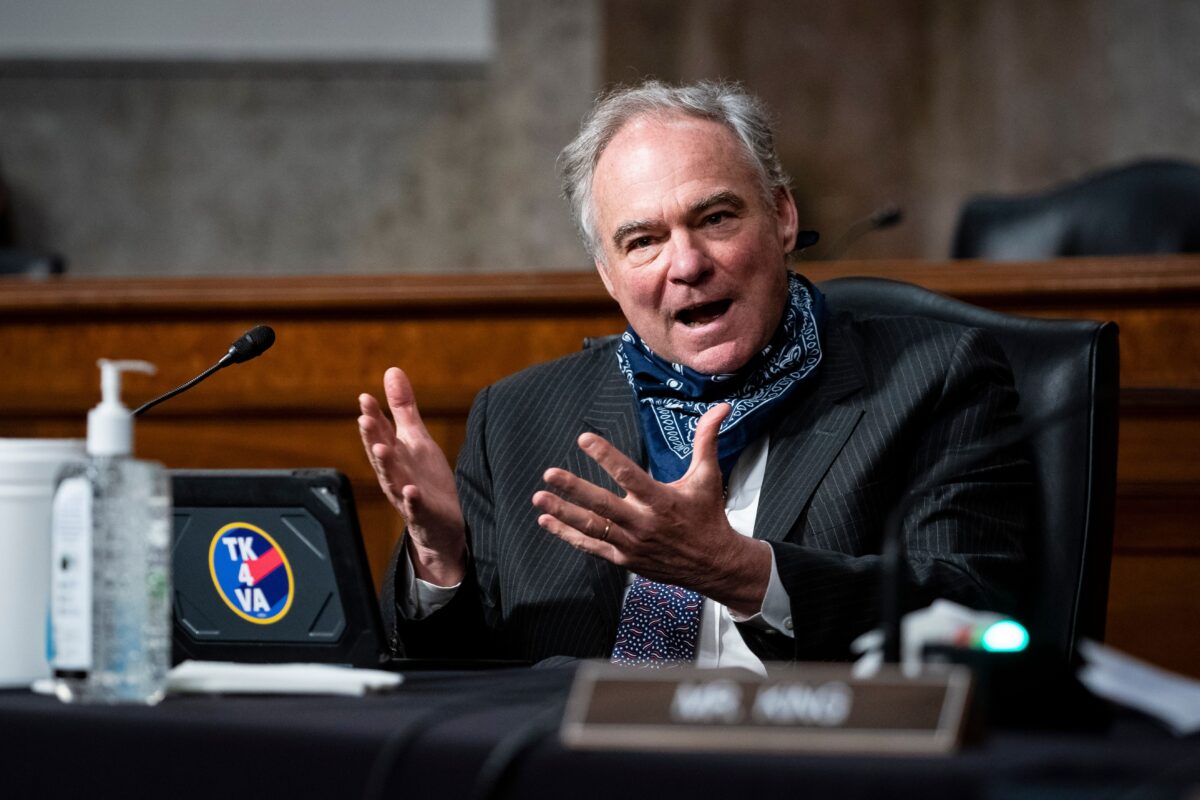 Conservatives will do literally anything, it seems, to avoid talking about race and racism and America’s very real and very VERY bad history with both. Take today, when a bazillion Twitter lemming pounced on a bad, bait-y tweet to denounce Senator Tim Kaine for saying, or seeming to say of slavery: “we created it.”

Sen. Tim Kaine: “The United States didn’t inherit slavery from anybody. We created it.” pic.twitter.com/VM86sRrtn1

Now, it’s very clear if you actually watch the clip, that what Senator Kaine is talking about here is how America, both in the colonies and in the framing of the United States Constitution, chose slavery. We created … our own legal framework for it. It’s an uncomfortable truth that we still are feeling the repercussions of. America chose to be a slave nation, after a lot of debate, but we chose it.

Maybe, just maybe Tim Kaine meant that America needed to take responsibility for the slavery we brought to and built in America, and not give excuses about slavery that existed elsewhere. No one forced America into slavery. We chose that.

Of course, Twitter conservatives don’t care about that. They just wanna dunk on Tim Kaine.

He’s not stupid enough to believe this, but he’s pretty sure his base of illiterate, culture-canceling Marxists will buy it. https://t.co/LIPLZ2CxEQ

That’s the standard dunk, but Matt “if the YouTube comments section were a person” Walsh took it to an even dumber level, of course:

Not only is he misunderstanding Kaine (again, didn’t do the reading, no surprise) but he’s also using this to peddle racist and incorrect hogwash? Yes, there was slavery among Native American tribes, but it wasn’t the large scale trade of human beings that the Europeans brought, and that doesn’t erase that Native Americans were also enslaved. Also, slaves probably didn’t build the pyramids.

Honestly, I could fill this space with a hundred bad-faith attacks on Tim Kaine from Twitter, based on absolutely nothing, but what’s more important to point out is the hate and bigotry of the people going after Kaine. Here’s a really good example, in a tweet from a person that seems to be what would happen if a fart could talk.

Slavery is a scourge upon this earth. It’s also the history of pretty much every nation since the beginning of time. Only an America-hating Democrat would pretend it began here. https://t.co/8HaWSc2LYt

First, no one is pretending that, but the narrative that this and so many other tweeters are building up is that Kaine, and Democrats, are “making stuff up” because they “hate America.” No. No one is making things up or getting an evil, bad education for communists at Harvard. What Tim Kaine is doing is pointing out America’s history and how we made our own, very very American version of slavery.

But he’s not saying anything because he hates America, but because he hates racism. And if these people can’t distinguish hating slavery and racism from hating America, well … that says a lot about how they see America.

There are a lot of bad actors here, from The Hill for publishing a misleading tweet, to every moron who retweeted and dunked on Kaine for saying something that he didn’t even really say. At a time when we desperately need to take time and find context for everything we are grappling with in our country and history, we need actual nuance. Not easy insults on Twitter which only reveal that the person making them is the truly ignorant one.