Uh, "freedom fries" would like word. So would The Chicks. And Colin Kaepernick. And ... 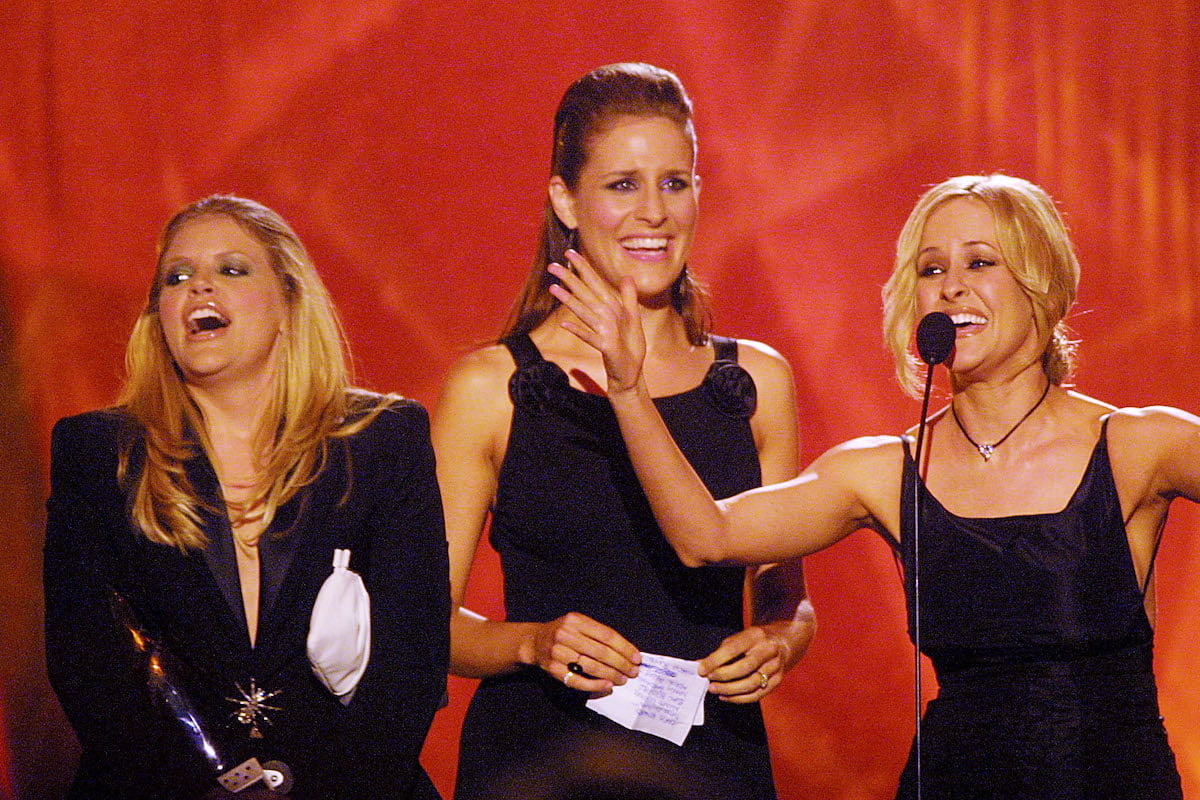 There are few terms more nonsensical than “cancel culture,” which has been adopted by everyone from the Trump children to lazy comedians looking to defend their racist/misogynistic/transphobic/otherwise horrible material. The term is meant to evoke fear that if you say something the elusive but all-powerful “woke mob” doesn’t like, you might be barred from participating in public life.

They insist this is the case despite the fact that pretty much everyone who has been declared to be a victim of cancel culture is still doing just fine, working steadily and making use of the large platforms to which they still have access.

This week, conservative media figures have been obsessed with convincing their audiences that Dr. Seuss has been “canceled.” This is because Dr. Seuss Enterprises, the company that controls Suess’s books and characters, decided to cease publication and licensing on six titles: And to Think That I Saw It on Mulberry Street, If I Ran the Zoo, McElligot’s Pool, On Beyond Zebra!, Scrambled Eggs Super!, and The Cat’s Quizzer.

This has led a number of rightwing personalities to make the bold statement that the left is trying to “cancel Dr. Suess” as a whole, often using memes or anecdotes about wildly popular books like The Cat in the Hat and The Lorax, despite the fact that neither of those titles are on this very short list.

The ridiculous subject even found its way to the House floor this week:

The books that are on the list are nowhere near Seuss’ most popular and they all contain racist imagery. It’s also not “the left” pushing for them to be discontinued—the decision was made by Dr. Seuss Enterprises. In the company’s own words, they “portray people in ways that are hurtful and wrong.”

This is a great explainer of how absurd these accusations of “cancellation” are:

Anyway, this subject has been getting constant coverage on places like Fox News and your Boomer relatives’ Facebook timelines. It’s being presented as the latest, most extreme and absurd example of the scourge that is “cancel culture,” a thing they 1) insist is real and 2) claim was just made up very recently by liberals and no one else.

Ths week, a Fox News guest dared to challenge that idea on air. Contributor Leslie Marshall pushed back against Jason Chaffetz’s claims that the left is responsible for “cancel culture.”

“It’s not the left doing this—not just the left,” she said, “and this is not new.”

“It sure is!” Chaffetz interrupted.

“I’m old enough to remember a band called The Dixie Chicks, you guys remember Dixie Chicks?” Her question was rhetorical but Chaffetz again interrupted to say that he “hated them” and that “they’re terrible,” which is the furthest thing from the point. (Also they’re wonderful and he knows it.)

“The Dixie Chicks had their CDs trampled on, their concerts canceled, their label canceled–why? Because they exercised their free speech and spoke against a conservative Republican president,” Marshall continued. “So cancel culture isn’t just happening in 2021 and certainly not just happening by the left, toward the right.”

Jason Chaffetz: “It sure is!”

Marshall is absolutely right. The George W. Bush-era was peak cancel culture (if we’re going to insist on using that term), giving us not only the “cancellation” of The Chicks (the group’s new name) but also–as many noted on Twitter today—the absolute ridiculousness of “freedom fries.”

For those of you not old enough to remember or if you’ve been fortunate to block it from your memories, “freedom fries” were what a bunch of Republicans decided to call French fries after France declined to participate in Bush’s invasion of Iraq. The invasion that pretty much everyone now agrees was a manufactured atrocity that had nothing to do with 9/11 or “weapons of mass destruction.”

The “freedom fries” name reportedly started in a diner in North Carolina but quickly made its way to the actual Congressional cafeteria. Sorry France, you’re canceled! By Congress!

The party of “Freedom Fries” would like you to know that “cancel culture” is a very serious problem.

“Cancel culture” is a ridiculous concept. The way it’s primarily used, all the term actually means is “consequences,” like when an actor is outed at a sexual predator or a racist or someone who compares being conservative to being Jewish in Nazi Germany. Sometimes when reassessing our past, as with the overseers of Dr. Seuss’s legacy, it means keeping up with shifting societal values.

Sometimes that means the company in charge of Dr. Suess’s books no longer wants to print and sell super racist caricatures. And sometimes you don’t want to watch a sexual predator do comedy anymore.

But conservatives cannot pretend like they have never done similar things when the examples are so endless and so publicly available. For instance, here’s that same Jason Chaffetz trying to “cancel” that movie The Hunt because he thought it was about celebrating the killing of “deplorables.” (It wasn’t.)

Had to dig through the archives a bit, but here’s @jasoninthehouse cheering on the cancellation of a movie on the Ingraham Angle. (8/12/19)

“That horrible movie, ‘The Hunt,’ will NOT be coming to a theater near you anytime soon. … I’m glad Universal did the right thing.” https://t.co/ld8BgLAmvO pic.twitter.com/h1H0O090Ce

This is from today. pic.twitter.com/feTShEWjGU

And let’s not forget the entirety of the 90s.

Please don’t talk to me about cancel culture. I was a Christian child of the 90s. We stopped listening to Sandy Patty & Amy Grant, stopped watching Disney, & avoided Proctor and Gamble products. Christians perfected cancel culture. They just don’t like it when the tables turn.

We also can’t ignore that the right’s version of “cancellation” can be much more sinister—something we have to look no further than the horrific treatment of Colin Kaepernick to see. A professional athlete chose to peacefully protest the police’s refusal to stop murdering Black people and the reaction of the white conservative right drove the NFL to blackball him entirely.

So no, “canceling” wasn’t invented yesterday and if we’re going to talk about how it reflects a person or political ideology’s chosen values, well, let’s just say I’m surprised conservatives even want to be having that conversation in the first place based on their track record of what it is they’ve chosen to take a stand against.