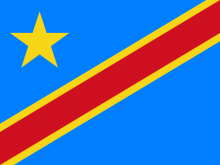 The ruling government in the Congo has opted to ban SMS texting in an effort to prevent more violence in the wake of contested elections, and to prevent mass protests. Given how ubiquitous texting has become, it’s no doubt a scary time for the average citizen of the Congo. Moreso if that person happens to be deaf.

For deaf people living in the Congo, text messages are also a vital tool to ease communication, and more importantly, seek shelter during the continued fighting. Being deaf, these people cannot hear shouting and gunfire, and may be unaware when they should seek shelter.

The government ban on SMS texting comes as a response to that fighting. The aim is to prevent a fast, surreptitious means of communication that can be used to organize anti-government protests and fighting. We’ve seen similar actions in Egypt and Lybia during the Arab Spring revolutions, where those governments sought to quell national uprisings by cutting people off from a means to organize.

Forbes notes that the governments of Iran and Syria both used similar SMS bans during protests.

While losing SMS contact is bad for a revolution, and damned inconvenient for most people, it’s especially hurting the deaf communinity in the Congo. Forbes quotes Pastor Kisangala, a religious leader in Kinshasa’s deaf community, as saying:

“We’re finding it very hard to communicate,” […] “All our communications used to go through SMS messages.”

(Forbes via The Verge via Techememe, image via Wikipedia)