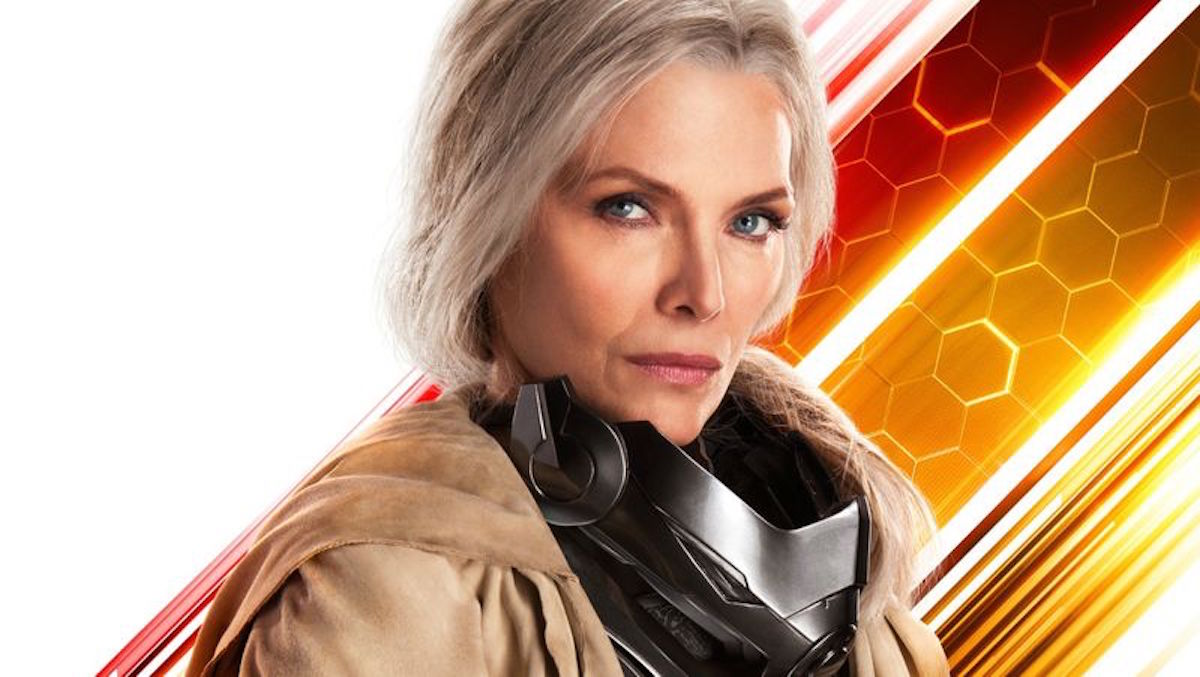 SPOILERS for Ant-Man and the Wasp, ye been warned.

After the epic weep-a-thon that was Avengers: Infinity War, Ant-Man and the Wasp proved to be a playful palate cleanser filled with heart and humor. The movie was entertaining and expanded on the Ant-Man mythos, but if I had one complaint (and I’m a writer on the internet, I always have complaints) it’s that I would have loved to see more of Janet van Dyne (Michelle Pfeiffer).

While the plot of the film centers on Hank Pym and Hope van Dyne trying to locate Janet in the Quantum Realm, we don’t get a glimpse of her until the very end. While this is all surely going to set up the following films in the series, it was still a bummer to not get as much Janet screentime as I was hoping for. Now, Marvel Studios senior concept illustrator Jackson Sze has released some early designs for “Survival Janet”:

Sze describes the design, writing “Imagining Janet having to survive in the Quantum Realm for years. Battle hardened, and self sufficient, she would have modified her suit with materials she found in her alien environment.” This has us hankering for a Janet van Dyne prequel of her years surviving alone in the Microverse and the Quantum Realm. Was she alone? How did she survive? Did she make friends with a loyal tardigrade? We have so many questions.

Marvel has already explored similar territory in the third season of Agents of SHIELD, when Jemma Simmons is stranded on the abandoned alien planet Maveth.

The episode “4,722 Hours” plays like a horror film, as Jemma must fight to survive the harsh planet and its devastating isolation. In my opinion, that episode was one of the best the series has ever done, and it would be exciting to see the MCU’s take on a survival thriller. Until then, fingers crossed that we’ll see more of Janet van Dyne’s adventures in the upcoming MCU films.