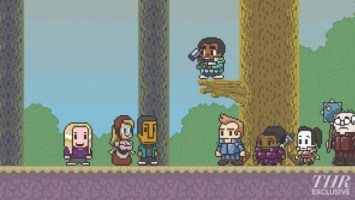 Family Guy’s Seth McFarlane and The Simpsons’ creator Matt Groening are all riled up over Community. And no, it isn’t because Dan Harmon is gone.

A group of creators, producers, and other staff involved in animating wildly popular shows such as American Dad and Futurama, recently released a letter condemning the inclusion of Community in the Emmy category for animated programs, in addition to being eligible for awards in the comedy series and writing categories.

We have been told that animated program writers could not also submit their work for writing Emmys, for reasons we never understood, but supposedly pertaining to the purity of the branches…This letter is in no way intended to be a slight on the terrific show “Community” but a request from us to enjoy the very same rights they now do.  Clearly the Academy’s ban on submitting in multiple categories is being enforced in an arbitrary and unfair manner.  We therefore request that we also be able to submit our programs for both animation and comedy series as well as in the writing category.

Animated shows are not allowed consideration in non-animated writing categories, yet the reverse seems to be fine by the Academy of Television Arts and Sciences, the ultimate arbiter in the matter of which shows are up for which awards.

The Academy released a response statement, citing that while it is a “general rule of the Emmy competition that producers, writers and directors enter separately in their own program or individual achievement categories,” the animated program category is an exception because there is no separate award for animation writing and directing. Community, which for the last two years has included a special animated episode in each season, entered the comedy category vying for individual awards, such as Best Writing for a Comedy Series, in addition to entering their standalone episode in the animated series category as an entire production team. According to the Academy, this can be done if the episode involves a “significant and substantive format change throughout e.g. from whole-episode live action to whole-episode animation.”

What do you think? Is it fair that Community is being considered for both comedy and animated series awards? Should animated series just opt into the comedy category, or should the Television Academy recognize individual animation writers and producers?