The Perfect Comics For Gifting (To Friends, Family, And Yourself) This Holiday Season: Kids Edition! 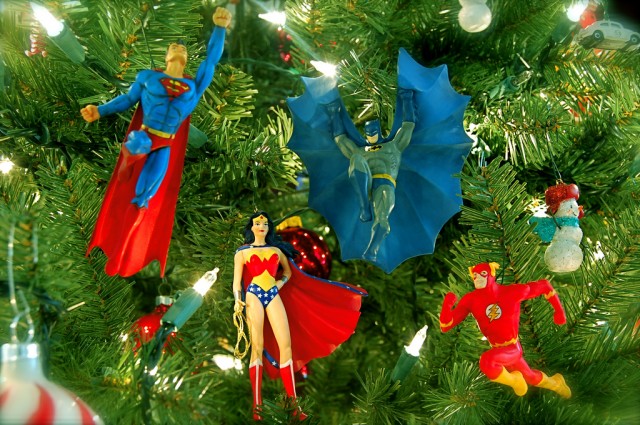 Even in these modern times, getting into comics (or getting others into comics) can be a daunting task. Where do you start? What’s even good? What won’t make you screech like a dying animal and cry over the sexism often inherent to the comics industry? All important questions – and even more important with the winter holidays coming up, when you have the perfect opportunity to pass on your nerdy passions to your friends and family. It’s Christmas/Hannukah/Kwanzaa/Winter Solstice/Yule/etc.; if they complain about a gift and it’s not a fruit cake, they’re jerks who have rained on the spirit of the holiday. Those are the rules.

So, in interest of helping you get the perfect holiday gifts for friends/family (and obviously yourself, once you cash grandma’s check), this Ultimate List of 2014 Easy-To-Be-Addicted-To Comic Amazingness has been compiled. Every comic on this list fits certain criteria. The comics:

You’d think, with criteria like that, there’d only be, like, Ms. Marvel. But we’ve managed to compile over 50 comics!!!! It’s bananas the number of good comics that are out there once you do a little digging. First up, we’ve got all the best comics for the kidlets in your life (and for those of us awesome enough to never grow up). We’ll have a more adult-oriented version up for you later today. So enjoy, Mary Suevians!

Did we miss any comics that are too good to miss? Tell us in the comments below.

Cindy Harre is contributing to the Mary Sue for the first time. When she’s not crying over comics, which is most of the time, she runs Drift Compatible Reviews, a Pacific Rim themed review blog.