The Comey Hearing Transcript, as Told by GIFs

Yesterday, former FBI Director James Comey testified before the Senate Select Committee on Intelligence about his meetings with Donald Trump, which he believed to be inappropriate—not to mention his firing. Between complex legal implications, Comey’s absurdly practiced poker face, and John McCain’s unprompted failing of a cognitive function test, it was a lot to take in, so we decided to take a second look at it—in GIFs.

Here’s a transcript of the hearing (from Politico), edited down to the relevant bits:

BURR: I’d like to call this hearing to order.

BURR: Director, as discussed, when you agreed to appear before the committee, it would be under oath. I’d ask you to please stand. Raise your right hand. Do you solemnly swear to tell the truth, the whole truth, and nothing but the truth, so help you God?

With that, Director Comey, you are recognized. You have the floor for as long as you might need.

COMEY: Thank you, Mr. Chairman. Ranking Member Warner, members of the committee, thank you for inviting me here to testify today. I’ve submitted my statement for the record and I’m not going to repeat it here this morning.

And although the law required no reason at all to fire an FBI director, the administration then chose to defame me and, more importantly, the FBI by saying that the organization was in disarray, that it was poorly led, that the workforce had lost confidence in its leader.

The FBI will be fine without me. The FBI’s mission will be relentlessly pursued by its people, and that mission is to protect the American people and uphold the Constitution of the United States.

And, Senators, I look forward to your questions.

BURR: Director, when the president requested that you, and I quote, “let Flynn go,” General Flynn had an unreported contact with the Russians, which is an offense. And if press accounts are right, there might have been discrepancies between facts and his FBI testimony.

In your estimation, was General Flynn, at that time, in serious legal jeopardy? And in addition to that, do you sense that the president was trying to obstruct justice, or just seek for a way for Mike Flynn to save face, given he had already been fired?

COMEY: General Flynn, at that point in time, was in legal jeopardy. There was an open FBI criminal investigation of his statements in connection with the Russian contacts and the contacts themselves. And so that was my assessment at the time.

I don’t think it’s for me to say whether the conversation I had with the president was an effort to obstruct. I took it as a very disturbing thing, very concerning, but that’s a conclusion I’m sure the special counsel will work towards, to try and understand what the intention was there, and whether that’s an offense.

BURR: Director, is it possible that, as part of this FBI investigation, the FBI could find evidence of criminality that is not tied to — to the 2016 elections — possible collusion or coordination with Russians?

BURR: So there could be something that just fits a criminal aspect to this that doesn’t have anything to do with the 2016 election cycle?

COMEY: Correct. In any complex investigation, when you start turning over rocks, sometimes you find things that are unrelated to the primary investigation, that are criminal in nature.

BURR: In the public domain is this question of the Steele dossier, a document that has been around, now, for over a year. I’m not sure when the FBI first took possession of it, but the media had it before you had it and we had it.

At the time of your departure from the FBI, was the FBI able to confirm any criminal allegations contained in the Steele document?

COMEY: Mr. Chairman, I don’t think that’s a question I can answer in an open setting because it goes into the details of the investigation.

BURR: Thank you. I turn it over to the vice chairman.

WARNER: Now, you’ve had extensive experience at the Department of Justice and at the FBI. You’ve worked under presidents of both parties. What was it about [meeting with Trump] that led you to determine that you needed to start putting down a written record?

COMEY: A combination of things, I think — the circumstances, the subject matter and the person I was interacting with. Circumstances first: I was alone with the president of the United States — or the president-elect, soon to be president.

The subject matter: I was talking about matters that touch on the FBI’s core responsibility and that relate to the president — president-elect personally.

And then the nature of the person: I was honestly concerned that he might lie about the nature of our meeting, and so I thought it really important to document.

RISCH: Yesterday, I got, and everybody got, the seven pages of your direct testimony that’s now a part of the record, here. And the first — I read it, then I read it again, and all I could think was, number one, how much I hated the class of legal writing when I was in law school.

And you were the guy that probably got the A, after — after reading this. So I — I find it clear, I find it concise and, having been a prosecutor for a number of years and handling hundred — maybe thousands of cases and read police reports, investigative reports, this is as good as it gets.

And — and I really appreciate that — not only — not only the conciseness and the clearness of it, but also the fact that you have things that were written down contemporaneously when they happened, and you actually put them in quotes, so we know exactly what happened and we’re — and we’re not getting some rendition of it that — that’s in your mind. So…

RISCH: You wrote down the words so we can all have the words in front of us now. There’s 28 words there that are in quotes, and it says, quote, “I hope” — this is the president speaking — “I hope you can see your way clear to letting this go, to letting Flynn go. He is a good guy. I hope you can let this go.”

Now those are his exact words, is that correct?

RISCH: And you wrote them here, and you put them in quotes?

RISCH: Thank you for that. He did not direct you to let it go.

COMEY: Not in his words, no.

RISCH: He did not order you to let it go.

COMEY: Again, those words are not an order.

Do you know of any case where a person has been charged for obstruction of justice or, for that matter, any other criminal offense, where this — they said, or thought, they hoped for an outcome?

FEINSTEIN: Let me begin with one overarching question. Why do you believe you were fired?

COMEY: Guess I don’t know for sure. I believe the — I take the president at his word, that I was fired because of the Russia investigation.

Now, look, I — I could be wrong. Maybe he’s saying something that’s not true.

But I take him at his word, at least based on what I know now.

FEINSTEIN: Talk for a moment about his request that you pledge loyalty, and your response to that and what impact you believe that had.

FEINSTEIN: Now, here’s the question: You’re big. You’re strong. I know the Oval Office, and I know what happens to people when they walk in. There is a certain amount of intimidation. But why didn’t you stop and say, “Mr. President, this is wrong. I cannot discuss this with you”?

COMEY: It’s a great question. Maybe if I were stronger, I would have. I was so stunned by the conversation that I just…

And, look, I — I’ve seen the tweet about tapes. Lordy, I hope there are tapes.

Again, maybe other people would be stronger in that circumstance but that — that was — that’s how I conducted myself. I — I hope I’ll never have another opportunity. Maybe if I did it again, I would do it better.

FEINSTEIN: You described two phone calls that you received from President Trump, one on March 30 and one on April 11, where he, quote, “described the Russia investigation as a cloud that was impairing his ability,” end quote, as president, and asked you, quote, “to lift the cloud,” end quote.

What — how did you interpret that? And what did you believe he wanted you to do? 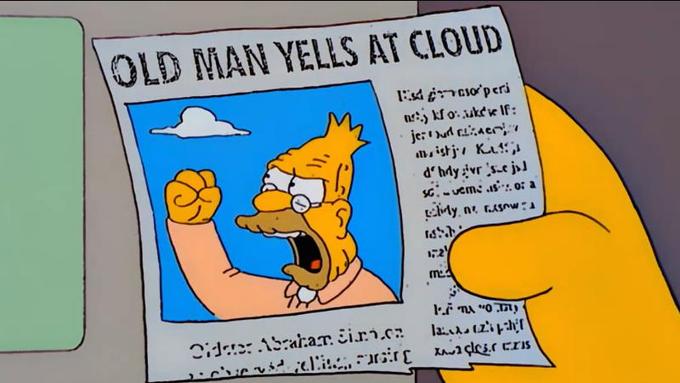 RUBIO: So — so, when the president turns to you and says, “Remember, I never brought up the McCabe thing because you said he was a good guy,” did you perceive that to be a statement that — I took care of you, I — I didn’t do something because you told me he was a good guy. So now, you know, I’m asking you, potentially, for something in return? Is that how you perceived it?

COMEY: I wasn’t sure what to make of it, honestly. That’s possible, but it — it was so out of context that I didn’t have a clear view of what it was.

WYDEN: In talking to Senator Warner about this dinner that you had with president, I believe, January 27th, all in one dinner, the president raised your job prospects, he asked for your loyalty and denied allegations against him — all took place over one supper.

Now, you told Senator Warner that the president was looking to, quote, “get something.” Looking back, did that dinner suggest that your job might be contingent on how you handled the investigation?

COMEY: I don’t know that I’d go that far. I — I got the sense my job would be contingent upon how he felt I — excuse me — how he felt I conducted myself and whether I demonstrated loyalty. But I don’t know whether I’d go so far as to connect it to the investigation.

COMEY: Or at least consider how what you’re doing will affect the boss as a significant consideration.

WYDEN: How would you characterize Attorney General Sessions’s adherence to his recusal, in particular with regard to his involvement in your firing, which the president has acknowledged was because of the Russian investigation?

COMEY: That’s a question I can’t answer. I think it’s a reasonable question. If — if, as the president said, I was fired because of the Russia investigation, why was the attorney general involved in that chain? I don’t know, and so I don’t have an answer for the question.

WYDEN: Now, the — Acting Attorney General Yates found out that Michael Flynn could be blackmailed by the Russians, and she went immediately to warn the White House.

Flynn is gone, but other individuals with contacts with the Russians are still in extremely important positions of power. Should the American people have the same sense of urgency now, with respect to them?

COMEY: I think all I can say, Senator, is it’s a — the special counsel’s investigation is very important. Understanding what efforts there were or are by the Russian government to influence our government is a critical part of the FBI’s mission, so — and you’ve got the right person in Bob Mueller to lead it.

So it’s a very important piece of work.