Comet to Buzz Earth This Week, Watch It With Your Own Eyes 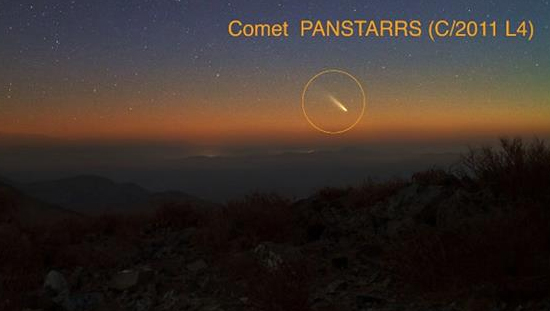 Sure, you can watch an alien on TV, but it’s way more arresting when one walks right by your open window, right? In the same vein, it’s particularly exciting when a piece of space debris — like, oh, a comet — shoots by our own atmospheric windshield. That’s right, folks.The comet known as C/2011 L4 will be buzzing the Earth this week, and it will be visible to the naked eye.

Although C/2011 L4 likely originated millions of years ago in the Oort cloud — that hypothesized comet-filled haze of ice, ammonia, and methane that rings our Solar System — we’ve only known about it since June of 2011, when the Pan-STARRS telescope in Maui spotted it. It’s not the biggest or brightest comet we’ve seen, but it’s still ours to see. C/2011 L4 is even said to have a young photometric age and is therefore considered a “baby comet.”

When it leaves us after this week, it’ll be at least another 110,000 years before we see it again. Which is of course sad, but it’s not like there aren’t more fish/comets in the sea/universe.

This baby comet won’t be as bright as the famous Halley’s Comet, but it’s still worth watching if you’re available to look for it. Currently, C/2011 L4 — Lil’ 4 to its friends — can only be seen by telescope in the southern hemisphere, but now it’s headed north and will blaze through all our skies as it comes into closer proximity to the Sun. As long as you’ve got clear skies, you’ll be able to see it yourself after dawn on the 7th, trailing gases of material that spent time on the fringes of our Solar System. Crazy far away. 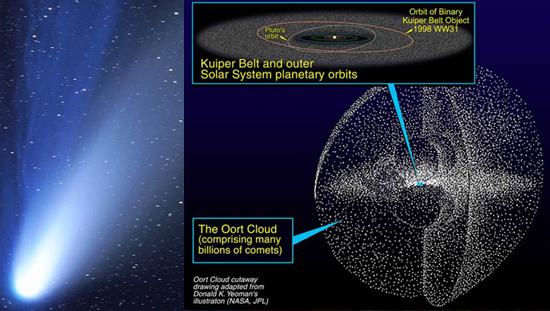